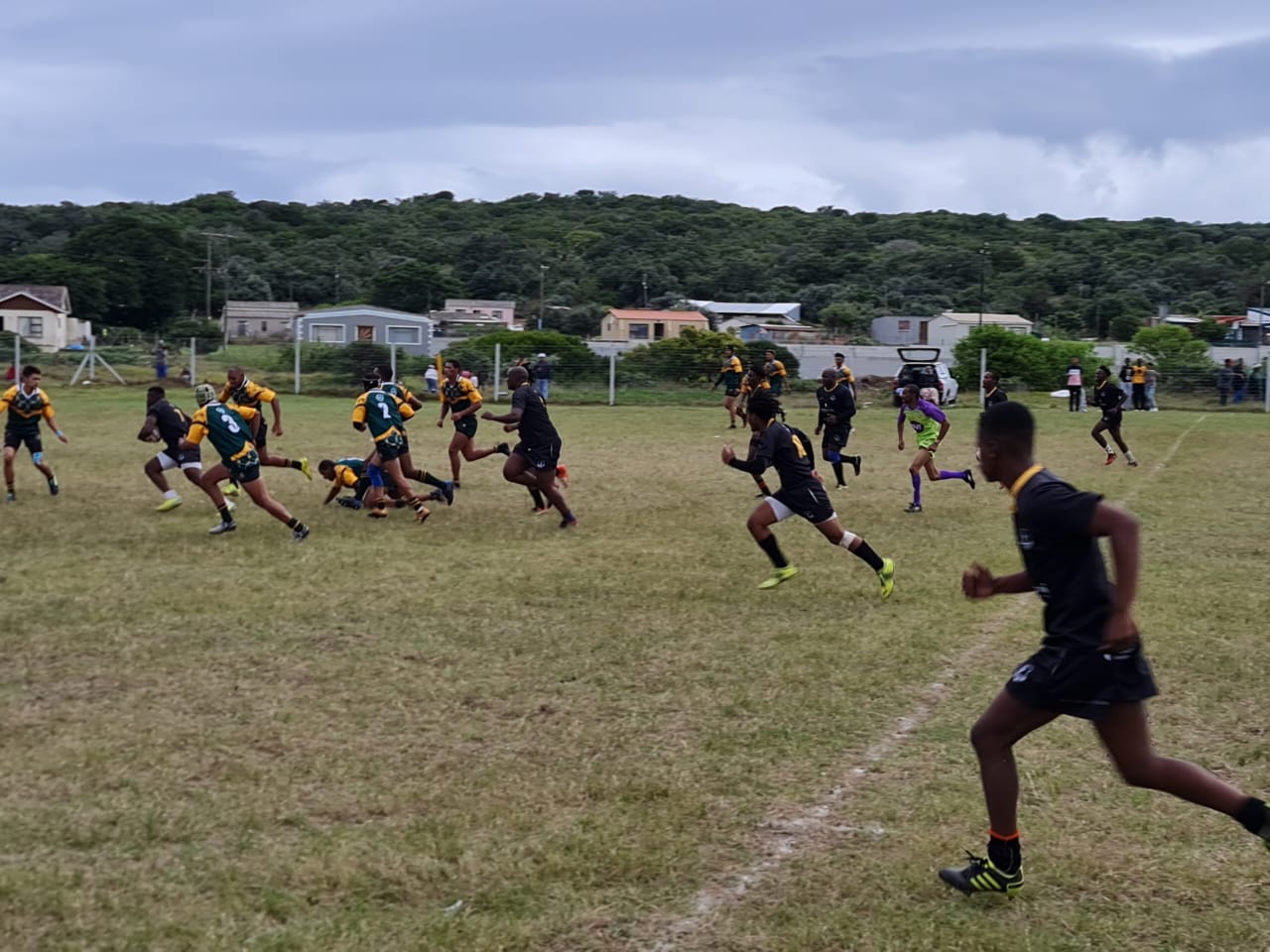 Klipfontein United 1st maintained their unbeaten record in the EPRU Sedru Regional League by thrashing Nemato Tigers in a 62-5 bonus-point win in Bushmans on Saturday.

There were perfect conditions for rugby as Klipfontein United took on Nemato Tigers in their league encounter in front of a large local crowd. It was also an ideal start to the game as Klipfontein disrupted the breakdowns and secured a penalty on the opposition’s ten-metre line, resulting in a brilliant break from John Hutchison from the scrum as Klipfontein’s number 8 drew in two players and passed to Dylan Graaf, who scored in the left-hand corner for the first points.

Seventeen minutes into the game, Klipfontein prop Denver Hitzeroth scored after four phases of structured play to score the game’s second try. Nemato Tigers kicked deep into the 22 of United spurring a brilliant counter-attack from Denver Miles, who scored a breakaway 30m try under the poles for United. United took a healthy 19- 0 with 10 minutes left of the first half. John Hutchison slotted a penalty to end the first half 22-0.

At the start of the second half, Nemato Tigers caught United off guard with quick hands to score their first and only try of the match in the corner. 22-5 to United.

After a scrum was awarded to Nemato Tigers, the Klipfontein defence was kept busy for 10 minutes. Nemato buckled and turned over the ball to Klipfontein. Aiden Olivier’s kick into the corner was well chased by Junaid Van Rensburg, who scored his first try in the league. After that, Junaid Van Rensburg scored two more brilliant tries moving the score to 39-5. United then ran riot and rained in the tries, securing a 62- 5 win.

Grocott’s Mail Sport Man of the Match went to Junaid van Rensburg who scored a hat trick and was absolutely brilliant both on attack and defence.

Nicklon Cannon, the head coach of Klipfontein, praised his players for their attacking style of rugby and their ability to score tries.