The fairy godmothers of graduation 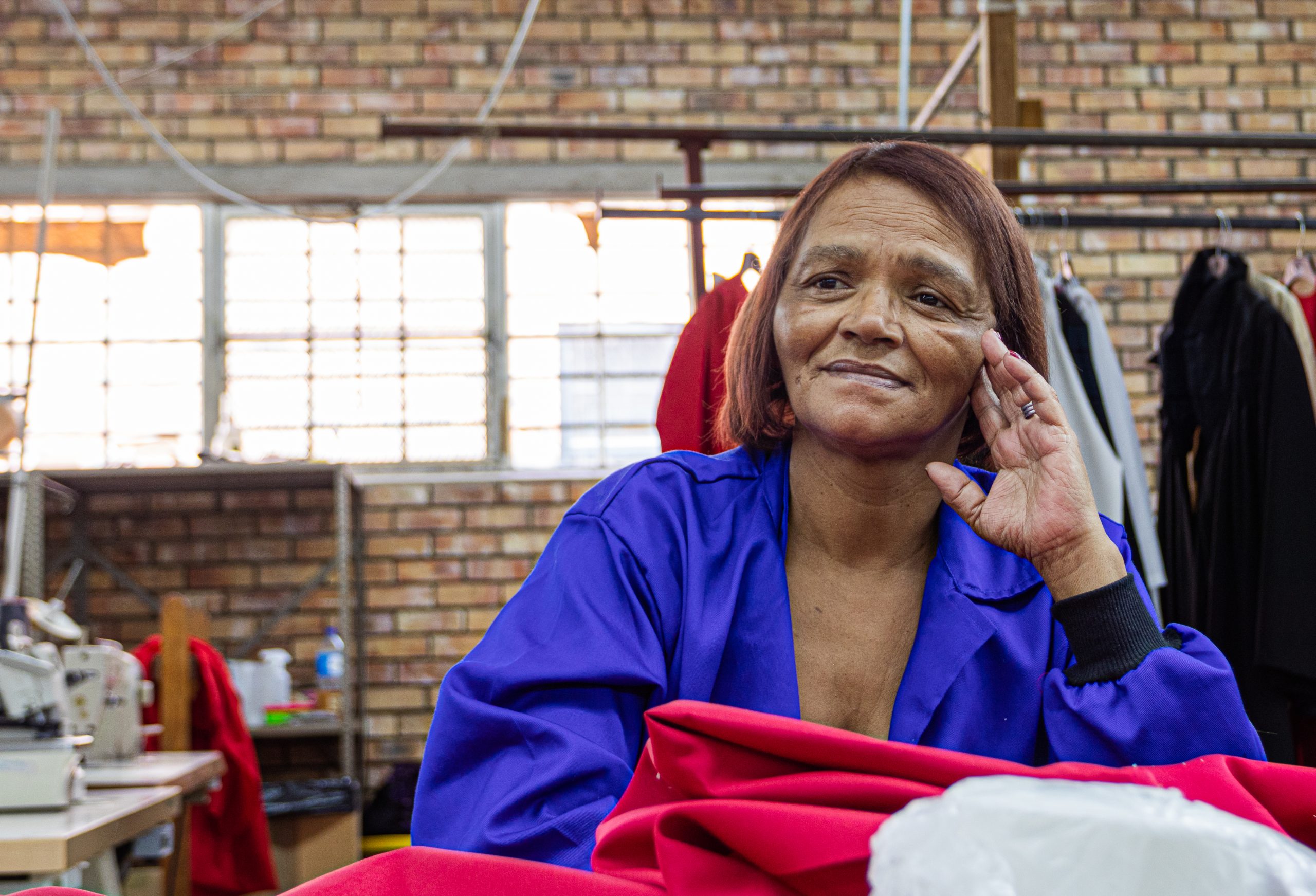 Mary Strydom, the longest-serving employee at the Birch’s factory. This is her 46th year in service. Photo: Salena Fourie

Throughout this week, glasses have clinked in toasts and celebrations as Rhodes University students attended the first in-person graduation ceremonies since 2019.

When students fit graduation gowns and receive their degrees this week, many will reflect on their hours of toil. Most, if not all, will give some thanks to families, friends or academic staff for contributing to their academic success.

But, on this last stop on the scholarly road, some contributors may go unacknowledged – the fairy godmothers of T Birch & Company (Pty) Ltd.

Many of us are familiar with the Birch’s store on High Street. Most graduates would have hired or purchased their graduation gowns there this week.

However, the Birch’s factory lies on the outskirts of town on Froude Street.

As much as the black or red graduation gowns look like generic, mass-produced products, they are individually sewn, cut and stitched by skilled men and women of this community.

And every stitch is checked by hand.

In addition to academic wear, clerical, municipal, and religious garments are also made here.

“Most of the material and ribbon is sourced from the UK,” says Neville Gill, pointing to beautiful gold and silver-patterned ribbons.

Neville is primarily involved in the ribbon and button section. Every button he makes is individually manufactured in distinct university colours with a small, manual machine.

Most of the staff members have worked at the factory for ages. With 46 years of service, Mary Strydom is currently the longest-serving employee. Her son also works at the factory.

Most staff live close to the Froude Street factory, and most speak Afrikaans.

With over 200 staff members, Birch’s is the third-largest employer in Makhanda. Despite the size of the operation, it is a close-knit community.

Family values course through the factory – ageing family photos are stuck on the faces of the sewing machines.

Massive quantities of fabric, ribbon, cotton and buttons are an everyday sight to Birch’s staff members.

I, however, struggle to comprehend most of the processes and quantities of fabric before my eyes. When I ask how many metres of cloth are used during a time like graduation, my question is followed by puzzled laughter. The quantities seem unfathomable.

Factory manager Jason Blignaut estimates that around 20 000 – 40 000 metres of graduation material are used during a ‘normal’ year.

The Covid-19 years were anything but normal.

As the largest manufacturer of academic attire in Southern Africa, Birch’s relies heavily on university graduation ceremonies as its primary source of income. And when students were not able to attend grad, the need for academic attire fell away.

The factory had to make other plans to stay afloat. Birch’s started manufacturing a range of Personal Protective Equipment (PPE), such as masks and medical scrubs. But, they were hit hard.

Additionally, the factory had to rebuild after a massive fire burnt it down in 2017, right before Rhodes University’s graduation.

Thankfully, the factory is buzzing again from the number of gowns they have and still need to make for graduations across the country. They are assured of a busy yet blessed work season and will celebrate along with the students.

When the graduates leave town and pursue their new callings, the fairy godmothers of graduation will still be in Froude Street, busying themselves with next year’s gowns and hoods.