If these walls could speak 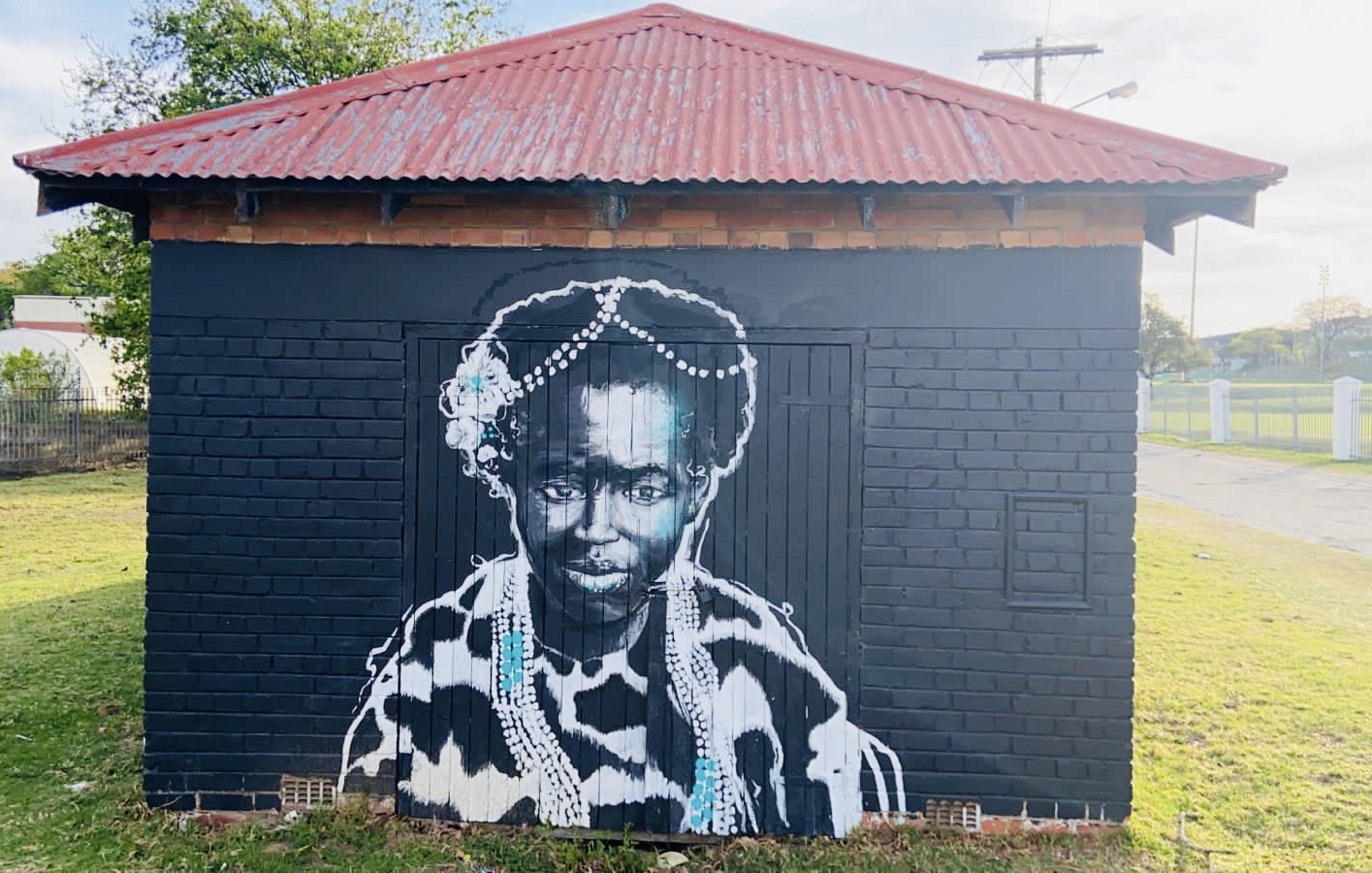 Betela's mural of a South African religious leader, activist, and the first black South African woman to graduate with a university degree, Charlotte Maxeke, at the power substation on the corner of Somerset and African Streets. Photo: Efese Betela

Betela was one of 100 artists chosen to participate in the Presidential Employment Programme supervised by the Amazwi National Literature Museum. The artists chose between three themes: Covid-19, gender-based violence (GBV), and national symbols. He evidently decided to kill two birds with one stone.

Betela said this idea came as a spark while walking past the Legends store. “I thought to myself, ‘How about I follow the store’s name and draw something about a legend who passed away before the arrival of the Covid-19 pandemic.”

He put a Covid-19 on Mandela as an artistic provocation.

His passion for art became evident between the ages of eight and ten years old during his time at Good Shepherd Primary School. Teachers noticed his artistic talent through his constant classroom scribblings. He also started a ‘small business’ making and selling comic books to his schoolmates.

In 2019, Betela completed a mural at a clinic in the Addo Elephant Park for National AIDS Day, working under the supervision of the former Eastern Cape health MEC Sindiswa Gomba and the South African National AIDS Council.

Betela has been involved in National Arts Festival theatre and performance events. And he is also a designer specializing in designing logos and graphics for sneakers and clothing items.

From 2009-to 2012, he worked as a freelance cartoonist for Grocott’s Mail and hosted an exhibition of his work in collaboration with the late filmmaker Xola Mali.