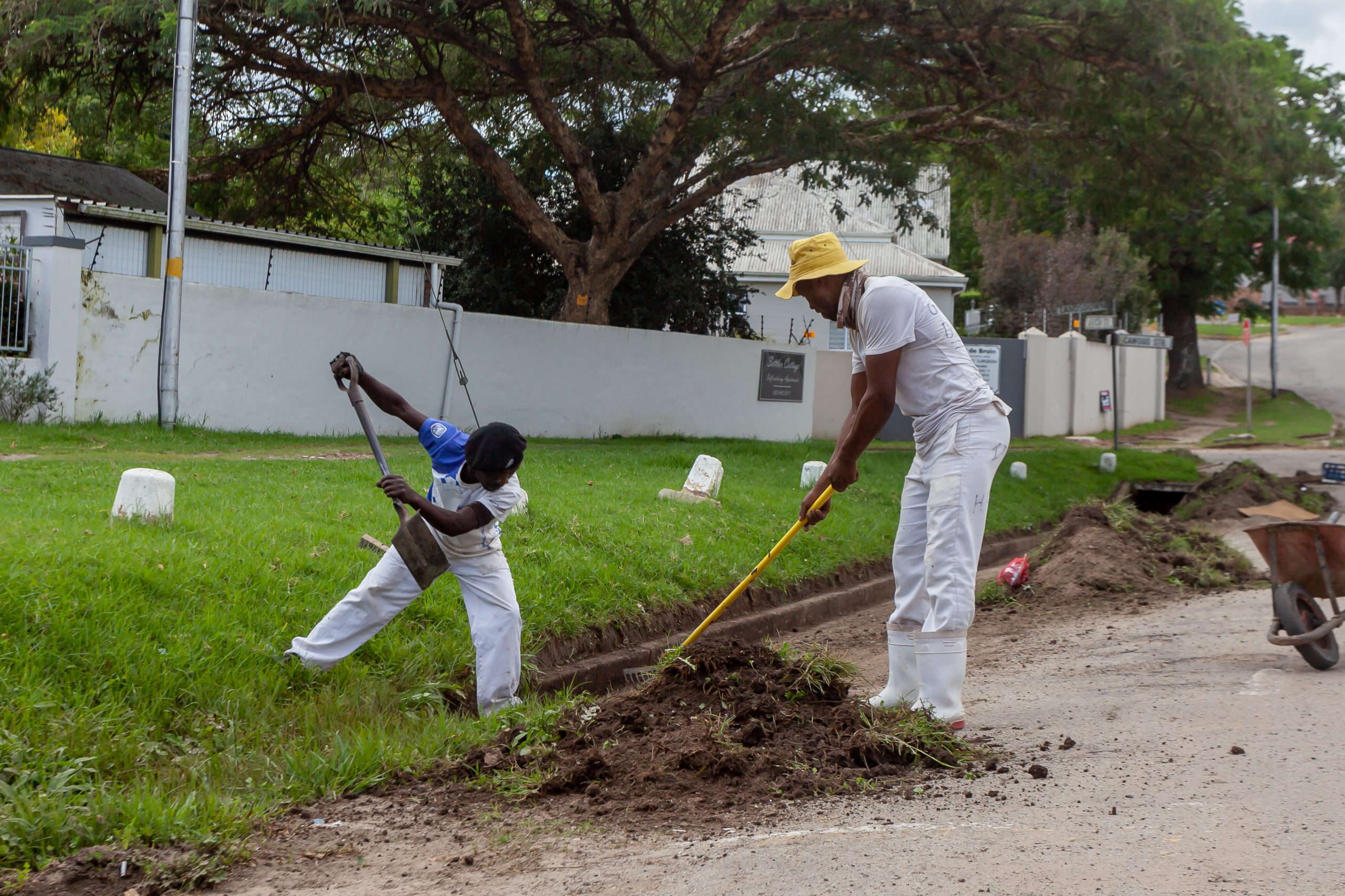 Vukuzenzele! – a Xhosa adage that means ‘get up and do it yourself’.

The men are not dismayed; they are still working at cleaning up the streets of Makhanda, weeding out long grasses along storm water drains, and sprucing up the pavements.

This is the responsibility of the Makana Municipality, requiring substantial capacity, tools, and sustenance. Despite this, the trio has kept at it and improvised.

However, as they plough through more streets, they face constraints. A key challenge is getting rid of the debris, which, if left unremoved, might cause harm to motorists, pedestrians, and the very storm drains that were being cleared by these men.

Heaps of debris can be spotted along the streets where these men work. According to Lali, “David [Rogerson] from Remax has been very generous and helpful in this regard”, but more help is needed.

The team is willing and prepared to pack up and load the debris if people with bakkies “would be so kind as to assist us”.

The 25-year-old said, “I completed my matric in 2017 but have been unemployed, and so working with Lali and the team has brought some relief in my life as I l have a baby who depends on me. It’s hard work, but it makes a difference in my life.”

The Vukani-based men have difficult backgrounds and struggle to make ends meet. They now clean the unkempt streets of the city with passion and dexterity while soliciting R5 donations.

Gardening tools and debris pick-ups would go a long way, they said.

Previous ArticleSomething fresh awaits
Next Article Slow down, the tortoise wins the race