Not all heroes wear capes – some wear a Dogi 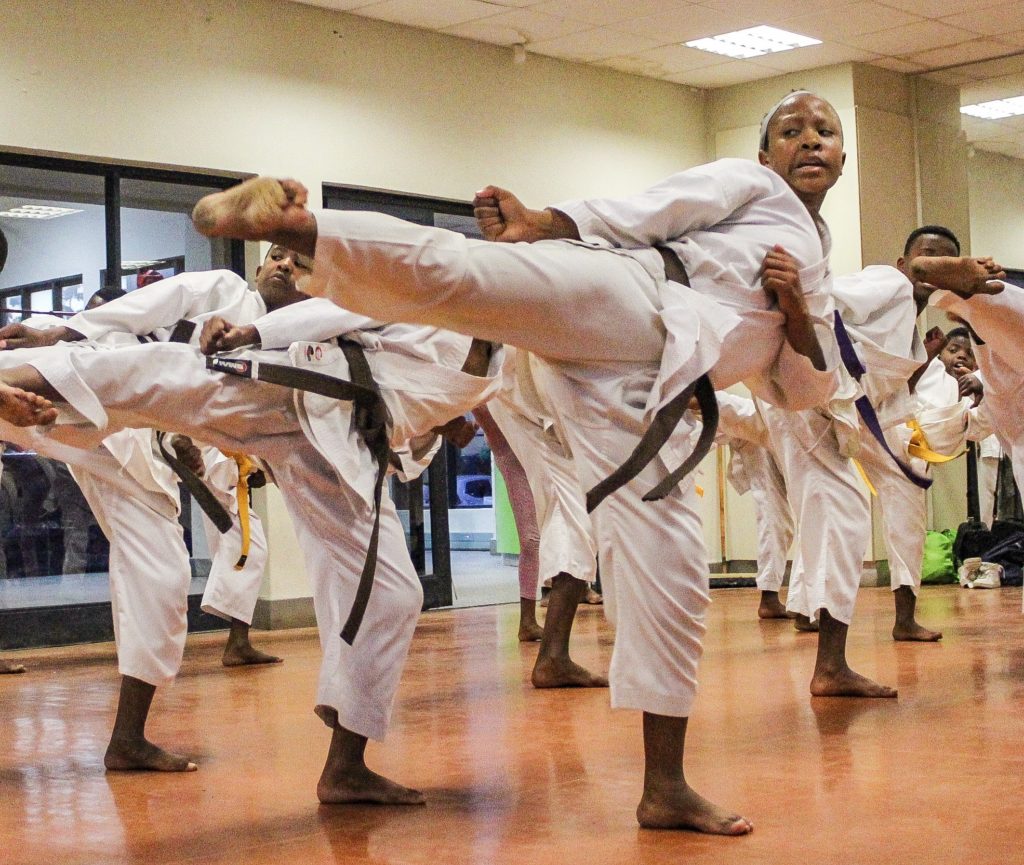 Joza Karate Club members embody what discipline and hard work can achieve, in this file photo from 2018. Photo: Stephen Kisbey-Green

The Joza Karate Club recently came back from the National Championships in Gqeberha with 13 gold medals, eight silvers, and four bronze – a staggering haul of 25 medals from the 31 club members who entered the competition.

Sensei Mzwandile Matebese, head instructor and founder of the club, said he couldn’t be more proud of his team’s achievements.

With passion and commitment, his team overcame considerable odds to achieve greatness.

Challenges are part of the journey, said Matebese.

Club members sometimes miss training sessions because they rely heavily on a public facility, the Indoor Sports Centre, often used for other purposes.

Matebese hopes that the Joza Karate Club will one day have a venue of its own.

He acknowledged the support from the community, especially parents who do all they can to support the club and encourage their children to practice karate and other sports.

Parents say they believe in what he is doing. They see great results – not just the medals but improved focus and performance at school.

“Karate is not about fighting. The main purpose of karate is discipline. If it weren’t for sports activities in Makhanda, several kids would, unfortunately, be in jail now,” Matabese said.

He is struggling to get a primary sponsor for the club and relies heavily on contributions from local people.

“It was through the grace of individuals that we were able to compete in the national competition,” he said.

In 2019, Thanduxolo Royi represented the club at the World Championships, but Matebese would like to see more club representatives gracing the international stage.

Having achieved glory at the national level, Matabese is hopeful that at least one of his current charges will compete at the African Zone Championship and the World Championship.

“It would mean everything to see more club members representing not just South Africa but Joza on the international stage.”

“There is a lot of potential and talent here in the townships, but all of that talent can fade away right. The community’s responsibility is to ensure that we get our kids to be active and motivated. I hope that our success in the nationals has moved some of the kids who were not there to join the club.”

Matabese said fellow township karate trainers needed to understand the challenges. “You will get tested as an instructor, and on several occasions, you will feel like giving up, as many have unfortunately done. Therefore, my advice is that they do not give up.

“If they do it for money, they surely will give up. But, if they have a passion for karate, they must preserve and share the knowledge.”