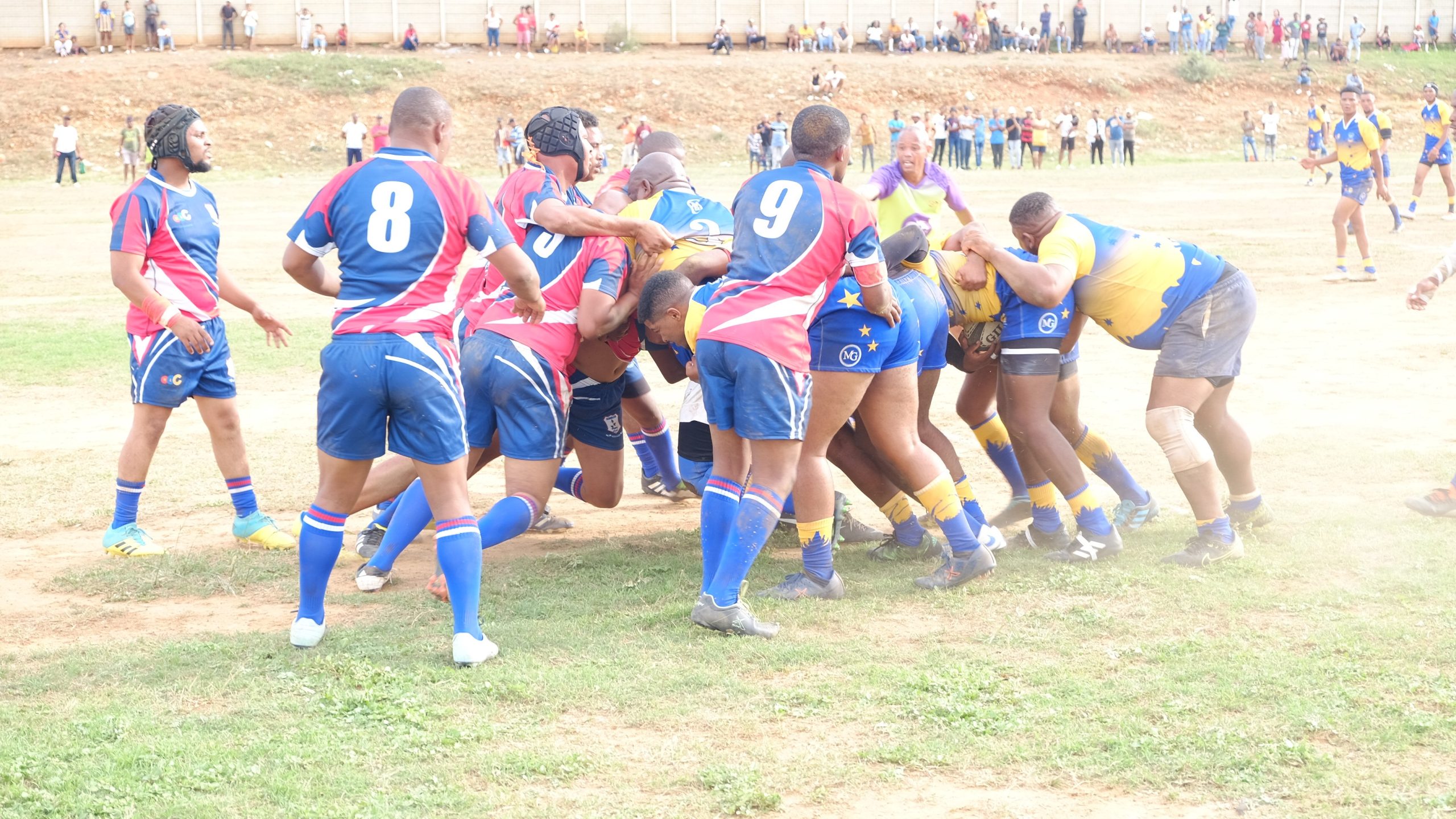 The much anticipated Alicedale Rugby Derby between Rosebuds and St Mark’s took place last weekend, with St Mark’s getting the first punch in with a dominant 26-3 bonus-point win over its arch rivals at the Alicedale Sports Ground.

The hot and warm, humid weather conditions didn’t stop the rugby enthusiasts from rocking up at a packed ground. The Alicedale Derby is one of the biggest in the Eastern Cape. On Saturday, it was no different, with spectators coming from Makhanda, Alicedale, Paterson, Addo and surrounding areas.

The small town is home to passionate supporters and, most importantly, talented rugby players.

The two teams locked horns in the first of their Eastern Province Rugby Union (EP) Sedru League fixture encounters as the league officially started. The Derby, as expected, was physical, hard, brutal, intense and played at a very high pace and intensity.

It was apparent that St Mark’s forwards would dominate, and as a result, they enjoyed great territorial advantage and possession. St Mark’s bigger and heavier forwards laid the platform upfront and dominated at scrum time and line outs. The bulldozing runs of the Bulls were also very effective as they gained much-needed metres and momentum with the ball in hand.

Their trademark line out drives put them on the front foot and resulted in scoring opportunities. Rosebuds look pretty solid with ball in hand out wide and in open space, but couldn’t capitalize due to unforced errors and silly mistakes. The rucks were a bit scrappy as both sides were eager to win possession, resulting in many penalties in ruck situations.

St Mark’s captain Cameron Jewell opened the scoring with a try after a line out drive in the opposition’s 22m area to give his side an early 5-0 lead. Rosebuds replied immediately after that with a penalty from fly-half Algen Buys to narrow matters 5-3. St Mark’s then gained more momentum and played to their strengths using their bigger and more powerful forwards. 130kg prop forward Brian Buys bulldozed his way over for the second try right underneath the post. Fly-half Ettienne Blou converted to extend the lead to 12-3.

The physicality continued, and both teams launched wave after wave of attack at each other, with the large crowd on their feet cheering them on.

Rosebuds started to play with more confidence, with Captain Nico Kock (eighth man) and Glyn Arends (scrumhalf) playing pivotal roles on attack. Their momentum was again short-lived as St Mark’s forwards set up good phased ball for their backs, resulting in former EP U/19 winger Cole Kirkwood taking a neat break and offloading to full back Latin Botha, who scored a fine try in the left-hand corner.

Cameron Jewell slotted the conversion as his side took a comfortable 19-3 lead. St Marks played with 13-men for the last 10 minutes of the first half as two of their players were yellow carded.

The second half promised to be a humdinger as both teams were looking to introduce their “Bomb Squads” to put more oemf and fire on the park. The young guns of St Mark’s flanker Kepler Louw and winger Cole Kirkwood played with more confidence and were dangerous with ball in hand on attack and defence. Strong Rosebuds centre Charl Barthers also proved a handful on attack and took up a few bursting runs.

St Mark’s continued where they left off in the first half and put pressure on Buds that resulted in one of their silly mistakes when they tried to run from within their 22 and put in a chip kick that landed in the hands of Cole Kirkwood, who made no mistake to score. Cameron Jewell again slotted the conversion high between the uprights as Bulls took a 26-3.

The bulls were looking to extend their lead as a scrum was rewarded five meters from the Rosebuds try line, but unfortunately, the game was stopped as a result of an incident outside the field of play, with 10 minutes in the second.

Unfortunately, the game was called off as Rosebuds Management decided not to continue and handed the deserved win to St Mark’s.

For his outstanding all-around performance, Brian Buys was the Grocott’s Mail Sport Man of the Match.

St Mark’s Head Coach Donovan Williams was very pleased but also optimistic about his side’s Derby win. “Generally, the game did not live up to the expectations that a derby deserves. It was, for the most part of the game, a one-sided affair. Our strengths were in the scrums, mauls, and lineouts, and they combined well with my backline, which created scoring opportunities for forwards and backs.
We lacked patience on the ball, and off the ball, we were not accurate at rucks and the securing off our ball at the breakdowns.

“Our discipline on defence and our attack also need improvement, and the two yellow cards is a testimony of that, but I must praise the guys for the overall discipline that was very good, as we must improve in that aspect of the game. The players that stood out was Cole Kirkwood, Kepler Wessels and Brian Buys.

“We are preparing for the next match focusing on bettering all the things we lacked in the match against Rosebuds, and going forward, we just want to get better in playing the game.

My last comment is on the off the field issue. I am not happy with what took place between both clubs as we are trying to have a good sporting relationship with our arch-rivals in Alicedale,” he said.