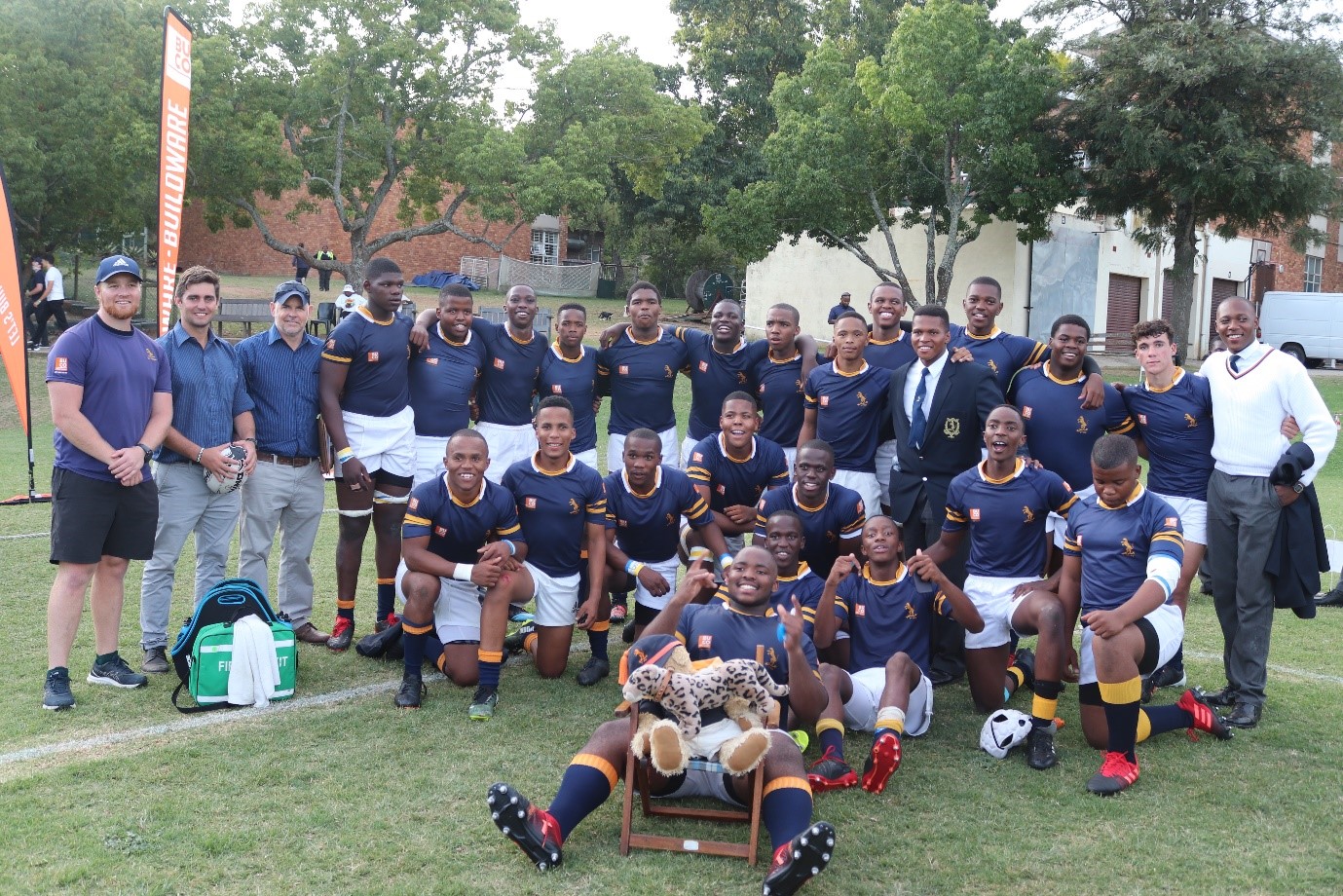 The Graeme first XV that held the might of Selborne College at bay. Photo: Ovayo Milisa Novukela

The Eastern Cape schools’ rugby season blasted into orbit at the annual Graeme Day Rugby Festival on Saturday, featuring some of the province’s most dominant and popular teams.

The first of the matches involving local sides saw SAC take on Gqeberha-based Framesby. SAC started well in the first 15 minutes with great intensity and tempo, especially with the ball in hand, but Framsby began to look very comfortable with the ball in the second quarter. Framesby prised open gaps in the SAC defence, culminating in a try in the 35th minute.

But, shortly before half-time, SAC hit back with a try of their own through fly-half, Nick Lane.

Lane’s game was fantastic to watch – he created opportunities and had a great kicking game.

The major let-down for St Andrews was their critical decision making when they were in their opponent’s 22. They made errors, which resulted in costly penalties.

Framesby were clinical in capitalising on those mistakes, causing problems in the SAC defensive structure.

SAC tried to fight back in the latter part of the game, but it was too little too late, despite the electrifying, goosebump-inducing war cries emanating from their schoolmates on the sidelines.

Andrew Royle’s boys were in spectacular shape and conditioning, though, and their tempo throughout the match was fast – fast to clean up rucks and fast in moving the ball across the field. But, they ended up on the wrong side of a tight 22-24 scoreline.

Kingwood College took on Queenstown powerhouse, Queen’s College. The match began explosively as both teams tilted at each other with full force. By the second minute, outside centre Tadira Chikutiro had sliced through the Queens defence to give Kingswood an early lead.

Queens dominated territory and possession for most of the first half but could not convert their dominance into try-scoring opportunities.

Queen’s scrums were powerful and organised, their lineouts were on point, and their forwards were ever-present, contesting every ruck and mall in the first half.

Queens applied even more pressure in the second half, upping the intensity, increasing the tempo and producing some of the most beautiful rugby movements of the day. But, the game was turned on its head when Kingswood fly-half Letho Gwarube intercepted the ball and sprinted almost 60 meters to score a great try.

With their ‘never say die’ attitude, Queens maintained territory and possession but lacked critical decision-making in their opponents’ 22. Kingswood held out for a 14-3 win.

It is hard to believe the final scoreline – Queens College played great rugby. But Kingswood sustained a tremendous defensive structure when it mattered most.

Selborne are known for their explosive starts to their match, but this time it was Graeme that looked more dangerous.

Graeme used their home advantage to the maximum, and they dominated possession in the first quarter. They were rewarded with a try by winger Asemahle Mbanga through a beautiful pass kick from fly-half Lagen Orsen.

Orsen’s kicking game was impressive – he created pressure on the back three and exploited gaps in the Selbourne defence with beautiful counter-attacking moments.

Graeme’s massive psychological advantage was exemplified by the silly mistakes Selborne made in the first half. Graeme College Head Coach Jonty van der Meulen said they could have buried the game in the first half, but mistakes and handling errors cost them.

The second half was all about Selborne; they showed the dominance that has earned them their reputation as one of the best rugby schools in the Eastern Cape. They were calmer, more precise, clinical and dangerous areas – a dominance which resulted in a Selborne try.

Selborne wanted to finish the game off. They might have, but a controversial try was disallowed after the Selborne player’s foot seemed to have touched the touchline before the player could place the ball over the try line.

Graeme showed resilience and discipline to hang onto a brave 7-7 draw.

The player of the match was AC Mnandi for his tackling and lineout steals.

Previous ArticleGenerous Makhandans respond to cleaning trio
Next Article Makhanda, what’s going on? And what is going wrong?