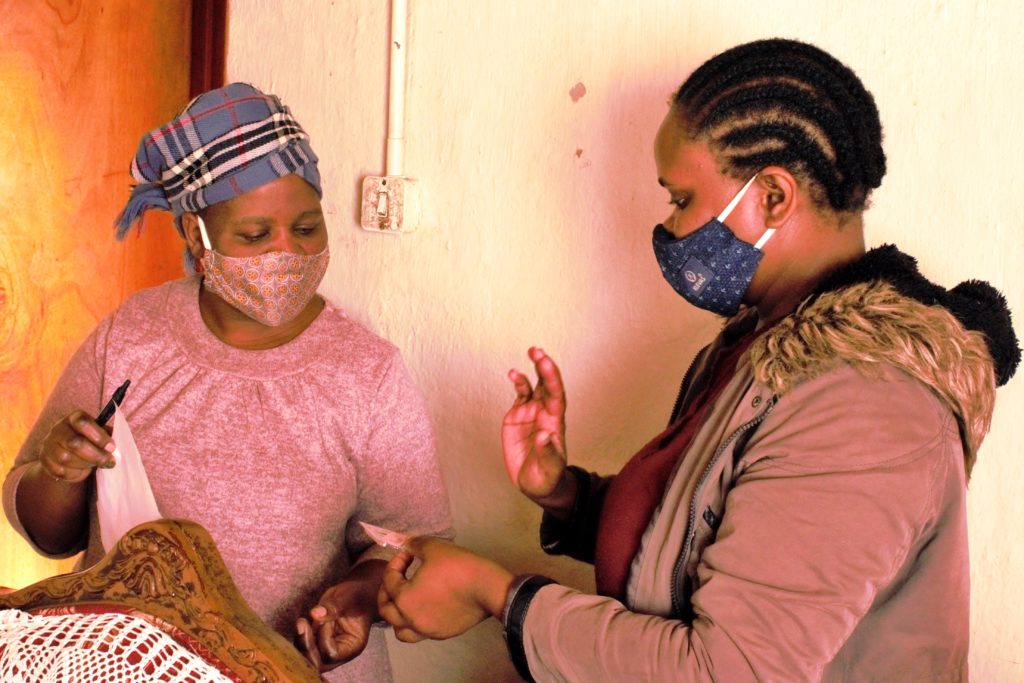 An SD card - packed with learner support materials - is handed over to a Vulindlela parent. Pic: Dylan Coetzee

Mary Waters High School alumni Zizipho and Azizipho Nqoqo, 19, say they doubt they would have passed matric if it was not for community engagement projects like the SD Card Project. The Joza-based twins attained Bachelor passes last year and are currently BA (Politics and Sociology) first-year students at Rhodes University.

Their school was one of four no-fee paying schools in Makhanda that received SD Cards loaded with study materials last year and given to each matric learner to access learning material. The cards can be inserted into a cell phone, tablet or laptop.

The project is part of the Rhodes University Vice Chancellor’s Education Initiative. It raises funds to buy 32 Gig SD cards, costing R110 each, and loads them with relevant study material for matric learners. It aims to purchase and load 540 SD cards to give to every matric learner at no-fee paying schools in Makhanda this year.

Currently, however, the project only has enough donations to cover two schools. Nqowana appeals for more contributions, so the SD cards may be delivered at the start of the second term.

The Nqoqo twins’ cards were beneficial when they needed to understand a topic they had not entirely understood or covered in class. This was especially important given the many disruptions their school faced last year.

Apart from the national Covid-19 lockdown disruptions, their school also experienced a three-week shut down during the second term when parents protested against poor performance in the lower grades and teacher shortage.

“The protesters wouldn’t even allow the Grade 12s to go to school because that would have defeated the purpose of their protest,” the girls explained.

The SD cards helped them cover the inevitable backlog that would have resulted from such disruptions.

“The videos were the most helpful,” the twins stated while explaining that the SD cards contained Mindset Learn video lessons, past papers, textbooks and even novels for leisure reading.

“The videos were like tutorials that taught us using examples and less complicated language,” said Azizipho.

“Yes, you can even learn new things from them,” agreed Zizipho.

Please contribute by depositing funds to reach the target of 520 cards – RUCE and the School of Journalism will do the rest.

Deposits can be made to: