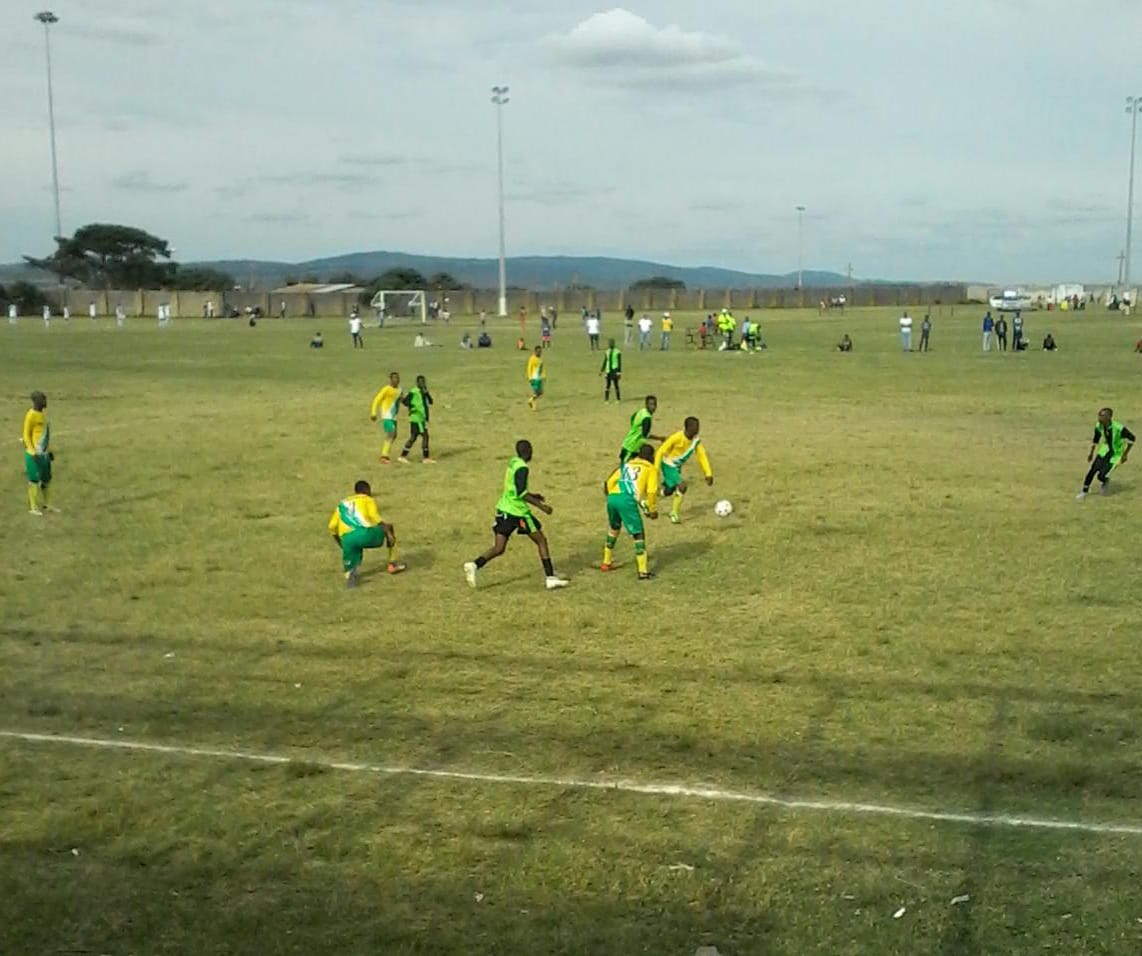 Jacaranda Aces in yellow and green against Maru in lime and black in their SAB game.

The biggest ever crowd since the beginning of this season packed JD Dlepu stadium on Saturday for Makana LFA games, but the main game of the day was an SAB regional league clash.

Jacaranda Aces hosted log leaders Maru in the local derby. It was a hugely anticipated game, but it did not produce fireworks.

It was more like an exhibition game as both teams held back a little and did not throw everything at their opponents, as is usually the case.

Maru opened the scoring early in the half, and Aces equalised just a few minutes before the break.

In the second half Maru enjoyed a lot of ball possession and showed off their ball retention and passing prowess to the delight of the huge crowd.

Aces had few chances to take the lead but failed to convert them. Maru also had chances of their own, but the Aces keeper was on high alert and kept them at bay.

Aces’ second-half substitute and playmaker played a quick one-two before finishing off what he started with a well-placed grass-cutting shot which left the keeper with no chance.

It was an excellent football exhibition but not as entertaining as the fans expected.