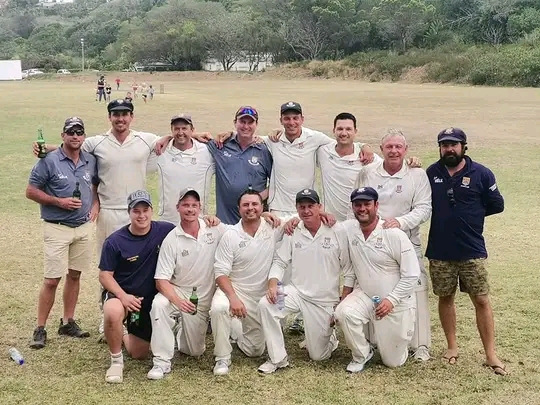 The 118th Annual Kowie Toyota Pineapple Tournament in Port Alfred saw Salem 1st and Salem 2nds crowned the Champions of Section A and Section B for 2022, respectively.

The prestigious and popular tournament is well-supported by many across the province. This year was even bigger and better, with more sponsors on board.

Cricketers across the province competed in the spirit of profound sportsmanship and camaraderie.

The GCB cricketers never disappoint when it comes to this tournament, and their level of competitiveness is always very high.

Salem 1st continued their sublime form this season as GCB 1st League Winners and Champs by adding this tournament to their trophy cabinet. They are now the holders of the most Pineapple wins with (23), followed by Port Alfred with (21) and Cuylerville (20).

The semi-finals of the A Section saw Salem beat Grahamstown Invitation XI while Cuylerville beat Rhodes.

The A Section final

Cuylerville batted first against Salem at the Country Club and scored 139 all out. Salem bowled exceptionally well and put the Shaw Park outfit under pressure. Salem batsmen came out guns blazing and knocked the target off with three wickets down, winning by an impressive seven wickets in front of a packed ground.

President of Kowie Toyota Pineapple Tournament Dave Duncan applauded the section winners and the overall competitiveness and success during the tournament.

“I feel it was a huge success; the wholehearted joy and friendliness shown by the sponsors, the players and the public was amazing.

“Everything went off incredibly well, including the weather. There were no negative incidents to speak of, and many new friendships were forged between the teams and spectators.

“Things to improve? The country club’s pitch and field need to be worked on, and the tournament committee has undertaken to ensure this is done before next year with the help of Greg Hayes and Peter Muzzel,” Duncan said.