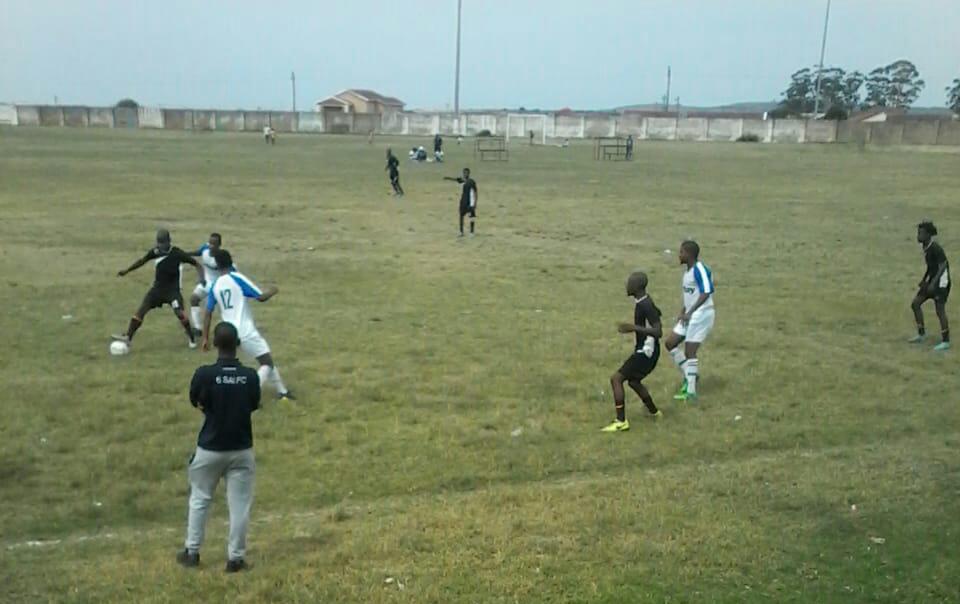 Siviwe Madevu of Xl Attackers in their clash against 6SAI Army.

It was another busy weekend for Makhanda football fans. The league race has reached a stage where the boys are separated from the men. It is slowly becoming clearer who will drop into the first division and who is likely to gain promotion to the SAB regional league.

All games were played on Saturday, as Sunday games were cancelled as a sign of respect to the Madinda family.

Joza Callies collected maximum points courtesy of a no show by Pioneers. Sophia Stars concluded stream A fixtures by getting sweet revenge against Love and Peace by three goals to one in an entertaining encounter.

Newseekers sank the already sinking Pumba Pirates ship by four goals to nil while Xl Attackers narrowly beat 6SAI Army by two goals to one in a tight, exciting, but ill-tempered clash that left many of the players bruised and one red-carded.

On Sunday, all football lovers made their way to the City hall to pay their last respect to the man who dedicated his life to Makhanda football. It was a fitting send-off for Tandazile and very touching as well.