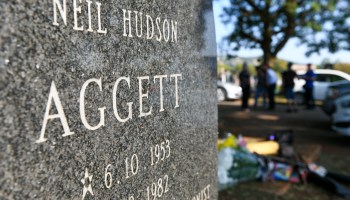 Through a tour of his cartoons, Zapiro reflected on his journey against injustice in South Africa. In the 1980s, he joined the United Democratic Front and the End Conscription Campaign, designing its logo. He was arrested under the Illegal Gatherings Act and was monitored by military intelligence. More recently, he has been sued for defamation – unsuccessfully – by former president Jacob Zuma.

Zapiro called upon every South African to find their voice and fight injustice. He said it was incumbent on everyone always to strive to stand out and make a difference for the benefit of all.

During the lecture, the school awarded a 15-year-old Grade 11 pupil Kayleigh Smith the prestigious Neil Agget Award for her philanthropic work during the Covid-19 lockdown. She raised funds by crafting and selling jewellery through social media across the county. She used the proceeds to donate money and essential items, such as baby nappies for unemployed mothers, to vulnerable communities around Makhanda.

In an interview with Grocott’s, Zapiro said while there had been some socio-economic progress in South Africa, “immense corruption” had ravaged the country resulting in the decline of the milestones achieved when the country first realised democracy.

He said it was imperative for citizens, the government, political parties, civil society and the media to build a collective understanding of governance to combat escalating crime that is exacerbated by poverty and broken backgrounds.

He highlighted the importance of enforcing the law against Gender-Based Violence, which had “skyrocketed”. He said there should be a way to properly rehabilitate the perpetrators of these acts during their time in prison.

Retired head of department and senior schoolteacher at Kingswood College Neil Hartzenberg said the memorial lecture commemorated the life of Neil Aggett, a former Kingswood College learner who matriculated in 1970.

Aggett became a medical doctor and worked at both Tembisa and Baragwanath hospitals, becoming increasingly concerned about the hardships endured by South Africans under the apartheid regime. He abandoned his medical career and joined the black trade union movement.

In 1981, Aggett was detained without trial by the security branch and, after being held for 70 days, was found hanging dead in cell 209 at John Vorster Square police station on 5 February 1982. An inquest in 1982 found he had committed suicide. and interrogated by the security police.

On 4 March 2022, 40 years later, Judge Motsamai Makume found that Aggett’s death was not a suicide. “Members of the security police killed him,” said Makume in the high court in Johannesburg.