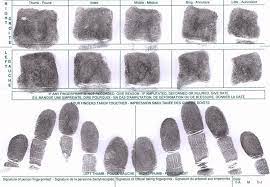 The SAPS has reported delays in issuing police clearance certificates caused by its new fingerprinting system.

Many desperate international students wanting to study at South African universities, including Rhodes, have not yet registered due to their delayed Police Clearance Certificates (PCC) from the South African Police Services (SAPS).

The SAPS said the issuance of the PCCs was delayed due to its ongoing project of “building a new fingerprint system” for clearance processing.

The PCC is one of the supporting documents required when applying for a new study permit or visa.

Rhodes University’s director of Internationalisation, Orla Quinlan, said the visa application process generally takes up to eight weeks in the best of times. As a consequence of the disruptions related to the COVID pandemic, there are also some delays with visa processing.

Some students applied for police clearances in January, while others applied late last year. Regardless, none have received them due to delays with the new fingerprint system. In addition, police claim that a recent electricity outage affected work at the SAPS headquarters in Pretoria.

Quinlan said students who did visa renewals from within South Africa benefited from an exemption from the Minister to legally register at a university with a VFS receipt as proof of applying for the renewal.

The situation is different for the students applying for new visas from outside the country.

“We continuously encourage students to apply for renewals from within South Africa. There is a much stronger chance of being able to continue with the following academic year and avoid many of the issues facing students applying for new visas from outside the country,” Quinlan said.

“We are now approaching the SA Embassies/High Commissions in three countries( Lesotho, Malawi and Namibia) to ask if they can expedite these students’ visas. Realistically, it may not be possible in time for 2022,” she said.

Several Lesotho students tried to contact the Ministry of Foreign Affairs through director Molefi Nyaka. The office told them that the matter is being worked on by the Lesotho High Commissioner to South Africa, based in Pretoria.

Nyaka said that the High Commission is negotiating with Home Affairs South Africa to allow students to apply for study visas using the receipts.

However, Nyaka said the students “abused the system in the past” as they failed to submit the police clearance certificates when requested to do so.

“South African High Commission is furious, and this is the reason why it is difficult to negotiate now,” he explained.

The High Commission said that they acknowledged the students’ hitches. Still, they cannot help them without their authorities’ authorisation and the intervention of the government of Lesotho for the students.

“I missed presentations last week, and they contributed a lot to my final mark,” said Nyakallo Ntsinyi, a PGDip in Media Management student at Rhodes University.

However, Nyaka told the students in a meeting yesterday that the matter has been taken to the consulates to advise the South African Universities to allow them to register while waiting for their clearances.

Previous ArticleLETTER: Appeal to take muni back to court over lapsed Eskom payments
Next Article Rhodes prepares to host the ultimate double blockbuster