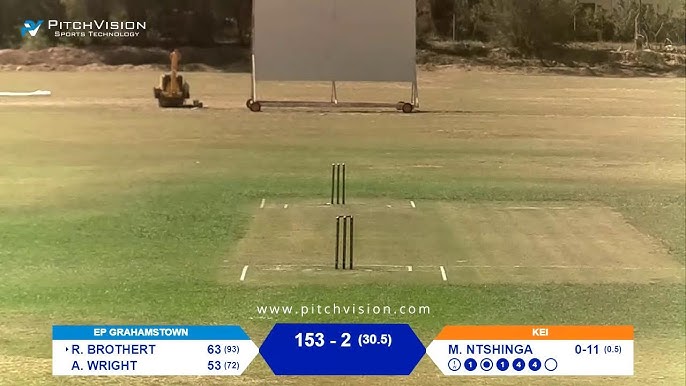 A still from the Pitchvision recording of the match between EP Rural and Kei in Oudtshoorn recently.

EP won four out of their six matches in the tournament and should be very happy with their all-round performance. They were very unlucky not to win against SWD and then against Boland in their close encounter in the T20 on Day 3. EP ended in fourth place in the overall log standings at the end of the Tournament, with Boland crowned as Coastal Champs.

Cariston Haarhof was the best batsman for EP with the highest runs, 188 from his six innings with an average of 37.5. Haarhof also ended the tournament as the second-highest run-scorer and could count himself unlucky not to be selected for the SA Rural Team due to his age.

Buster Brotherton enjoyed a fine Week and was the second-highest run-scorer for EP.

Off-spinner Odwa claimed nine wickets and was the highest wicket-taker for EP, while Buster Brotherton and Bradley Van Heerden took five wickets each during the Tournament.

Melville Daniels of EP was indeed a thrilled Coach and praised his group of players for their outstanding achievement at the National Week.

“It was overall a very successful week for us, and we could be very proud of ourselves and our performance. Although we managed to win four out of our six matches, we know that the games against SWD and Boland were ours, as we let it slip away from us.

“I am very impressed with the squad and how they adapted to the conditions at the tournament. We are a bunch of young and talented players, and we can only grow from here. I am excited to see what we, the players, can offer, proving it at the National Week,” Daniels said.