MM fails to show up for its own ward committee elections 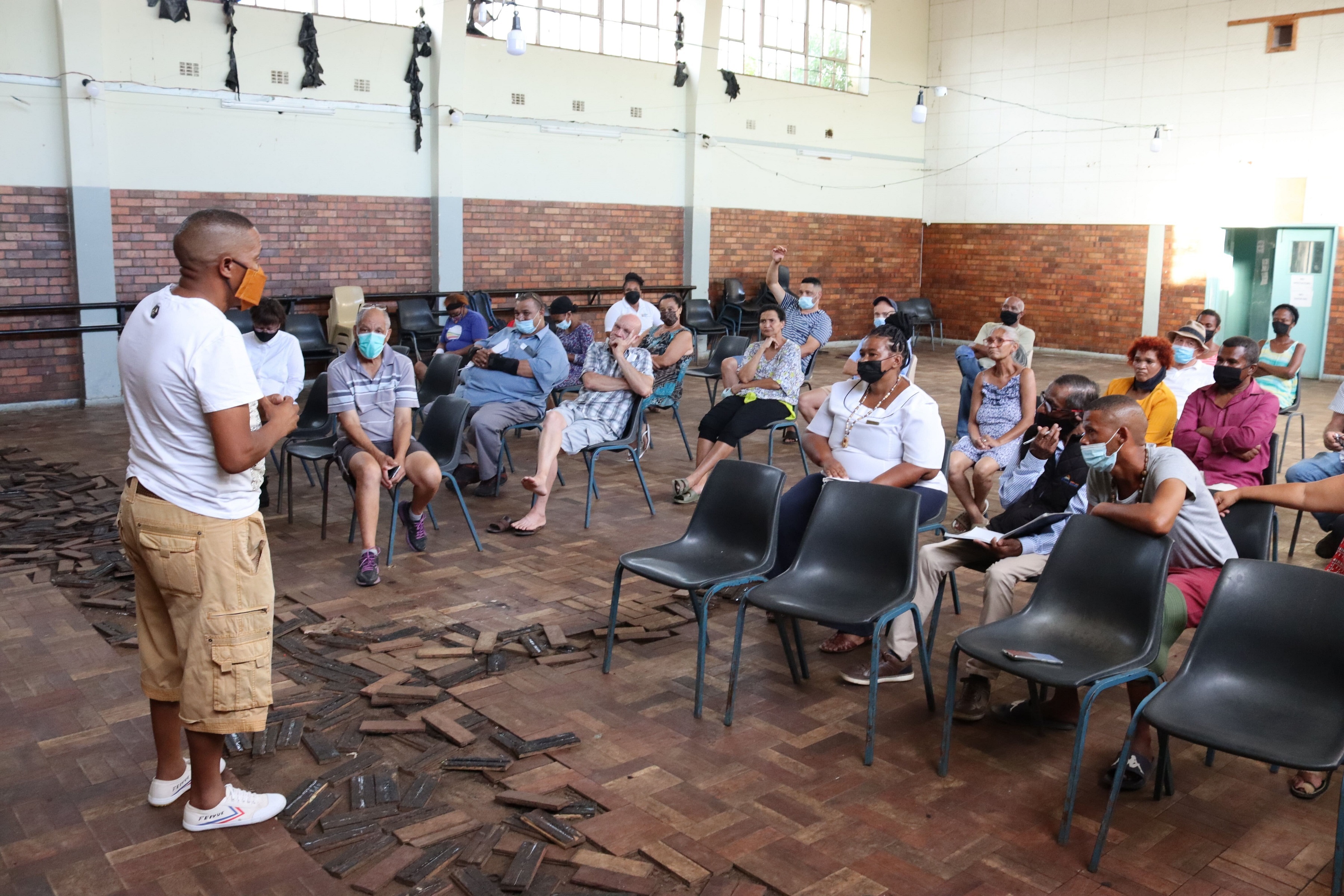 Ward 4 residents were stood up for the second time by Makana Municipality (MM) Speaker Mthuthuzeli Matyumza as they convened to elect their ward committee on the evening of Tuesday 1 March.

Around 35 participants at the Tuesday meeting expressed their frustration with the no show.

When asked why the Speaker had failed to arrive at the 1 March ward committee meetings, Anele Mjekula said, “the schedule had been changed”. Please note that the revised schedule can be found below.

Ward 4 Democratic Alliance councillor Geoff Embling confirmed that councillors received an email from the manager of the Speaker’s Office on 1 March 2022 at 3.23 pm, providing a revised schedule for ward committee meetings. However, the email was sent two hours before the proposed time of the Ward 4 committee meeting and was not seen by the three councillors who attended the meeting or by the public.

It subsequently emerged that the MM could not deliver pamphlets because of “no cars”.

The first Ward 4 committee nomination meeting was scheduled for 22 February, but according to Makana Citizens Front (MCF) proportional representation councillor Jonathan Walton, the meeting “didn’t occur because there were no rules to guide the meeting”.

Ward 4 councillor Geoff Embling detailed the steps that led to the abandonment of the first meeting.

“The Speaker obliged, and the meeting went ahead with another chairperson. During the meeting, certain residents expressed concern that the municipality had not advertised the meeting sufficiently, and a majority voted in favour of postponing it,” Embling said.

Subsequently, the MM sent out a notice with a list of dates and venues for ward committee meetings, which Grocott’s received via email from the municipality’s communications office.

Embling checked with the Speaker on the morning of the 1 March Ward 4 committee meeting to ascertain whether he would be chairing the meeting. The Speaker said that he would not be available and would check with the office. Embling said at least 35 attendees turned up at the Recreation Hall, “a good turnout compared to previous years, but no chairperson or municipal officials were present”.

On Wednesday, 3 March, the Speaker convened a Zoom meeting for all ward councillors where an official explained that the MM could not distribute pamphlets because of “no cars”.

At the failed meeting, MCF proportional representation councillor Lungile Mxube said it was clear that the meeting had been “deliberately sabotaged” because “the ANC wants to have control of everything”.

On behalf of the Council, he apologised to the citizens present for the inconvenience suffered.

Mxube said ward committees are “a critical structure for oversight of the municipality”.

The Ward 4 committee elections have been rescheduled for 5.30 pm on Monday 7 March at the Recreation Hall in Albany Road.