Francis, I’d love to publically debate the mandate with you 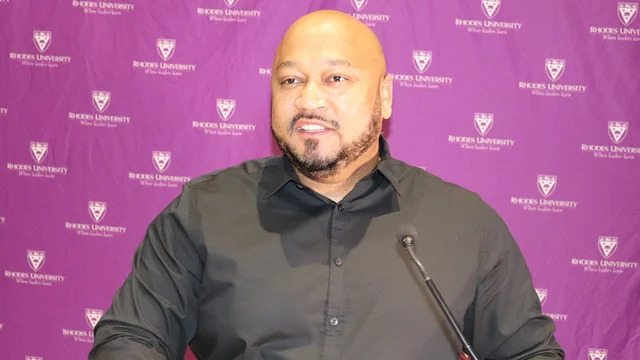 At Rhodes, my alma mater, at least two academic staff members were barred from entering the campus because they refused to get vaccinated. And have now embarked on legal action.

One of them is one of my FAVOURITE philosophy lecturers since I was a first-year at Rhodes, Francis Williamson. He is a stunning teacher – very, very generous – and was pivotal to the philosophical training and general intellectual development of many of us.

But, notwithstanding my deep respect for Francis, as a proud alumnus of Rhodes University, I want to state my 100% support for the university’s policy publicly and them opposing Francis.

Francis’s position is unethical, scientifically weak and legally at best unclear but hopefully legally wrong too.

It is extremely insensitive to not take your duty as a member of the moral community seriously. I’d expect him, in particular, to have the philosophical resources to think through the weaknesses of his position. We do not even need to talk law because the arguments from Francis and others are morally problematic whether or not they win a legal case.

On the law, they are weak too. Ours is not a libertarian legal framework. Rights can be limited provided they pass the well-established limitation test. (I won’t bore you with either the moral arguments against Francis or the legal ones. See the two podcasts links below – one with fellow philosopher Lucy Allais focusing on ethics and one with excellent legal scholar professor Richard Calland focusing on the law).

If you read this, Francis, I ask you to listen to the two podcasts, with a GENUINE susceptibility to re-examine your view and hopefully abandon it eventually in the face of compelling legal and ethical counter-argument. If you’re still not persuaded, I’d love to publicly debate the issues with you.

I know many of the university’s management and senior academics quietly lurk on Facebook. Do NOT relent. It is an important legal test case, and the false accusations of fundamental rights violations from anti-vaccination folks should be resisted.

Any employer is entitled to create a safe working environment. If I have comorbidities, Francis near me is a HIGHER risk unvaccinated than him being vaccinated. The facts do NOT support his calculus. As for the idea that he can regularly be tested, that argument isn’t foolproof – it assumes that an institution isn’t entitled to be expedient when making policies. If the policy is, as in this case, both rational and reasonable, then the employee’s PREFERRED alternative cannot be imposed on his employer.

So throw the best legal brains at the academics who are taking you to court.

I, for one, am proud that Rhodes is choosing scientific sanity, policy prudence and ethics over being held hostage by a few quirky academics who have forgotten what community entails.

Thanks, Francis, for having taught me how to think critically. That skill enables me to speak back to you as my former lecturer.

On the ethics: in this podcast, Lucy Allais explains why I have an ethical duty to get vaccinated.

On the legal issues: in this podcast, Richard Calland discusses the legalities raised by the mandatory vaccination debate.

Below are two excerpts from a Sunday Times article on mandatory vaccination policies at many of our local universities:

“…Francis Williamson, a lecturer in philosophy, and Edward de la Rey, a lecturer in the information systems department, have not been able to enter the Rhodes University campus since January 4 after the implementation of the mandatory vaccination policy….”

Williamson said in court documents that “one of the most concerning consequences of the [mandatory]vaccine policy is the unfortunate discrimination against individuals who are perfectly healthy and if regularly tested are at no risk to the Rhodes University community”. He told Sunday Times Daily the policy was “unjust, unprincipled, irrational and immoral”, adding: “I will not apply for an exemption because I will not kowtow to a draconian mandate.” De la Rey said he refused to take the vaccine because he was healthy, not in the high-risk age category and had no comorbidities.