Makhanda at the centre of the SA pop music universe 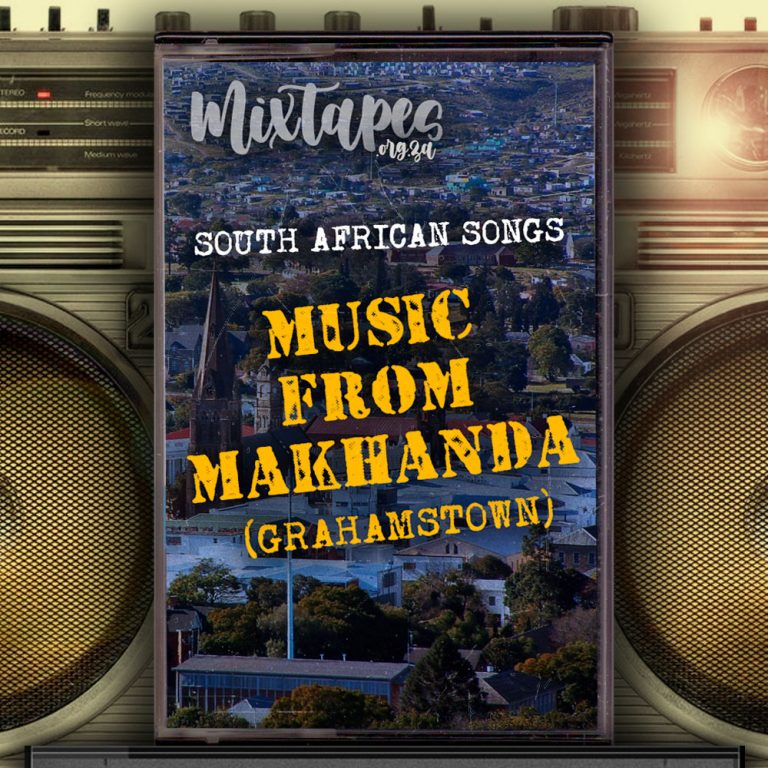 Mixtapes.org.za has compiled a celebratory mixtape to tie in with the Makana Tourism brand launch and focuses on musicians from Grahamstown/Makana over the past 69 years.

Mixtapes.org.za is dedicated to listening to and documenting South African music while celebrating the mixtape format with its distinctive allure; its ability to immerse us in a specific listening experience. It is a joint initiative of Brett Locke of Tune Me What? (https://web.facebook.com/TuneMeWhat/) and Michael Drewett of Cutting Grooves (https://web.facebook.com/groups/231163453561494/) and explores South African music through various mixtape themes.

Mixtapes.org.za hopes to bring together a community of listeners and researchers interested in South African music. Whether you want to listen to songs you remember, re-discover songs you have forgotten about, or hear something you haven’t heard before (old or new), you will be able to enjoy the website and contribute to the related online encyclopaedia and engage with others.

Many a poet, writer, journo, musician, dancer, artist, and even person on the street have experienced the sort of creative inspiration in Makhanda (and when it was Grahamstown) which only ever comes to one at the centre of the creative universe. This mixtape celebrates why we think Makhanda is the centre of the South African popular music universe. Given the size of the town, it is staggering to hear how much good music has been made by people from here or who have at the very least stopped in Grahamstown and Makhanda as part of their life’s journey.

You can listen to the mixtape and read sleevenotes about the musicians at http://mixtapes.org.za/2022/02/25/music-from-makhanda/

This mixtape begins with “Deep Frieze” by Chris Letcher, who grew up in Grahamstown, and attended school and university here. As a student, he was a member of Gramsci Beat before going on to much bigger things: with Urban Creep and as a duo with Matthew van der Want. When he finally released his long-overdue debut solo album (Frieze, released in 2007), it was critically acclaimed, and “Deep Frieze” gives a good indication of why the album was so well-received.

Larry Strelitz has been part of the Grahamstown and Makhanda music scene since the 1970s when he was an active member of the Rhodes University Folk Club. He is a songwriter of note and has performed in various groups and as a solo artist. “Declaration of Independence” is from the early 1990s and was one of a series of songs based on poems by almost equally longstanding Grahamstonian and local poet Robert Berold.

Gil Hockman is one of several musicians on this mixtape who passed through Grahamstown and Makhanda as a student. He was a founder-member of The Buckfever Underground (see below) and, in 2009, began performing as a solo artist. “A Long Way Home” is taken from his 2013 EP, All The Things.

Lucy Kruger was also a temporary Grahamstown sojourner while studying Music and Drama at Rhodes University towards the end of the first decade of the 2000s. She initially performed as a solo artist but went on to form Medicine Boy and Lucy Kruger & the Lost Boys. While the former has since broken up, she still performs as the latter. Like Gil Hockman, she has since relocated to Berlin, Germany. Here we have included “Half Of A Woman: from her 2019 album, Sleeping Tapes For Some Girls.

Back in the 1950s, when Grahamstown was affectionally known in some circles as ‘The Little Jazz Town”, there were several groups who provided the town with a jazz soundtrack, including the Gaiety Brothers, the Modern Keys, the Jumping Jitt Fives, the Satchmo Heights and the Merry Swingsters, who appear here with Victor Mkize & Joyce Foley performing “Hambela eBhayi”, recorded in 1953.

The most influential of the musicians in this circle was Jury Mphelo. He became well known in Johannesburg with groups like Orlando Six and King Jury and His Band. Here he features under his own name performing “Isicatula Boots”, recorded in 1957.

Another prominent South African jazz musician, Zim Ngqawana, studied at Rhodes University in the mid to late 1980s before going on to the University of Natal and having a hugely successful solo career. “Gobbliesation (In a Global Village)” is taken from his third solo album, Zimphonic Suites, released in 2001.

Andrew Tracey, most closely associated with the International Library of African Music, is almost as well known for the Andrew Tracy Steel Band, for many, many years a part of the Grahamstown soundscape. Here we include “Chakwi”, recorded in 2004.

Another longstanding local musician, Monwabisi Sabani, achieved a degree of national fame in the 1990s, culminating in appearances on SABC TV. “Ningathengisani” is taken from the “Mnandisa” album, recorded by Mountain Records in 1998.

Leather Omnibus were a mainly student Grahamstown band, including Tune Me What’s Brett Locke. Here we include “Neighbours” (1989) with yet another permanent local, Mini Dial, on vocals. The band was short-lived but did land a residency at Jameson’s in Johannesburg in December 1989, featuring Gramsci Beat’s Chris Letcher and Alan Finlay as guest musicians.

James Ribbans was a student at Rhodes University at a similar time to Leather Omnibus and always stole the show whenever he performed. He has continued to make music in London, where he has been based for many years. “Night Painting” (2014), performed with Zhenya Strigalev, gives some idea of what the fuss was all about.

Indicator was a band formed by Sean Hayward, also formerly of the late ’90s Rhodes student band, Karmic Drink, with various collaborators. BMG Records Africa offered to sign Indicator on the strength of his album Are Their Spirits Here? but Hayward opted to try his luck in London but wasn’t successful. The title track is featured on this mixtape. Now living in the USA, Hayward is still active in the local music scene there. Karmic Drink came second in the 1998 Rhodes University campus ‘Battle of the Bands’ behind winner One Large Banana (see below).

Live Jimi Presley were originally a mid-1980s Grahamstown band called Vader Jakob. They changed their name to Manhole and then to Live Jimi Presley. “Song A” is taken from an album of earlier recordings released in 2016.

Photographer and musician Tim Hopwood has spent most of his life in his native Port Elizabeth (now Gqeberha) but spent a few years at Rhodes University in the late 1980s and into the 1990s. He is a regular at local live venues and periodically releases new music. “Revelations” is a Hopwood song, taken from the album, Songs of Love and Death, which he recorded with Joe Van Der Linden in 2007.

Madele Vermaak was a friend and musical contemporary of Lucy Kruger and has performed as a solo artist over the years. This year she released her first solo work, A Pocket Full of Stones, from which “Love Breaks Time” is taken. Vermaak now lives in Vietnam.

Nishlyn Ramanna has a long relationship with Grahamstown and Makhanda, having spent two reasonably long stints in the Rhodes University Music Department, where he currently works. “N3 East” is taken from his critically acclaimed debut album, A Thought, released in 2005.

The Nia Collective are a popular current Makhanda band whose performances over the past decade have been keenly awaited and enjoyed. “Mind the Gap” is taken from their debut album, Acoustic Soul.

The Koeksusters were a mid-1980s Andrew Sisters-styled vocal group comprising four Rhodes University students: Pauline Higgins, Alison Love, Karin Thorne and Tessa Gawith. They never recorded studio versions of their songs, although some live recordings might lurk around somewhere. They were an End Conscription Campaign aligned band who performed political songs. The version of “Raglan Road” featured here is a live recording taken from the ECC 25th anniversary concert in 2008. It features only Karin Thorne and Tessa Gawith because the other two members could not attend.

The Aeroplanes were also a group of Rhodes students from the late 1970s and early 1980s, but they only formed a band after leaving Rhodes University and returning to their home city, Johannesburg. Band members included Michael Rudolf (who had featured in various Grahamstown bands while he was a student), Carl Bekker, Gary Rathbone, Robert Muirhead and James Whyle. Their only album, The Aeroplanes, was released by Shifty Records in 1986. From that album, we feature the song “National Madness”, a different version of which also appears on the Shifty/End Conscription Campaign compilation, Forces Favourites (1985).

James Phillips was already a fairly established muso when he arrived at Rhodes University to study music in the early 1980s (and his stay partly overlapped with the future members of the Aeroplanes). He had already released an EP with the Springs band, Corporal Punishment. In his short-lived stay at Rhodes University (he soon left to continue his studies at Wits University), he met Lee Edwards. Later, the two got together to form the Cherry Faced Lurchers, whose debut album, Live at Jameson’s, was also recorded by Shifty Records. “Shot Down” is taken from that album, and just as with the Aeroplanes’ “National Madness”, an alternative version of the song was included on the Shifty/End Conscription Campaign compilation, Forces Favourites (1985).

One Large Banana was a late 1990s Grahamstown band including former Leather Omnibus member Brett Locke. Other members included Jo Edwards, John Taylor and Gareth Sweetman (son of Barry Sweetman – see below). They released the EP Don’t Feed The Animals in 1997 and won the Rhodes University leg of the Battle of the Bands competition in 1998, which allowed them to appear at Oppikoppi later that year. “Leave This Town” from the EP went on to chart on 5FM and Radio Algoa. The band broke up not too long after that.

The Kiffness is the stage name of David Scott, who studied Music and Journalism at Rhodes, where he played trumpet in a jazz band and DJed at campus bar, ‘The Union’ The Kiffness’s debut single “Where Are You Going?” (featured here) charted on 5FM in 2013.

Radio Kalahari Orkes is a band fronted by former Grahamstownian Ian Roberts, possibly more familiar to the public as an actor. They perform a sort of progressive Boeremusiek-infused folk. Roberts is a graduate of St Andrews school and Rhodes University, where he studied Drama and Anthropology in the late 1970s. This mixtape includes the song “Kaptein”, taken from the Grootste Treffers album, released in 2011.

For almost five decades, Barry Sweetman has been a fixture on the Grahamstown local music scene. A blues guitarist, he has performed solo and with various local musicians – including his son Gareth. He has never released an album but has made a few professional recordings. We feature an instrumental track called “Soul Thing”.

Toast Coetzer was a Journalism student at Rhodes in the late 1990s and was involved in local music promotion and a DJ on Rhodes Music Radio. Together with a rota of collaborations – similar to the ethos of the Kalahari Surfers – Coetzer set his poetry over a bed of ambient music as The Buckfever Underground (founded with Gil Hockman), releasing several albums including Jou Medemens is Dood (1999) and Teaching Afrikaans as a Foreign Language (2002). We feature the song “Who’s Your Memory”, taken from the former album.

Cassette was a band led by Jono Savage, formerly of late 1990s Rhodes student band Karmic Drink, together with Andrew Wessels of the mid-90s campus band Just Encasement (which also featured Gareth Sweetman, later of One Large Banana). Cassette won a “Best Rock Album” SAMA in 2007 for their album Welcome Back To Earth. In 2008, they won an MTV Africa award, and they have the distinction of being the first SA band to tour Japan! After Cassette, Savage became a popular radio host and Wessels a film director.

Previous ArticleYour ward committee needs you!
Next Article Francis, I’d love to publically debate the mandate with you