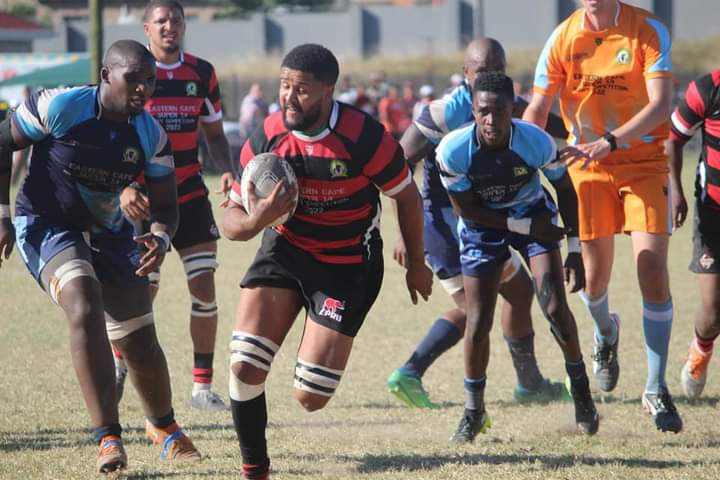 Trying Stars 1st XV run of bad luck continued when they suffered their fourth Eastern Cape Super 14 defeat against East London Swallows on Saturday. The fixture was played at the Wentzel Park in Alexandria, with the hosts losing 29-38. The halftime score was 10-19 in favour of Swallows.

After another slow start, the home side let Swallows score three quick tries and were immediately under pressure. The bigger Swallows forwards dominated upfront and forced Stars to play with their dangerous backline to gain momentum.

Too many Stars mistakes were again very costly in the end. Stars didn’t play badly and were very dangerous with ball in hand on attack and broken play.

Stars came back nicely before halftime with two smart tries but let the visitors get off to a solid start in the second half. In the end, Swallows took full advantage of their opportunities and converted them into points.

Nathan Johannes of Trying Stars again emphasised the slow start by his team. “We let Swallows score quick tries and let them bring the game to us. Their bigger forwards played well and put us under pressure. Our backs again showed why they are so dangerous with the ball in hand, but it was unfortunately not enough in the end with the minimum chances.

“The boys showed great character to come back in the game. We must get off to a better start in our next game and dominate from the front and take our chances if we want to win games.”