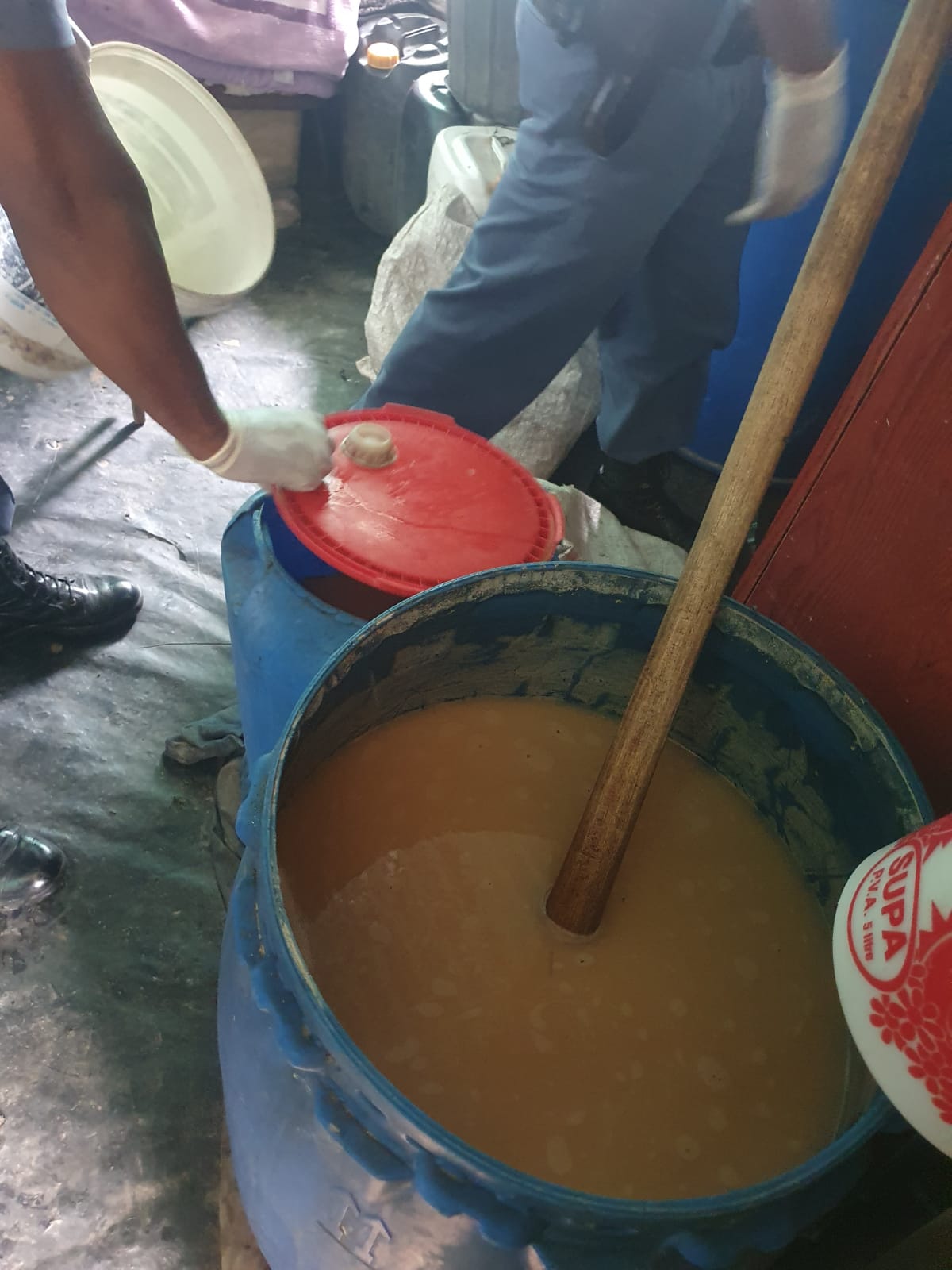 An example of the illicit brew confiscated during a visible policing operation in Joza on Thursday, 3 February. Photo: supplied

Police confiscated and destroyed 666 litres of illicit brew (mtshovalale) during a compliance and liquor trade enforcement operation in Joza on Thursday, 3 February.

Twenty outlets were targeted, including five mtshovalale illicit brewing outlets at Extention 9, Nkanini and Joza. Licenced liquor outlets were not exempted as ten out of 40 taverns were also visited.

Joza’s newly-promoted Visible Policing Commander, Lieutenant Colonel Boyce Mbeleni, who assumed his duties on 1 February, hit the ground running when he took charge of his first operation in his new policing precinct. During the operation, the Eastern Cape Liquor Board was represented by Lulama Timana.

Mbeleni also used the opportunity to familiarize himself with his new policing precinct. Whenever he came across a sizeable crowd during the operation, he used every opportunity to engage community members about domestic violence and its negative impact on policing and society.

SAPS Joza Station Commander, Colonel Nomsa Mtshagi, welcomed the outcomes of this operation and expressed her gratitude to all stakeholders. “Some of the biggest crime generators in our area is the abuse of alcohol that usually increases assault and rape charges. The destruction of so many litres of this illicit brew will send a warning to other prospective brewers that this is how police are dealing with the brewing of illegal concoctions by targeting illicit brewing outlets.

“It was also disturbing to see young adults, who were also sent away from these illicit brewing spots. I am satisfied with the work of the footsoldiers today,” she said.

Acting District Commissioner Brigadier John Lebok said, “Seemingly, Makhanda is notorious for brewing this illicit mtshovalale, as this is the second operation in the area within the last 48 hours.”