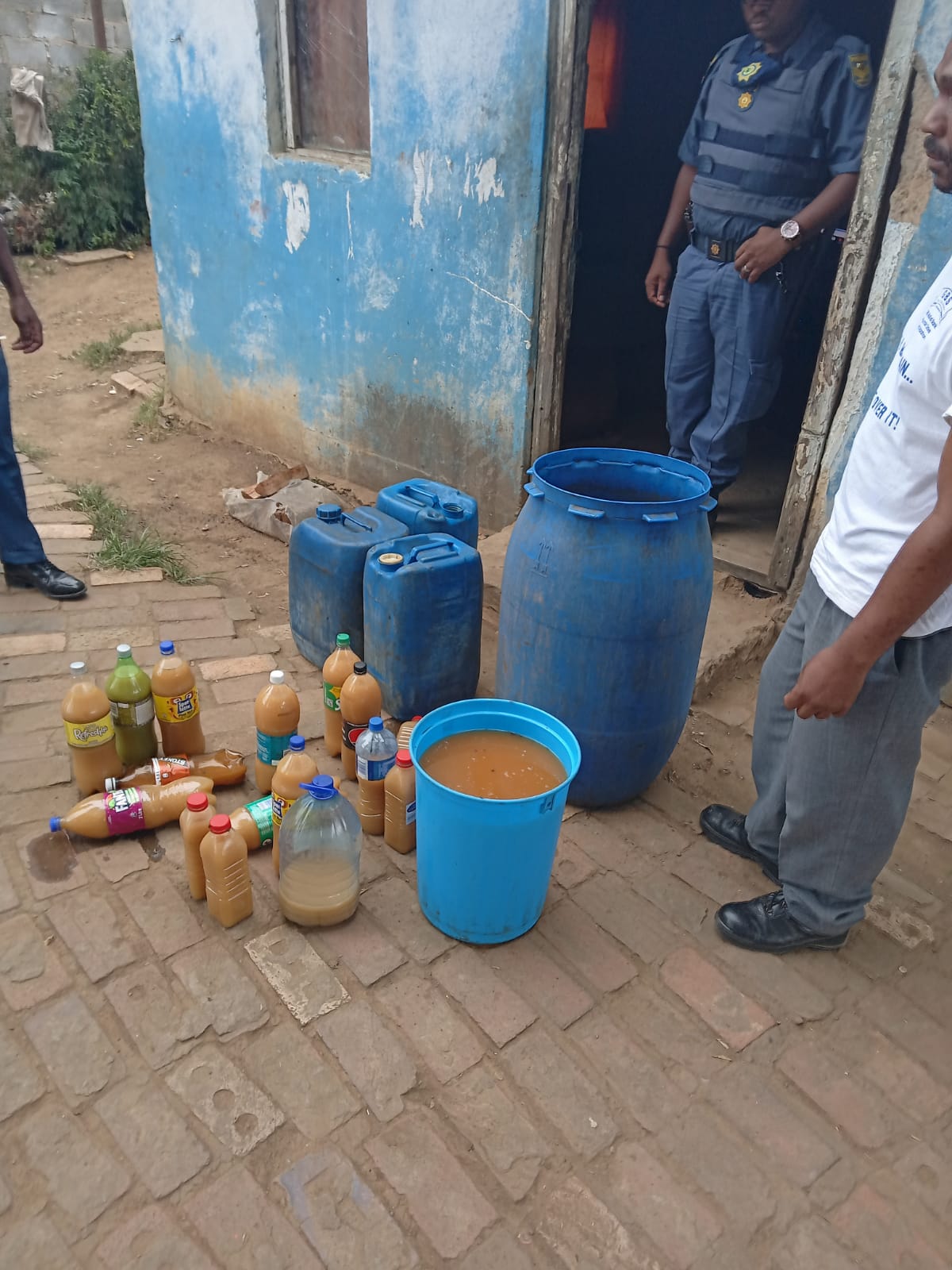 Over 200 litres of illegal brew were destroyed after a raid of two houses in Hlalani on Tuesday. Photo: supplied

Police, in conjunction with the Eastern Cape Liquor Board, closed two houses for brewing “illegal alcoholic concoctions” in Makhanda on Tuesday, 1 February.

At about 8 am, two houses in Hlalani were raided. The owners of the two outlets were fined for contravening the Eastern Cape Liquor Act 10 of 2003. Over 200 litres of the illegal brew were destroyed.

Acting District Commissioner Brigadier John Lebok said: “Brewing of traditional beer is very common in South Africa, but these other illegal concoctions known as mshovalale are dangerous to the health and well-being of consumers.

Police will continue with similar operations throughout the district, Lebok said.