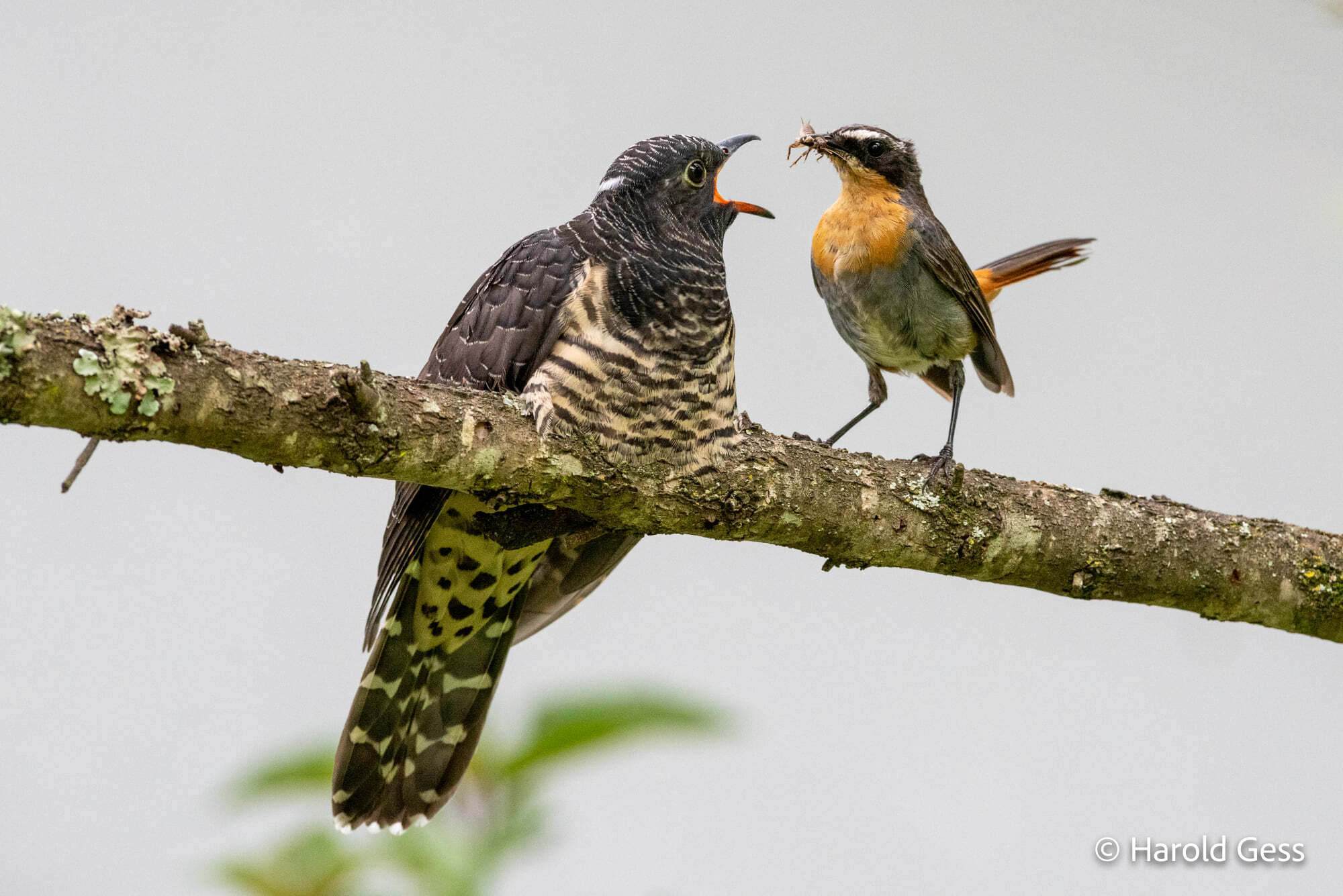 The red-chested cuckoo), known as “Piet-my-vrou” after its call, is a brood parasite that lays its eggs in other birds’ nests, leaving the parasitized birds to raise the cuckoo chicks.

The most common hosts are the Cape Robin-Chat, the Cape wagtail (Motacilla capensis) and the white-throated robin-chat (Cossypha humeralis).

According to Wikipedia, “brood parasites are organisms that rely on others to raise their young. The strategy appears among birds, insects and fish. The brood parasite manipulates a host, either of the same or another species, to raise its young as if it were its own, using brood mimicry, for example, by having eggs that resemble the host’s.

“Brood parasitism relieves the parasitic parents from the investment of rearing young or building nests for the young, enabling them to spend more time on other activities such as foraging and producing further offspring.