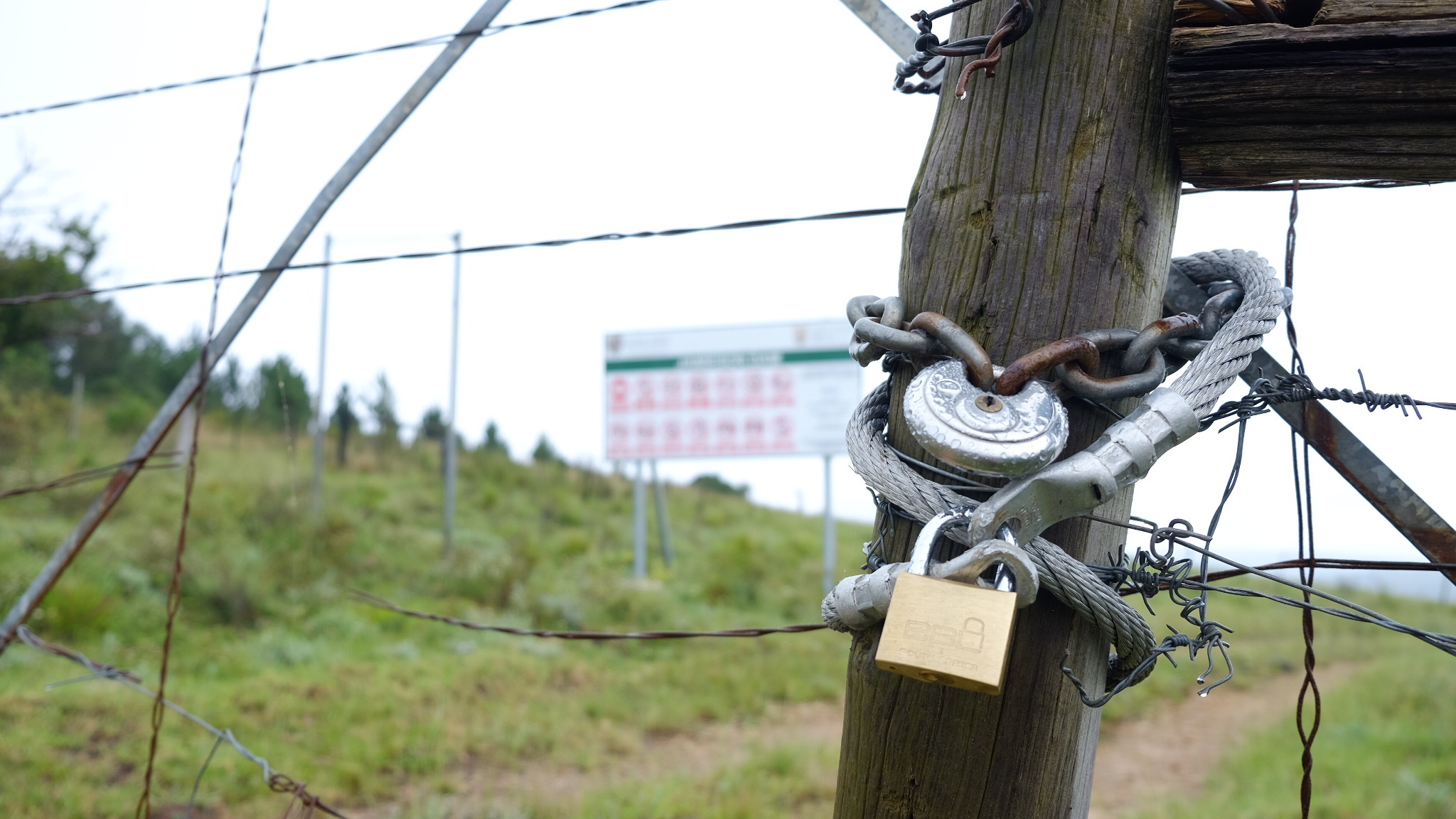 A Facebook post by Democratic Alliance (DA) Ward 4 councillor Geoff Embling has reignited long-standing grievances about the closure of Jamieson and Milner dams to the public.

The dams and surrounding area are on municipally-owned commonage and were for decades a beloved recreational spot for Makhandans.

However, the gate to the area has been locked with a thick cable since 2017. A sign prohibiting entrance and recreational activity of any kind was also erected at the time.

In his response letter to Kruuse and Bull dated 22 April 2021, Makana Municipal Manager Moppo Mene said, “Residents can be allowed to walk, run, and walk their dogs and other domesticated animals in the area.”

“What is not allowed is:

Mene said the sign prohibiting entrance and recreational activity of any kind would be “revised accordingly in the near future”.

But, the old signboard is still up. And the gate was still locked when Grocott’s Mail visited the site on Thursday, 3 February.

In their submission to the Municipality, Kruuse and Bull suggested that a new sign be erected with the following information:

Kruuse and Bull further encouraged the municipality to “display similar signs at Grey Dam, Dog Dam, Settlers Dam, Howieson’s Poort Dam (and any others) to ensure consistency of messaging to the public”.

Another concern raised by residents on Facebook is the continued presence of cattle, pigs and goats in the area.

In 2017, Makana Parks Manager Jeff Budaza told Grocott’s’ Mail that one of his staff had facilitated the lease of the land and the dam by some Grahamstown families for stock grazing.

In their submission to the Municipality, Kruuse and Bull noted the significant health risks that livestock poses to these drinking water source assets of the Municipality.

In his response to Kruuse and Bull, Municipal Manager Mene made it clear that stock farming would not be allowed in the area.

In January 2020, work commenced on repairs to the dams, funded by a Department of Water and Sanitation (DWS) Water Services Infrastructure Grant (WSIG). ZKS Projects was appointed as the contractor, and MBB Consulting Engineers supervised the project.

MBB managing director Pravesh Nosib said a great deal was accomplished in Phase 1 of the project, which ended in January 2021 (see below for a full report and photos of what was achieved).

ZKS Projects managing director Zukile Bota said both dams were operational. Water from the dams, built at the turn of the 20th century, is currently being distributed to local farms.

Over the years, residents expressed concern about a rusted valve on the water tower in Jamieson’s dam, which allowed water to escape to the lower-lying Milner dam. However, a new outlet valve was installed on the other side of the dam wall embankment as part of the upgrades to the facility in 2020/2021. According to Bota, no water is leaking from either the Jamieson or Milner dams.

The ladder to the dangerously rusted catwalk that links the water tower to the embankment was removed by ZKS Projects for safety reasons.

What else was achieved in Phase 1 of the upgrade to the dams?

According to MBB Consulting Engineers, who supervised the upgrade project, the most immediate issues identified and attended to as part of the planned repairs to the dams were:

In addition, the contractors were charged with finding and repairing leaks. This was investigated, and the following repairs were made: