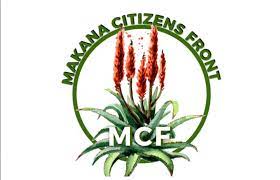 On 27 January, the first ordinary council meeting since the municipal elections illustrated how the ANC government operates.

We were presented with a 438-page agenda, released in stages, much of which was irrelevant to the meeting. The two most important documents, the audit committee report and guidelines for electing the Municipal Public Accounts Committee (MPAC) chair were dumped on us at the meeting to minimise time to digest them. This is a classic ambush agenda strategy designed to distract from the critical questions. Why would the government do this if it is serious about turning around the mess?

Most concerning is the true reason for the non-payment of the Eskom account in the first week of January, likely to result in partial default even by the end of the month. The audit committee report reveals that R6-million that was not spent on a grant was in effect returned to Treasury by withholding the same amount from Equitable Share, the grant from the national government meant to serve the poor. This shortfall meant that the municipality could not pay Eskom on time and possibly not in full. If a grant is not entirely spent, the money should still be in the bank, so we must ask where that R6-million went. The Auditor-General will ask the same question, so expect another disclaimer in the next Auditor-General report.

The person responsible for all this is the Accounting Officer, the Municipal Manager. Despite one ANC councillor’s tough talk of consequences, we see no evidence of any pressure on the MM from the government side. On the contrary, the rot is setting in even deeper. We have seen the Parks Department resurrected from the dead in time to trim trees on a Sunday, a complete waste of money as there is no urgency to this. While the Parks Department is responsible for its own day-to-day activity, a proactive and responsive MM would clamp down on this sort of rampant misspending.

We also raised a question about Jamieson Dam. Around R16-million has been spent in recent years, with no evidence that it will ever supply a drop of water to Makhanda; in fact, this valuable municipal resource has been converted to a cattle farm. Contrast this with a land claim on the agenda that took 25 years to settle. That is emblematic of how government functions: demand your rights, and you are shoved aside. Do something dodgy, and there is no accountability.

The election of an inexperienced EFF councillor to chair MPAC is an astonishing display of hypocrisy. At the Special Council Meeting of 7 December 2021, the MM introduced a special “item” purporting to correct the weakness in our representation on District Council by withdrawing our council’s elected representatives. This motion, during the discussion, was clearly from the ANC and targeted the EFF representative at District, Cllr Mzamo Booysen.

MCF, DA and EFF opposed this and had our objection recorded to an unlawful resolution that could land those who voted for it with costs in a court action. DA produced a letter from a lawyer at the Special Council Meeting, and afterwards, MCF obtained a stern letter of demand from our legal team that had the effect of suspending the implementation of this resolution.

Fast forward to 27 January, and this same Cllr Booysen is nominated for MPAC chair and voted into that position by the exact same councillors who voted him to be too weak to represent us at District! At the meeting, the guidelines we were presented clearly state that an experienced councillor must chair MPAC. Since we were handed this last at the minute, no one thought to point this problem out. Ambush agenda. No one would use this sort of tactic unless they were up to no good.

To turn this around from opposition is difficult. But we will push for answers and pressure the government wherever we can. MCF has councillors well experienced in how municipal systems work and the shenanigans typical of the ANC in government.