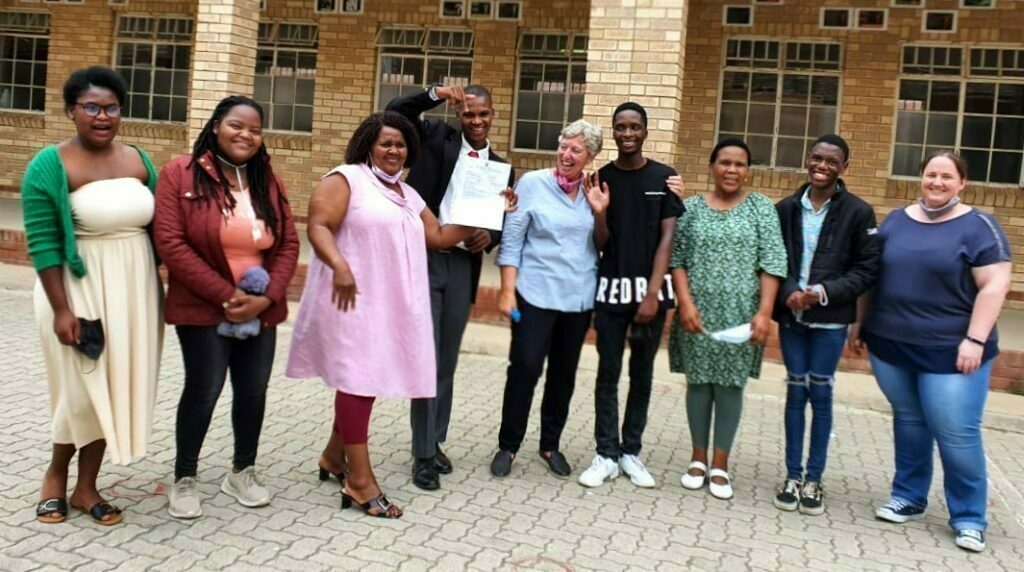 By now, the basic statistics of Makhanda’s 2021 matric performance are well known by the readers of Grocott’s Mail. In this analysis piece, I will briefly restate these and then try to analyse and understand them at a deeper level.

To develop a complete statistical picture of matric results, one must consider both percentages and numbers. Too often in South Africa, there is an overemphasis on percentages; very little attention is paid to numbers. Percentages are useful because they indicate the proportion of those candidates under consideration that have succeeded. Numbers are equally crucial because these speak to the size of the cohort under consideration.

Quite simply, a high percentage pass rate cannot be regarded as an adequate achievement if the cohort is under-size. An under-sized cohort in this educational context would point to systemic problems such as drop-out and high repetition rates.

In 2021, the size of the local cohort of matriculants increased significantly, the percentage pass rate reached record highs, and the number and percentage of Bachelor passes also both improved. The basic statistics in this regard are presented in the table below.

These statistics provide clear and irrefutable evidence that the Makhanda Class of 2021 was the best ever, both concerning quantitative and qualitative measures and indicators. If we regard 1200 as the approximate size of the 2009 Grade 1 Makhanda cohort, the significance of the 2021 Matric cohort quantum of 663 is that it indicates that the dreaded drop-out rate dropped below 50% for the first time in the city’s history. It declined to 45%, with the retention rate rising to 55%. The local cohort size increased by 23% from 2020 to 2022 because the no-fee sector registered significantly increased numbers of matriculants.

A cursory glance at the table below confirms that the numbers at Graeme College, PJ Olivier and Victoria Girls are consistent from year to year. Together, the fee-paying sector contributes approximately 180 matriculants per year. In 2021, a massive 481 students at the city’s six no-fee schools wrote the final matric examinations. Unabated growth in the numbers at Ntsika should be highlighted and deservedly applauded by the local community. Also, the Mary Waters cohort size almost doubled from 2020 to 2021, rising to well over 100 students last year.

The record pass rate of 83% has rightly been hogging the local headlines. From a broader perspective, the significance of the new high level is that it means that Makhanda consolidates its position as the leading education city in the province. It also moves the city to within six percentage points of the top-performing education district nationally, namely Tshwane South (in Gauteng), which achieved a pass rate of 89%.

Makhanda achieved the new record pass percentage of 83% through a genuine collective effort. Happily, every single school contributed to the success. In previous years, there have always been one or more schools that have not managed a 50% pass rate. Yet, in 2021, the lowest school percentage rate was 64%.

Four of the six no-fee schools (Khuliso Daniels, Nathaniel Nyaluza, Nombulelo and TEM Mrwetyana) achieved their best pass rates over the last five years. Particular congratulations should be extended to Khutliso Daniels and Nombulelo for their outstanding performance in this regard. In addition, the consistency of the fee-paying sector should never be taken for granted since it is a crucial aspect of Makhanda’s success. Once again, Victoria Girls produced pass rate perfection.

The most important indicator of a quality pass is to obtain a Bachelor level pass since this enables students to apply for Bachelor Degree study at a tertiary institution. Never before 2021 had Makhanda produced 250 Bachelors. Yet last year, its total haul shot up to 313.

The best way to explain this is to highlight the extraordinary fact that every single no-fee school produced a higher number of Bachelors than ever before in their respective histories! Some of the new records established by these schools are remarkable: Ntsika – 61; Nombulelo – 43; Mary Waters – 38; Khutliso Daniels – 25. Just three years ago, we were celebrating that the number of no-fee Bachelors reached the 100 mark for the first time. This year the total number of no-fee Bachelors is 183.

This is a remarkable achievement, especially considering that the city’s total number of bachelors in 2019 (including the fee-paying schools) was 187. It would be incomplete and misleading to conclude this commentary on the extraordinary number of city Bachelors without again acknowledging the significant and consistent contribution of Graeme, PJ Olivier and especially Victoria Girls in this regard. Furthermore, as with the stellar pass rate of 83%, the remarkable record Bachelor pass rate of 47% was achieved on the back of an excellent collective effort of all nine public schools in the city.

Without wanting to dampen the mood of this celebratory analysis, it is necessary to draw attention to the fact that UMALUSI (the quality assurance body in South Africa) standardised the matric results by adjusting many subject results upwards. These subjects included Physical Sciences, History, Accounting, Economics and English Home Language. Upward adjustment implies that the results that students were awarded on their Certificates and Statements of Results in these subjects were higher than their actual examination marks.

While UMALUSI observed raw results in most subjects (including Mathematics and Mathematical Literacy), it hardly implemented any downward adjustment. In summary, the analysis offered above is an analysis of somewhat inflated results. Be that as it may, the reality is that because the public education sector in Makhanda has, to its credit, been able to maintain its standards despite the Covid-related disruptions, it has benefitted from UMALUSI’s standardisation.

I’m making the point here that whilst the 2021 results are certainly cause for celebration, nothing can be taken for granted moving forward. Our schools must remain as vigilant, committed and ambitious as ever as they take on the even more significant challenges that lie ahead in 2022.

A year ago, I concluded my analysis of the 2020 result by noting that the students themselves hold the key to good performance in matric, more than their parents, principals, and teachers. I expressed that hope that the Class of 2021 would demonstrate the same tenacity, resolve and determination as the marvellous Class of 2020. As it turned out, our 2021 matriculants easily outshone their 2020 predecessors. Can the Class of 2022 raise the bar even higher?

The following graphs, comparing matric data for the past 10 years, were compiled by Prof Gavin Keeton.