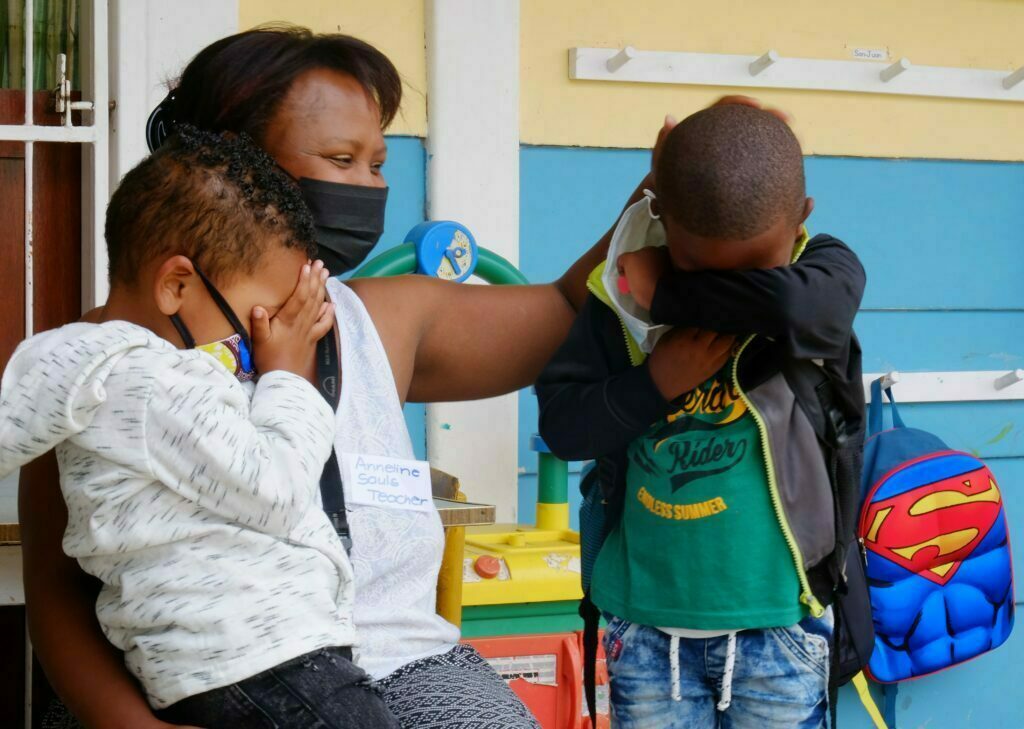 Makhanda public schools learners faced empty, stationery-less desks on their first day of school on Wednesday morning, thanks to budgetary and procurement chaos at the Eastern Cape department of education.

Grahamstown Primary School head of department and acting principal Lucien Bartis said he was “very concerned” about the impact of the shortages. Teaching and learning materials were also missing at George Dickerson Primary and Archie Mbolekwa Primary when Grocott’s visited them.

The Eastern Cape department of education has had to beg the provincial treasury for an additional R255-million after running out of funds.

Gade said funds had been depleted before all the materials were purchased.

Meanwhile, schools are again rotating attendance on alternate days, Grahamstown Primary’s Bartis said. The decision to rotate classes was a balancing act between the educational needs of learners and the community’s health, Bartis said.

Lebone Centre literacy coordinator Cathy Gush said that rotational teaching had had “a very negative effect, in terms of lost teaching time and also a breaking of routine, which has resulted in poor attendance and drop-outs”.

“But, in some ways, it has also been positive, in that the smaller classes (20 learners instead of 40 in a class) and more individual attention has benefitted several learners.

“There is no school that has bucked this trend,” he said.

On the upside, the Primary School Nutrition Programme was functional at all three schools visited Wednesday morning.

Scholar transport was also running smoothly in Makhanda on Wednesday, despite reports in the Daily Dispatch that scholar transport operators have not yet received their November or December payments. Some are threatening to refuse to carry learners.

Grahamstown Primary is awaiting word from authorities on the promised upgrade to their original school premises.

In June 2019, the contractor tasked with upgrading Grahamstown Primary School abandoned the site after the provincial Department of Education and the Department of Public Works and Infrastructure – the implementing agent for the school upgrade – failed to pay them.

The R55 million upgrade was set to provide the school with a new administrative block, library, IT centre and school hall.

Soon after the abandoned upgrade, the school was vandalised extensively, with the most valuable materials stripped from the site. Eventually, the Department of Public Works hired a security guard to protect what was left.

After nearly two years of silence, officials from the provincial Department of Public Works and Infrastructure contacted the school last November but haven’t heard from them since.