The Cock House to go on auction 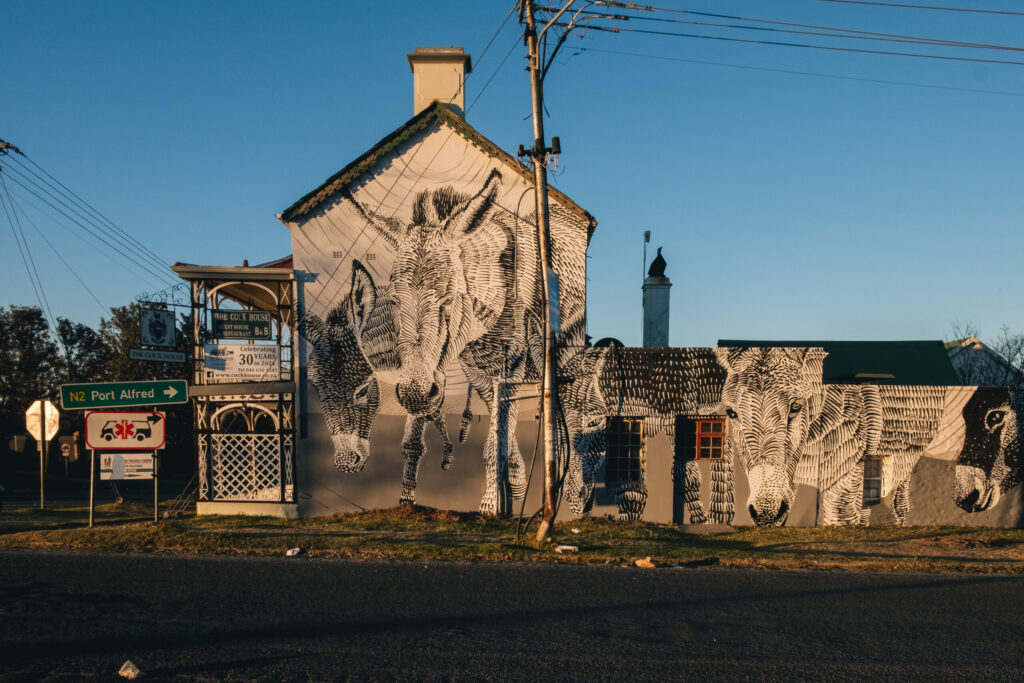 Street artist Mook Lion's donkey painting on the wall of The Cock House in George Street. The mural was painted as part of The National Arts Festival's ‘Nature is Louder’ project focusing on street art in Makhanda.

One of Makhanda’s most venerable landmarks, The Cock House, is up for auction.

It was opened by the husband-and-wife team, Peter and Belinda Tudge, in June 1991. After Peter died in 2003, Belinda continued to run the business until November 2005, when The Cock House was bought by businessman Richard Anker-Simmons.

Broll Auctions and Sales will take the property to auction on February 16 at the Wanderers Club in Johannesburg. Broll senior broker Andre Potgieter said the property would be sold fully furnished and as a going concern should the purchase elect to continue running the business.

The 4 000 square metre property dates back to 1826 when the original plot was granted to Benjamin Norden, a merchant from London.

Between 1971 and 1981, South African author Andre Brink lived in the house, responsible for much of the initial restoration work. He wrote four of his books, including A Dry White Season and Rumours of Rain in the house.

Famous guests over the years include Nelson Mandela and Nobel laureate Seamus Heaney.