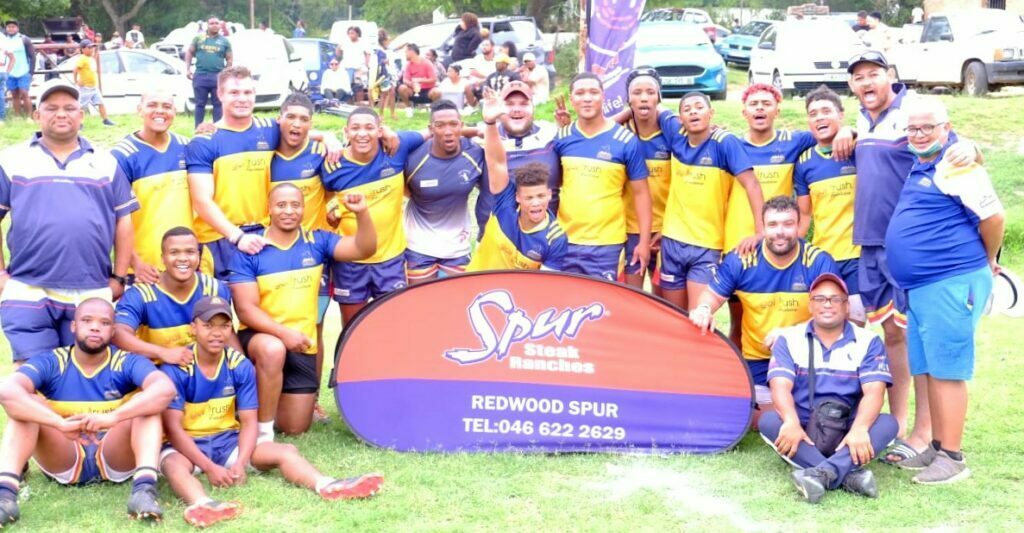 Rugby is back, and the hunger to play and watch was evident, with rugby enthusiasts from all over the Eastern Cape gathered at the Albany to support their respective teams. Close to 2000 spectators witnessed some salubrious running rugby and talent on offer throughout the day.

The two top teams of each group progressed after the pool stages.

Brumbies 1 and Kirkwood played to a 0-0 draw in the opening round of the pool stages as both teams tested each other.

Brumbies 1 then had to win to secure the top spot in the pool, while a loss and a win for Kirkwood vs Evergreen could see the hosts knocked out of the tournament.

However, Brumbies 1 rose to the occasion by winning their second match, booking a spot in the semi-final against Trying Stars 2.

Winter Rose went up against Trying Stars 1 in the other semi-final.

When Trying Stars 2 withdrew from the semi-final, Brumbies 1 were given a free ride into the final.

After normal time, Winter Rose and Trying Stars 1 ended in a dramatic 19-19 draw. The game went into five minutes of extra time. When there were still no points, the winner was decided by kicks at the post.

Winter Rose was declared the winner to set up an all-Makhanda final with Brumbies 1.

The final between the two local clubs didn’t disappoint as Winter Rose put up a fantastic show against the hosts, Brumbies 1.

The highly competitive final brought some exciting and entertaining running rugby from the two teams and pulled the large crowd out of their seats. Brumbies worked extremely hard to break Winter Rose’s rock-solid defence. They eventually did so after some individual brilliance from the young stallions.

In the end, Brumbies 1 ran out deserved 19-5 winners and were crowned Spur 10’s Festival Champs.

Brumbies 1’s star player Eldrico Kivitts had a fantastic day and was voted Player of the Day for his outstanding all-round performance. He was an exceptional playmaker for Brumbies and stood out with his profound ball skills and decision-making process.

Brumbies Head Coach Ricardo Abrahams was delighted with the day’s event and the young talent on show. “It was a lekker day, and the goal was for both Brumbies teams to get game time as preparations for the preseason. The win was just a cherry on top as we wanted to see how the young players reacted under pressure, which is part of their learning process.

“We are looking forward to next season with the young group of players.”

The Club’s Acting Public Relations Officer Monray Evans extended a particular word of gratitude to Redwood Spur as the event sponsor for their immense contribution to its success.

He also thanked everyone who supported the event by purchasing Spur Burger tickets and preparing food for the players and the clubs that participated.

“We trust that this was also a valuable practice to your players as we all prepare for the return of rugby in 2022. Last but not least, to every spectator who came to show their support on the day, your presence has contributed to the event’s success. It was good to have you around the field on the day.”

Brumbies will take part in the Trying Stars 10’s Tournament on 8 January 2022 in Alexandria. Previous ArticleBlack Stars score a sponsorship
Next Article Looking For a Pet Sitter? Tips You Should Consider