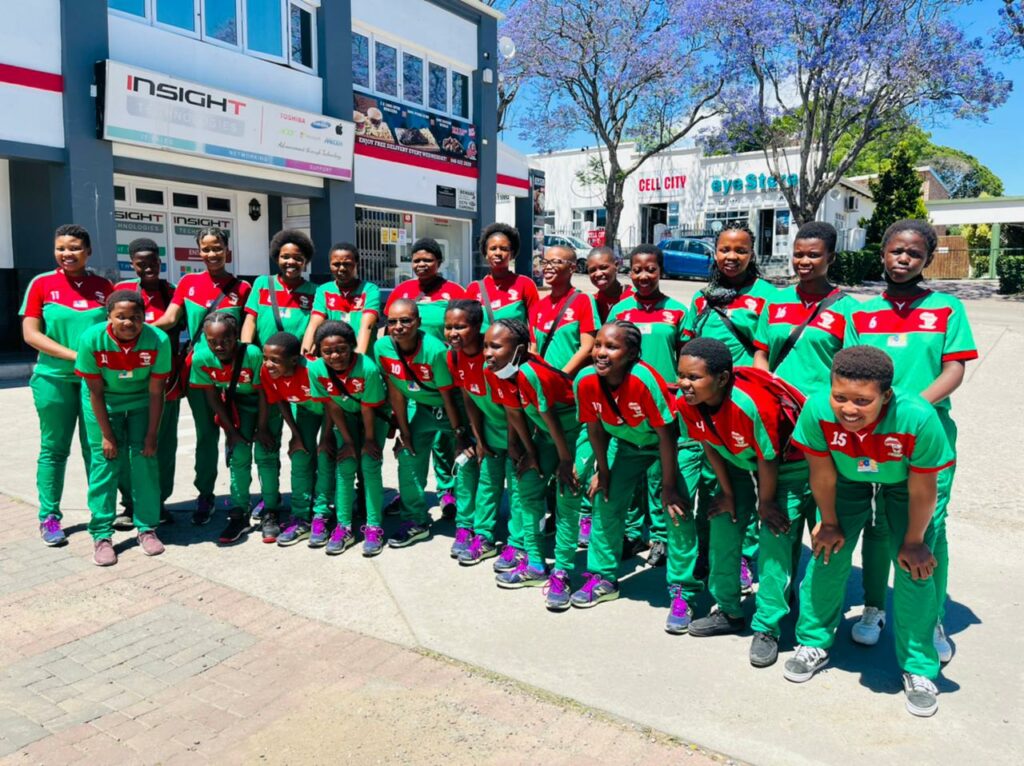 African Connection Women FC on the day of their 25th anniversary celebrations.

Amakonokono kicked off their big day with a pre-match meal hosted by Redwood Spur before making their way to the home of local football JD Dlepu stadium to face Cookhouse Ladies Football Academy.

The young Connection side gave the local fans good value for their support as they stood toe to toe with their opponents in a thrill-a-minute encounter.

The home side came from a goal down to win by three goals to one. The whole stadium came to a standstill when Connection introduced their retiring goal machine for the last 20 minutes of the game. Nwabisa” Lhasie” Tyelbooi got a standing ovation when she got up from the bench to replace her 13-year-old teammate.

The day was rounded off by a gala dinner where guests came in numbers to celebrate with the seven times regional champions.

Ramie Xonxa, the guest speaker on the day, congratulated Amakonokono on their great achievement. “This is no longer a club as they have surpassed that stage now. They are now an institution which deserves every support it can get from the government and businesses”. He also emphasised the role of sport in our communities.

The gala dinner finished off with an end-of-year prize giving where Zikhona Mahlakahlaka was crowned 2021 player of the year. The young defender, who spent six years at the club, thanked all the sponsors and individuals who played a significant role in ensuring that the anniversary went ahead without glitches.