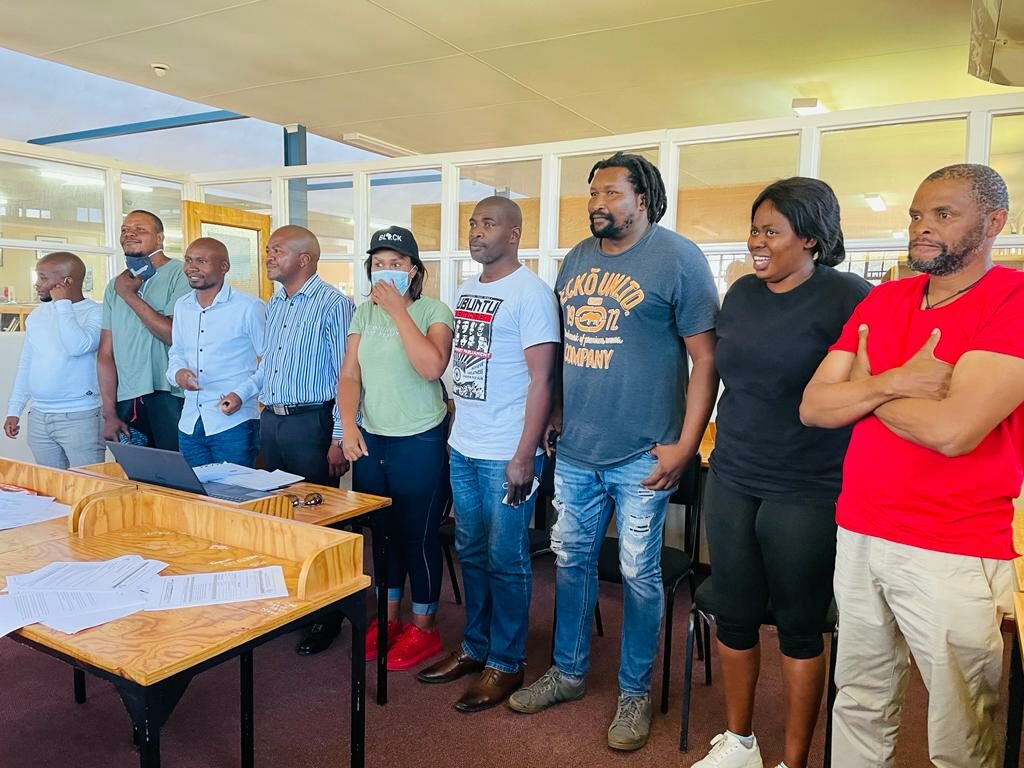 Two weeks ago, Makana LFA held its annual general meeting. All affiliates were allowed to elect the people they thought would take local football forward.

Andile Marhasi who represented the Sarah Baartman region was here to oversee the whole process. A new Makana LFA leadership was elected and promised to deliver.

This new leadership has the massive task of steering local football in the right direction. One of their major challenges will be to find sponsorship as the league has no sponsorship for both their first division and premier league.

They will also have to deal with minor issues that might dent the league’s image. It will be easier to market the league if it is well run. The refereeing department needs serious attention, and some of the teams need to be taught the discipline and responsibilities that come with playing in a league, especially the premier league.

According to Makana LFA’s secretary Akhona Heshu, this newly elected leadership is eager to work together and rectify some of the things that went wrong in the previous seasons. “We all share the same vision of trying to develop our local football and we are united and pulling into the same direction,” he said.

The elected members are as follows: Chairperson is Afika Adam and his three deputies are Anelisa Bentele, Mzuvukile Hoboshe and Tando Dyibhishe. The secretary is Akhona Heshu, treasurer is Siyamthanda Dyantyi with Osward Chikutika and Asanda Koliti as additional members.

Makana’s football-loving people will be eager to see if the newly elected leadership will be able to bring much-desired change to the local football scene.