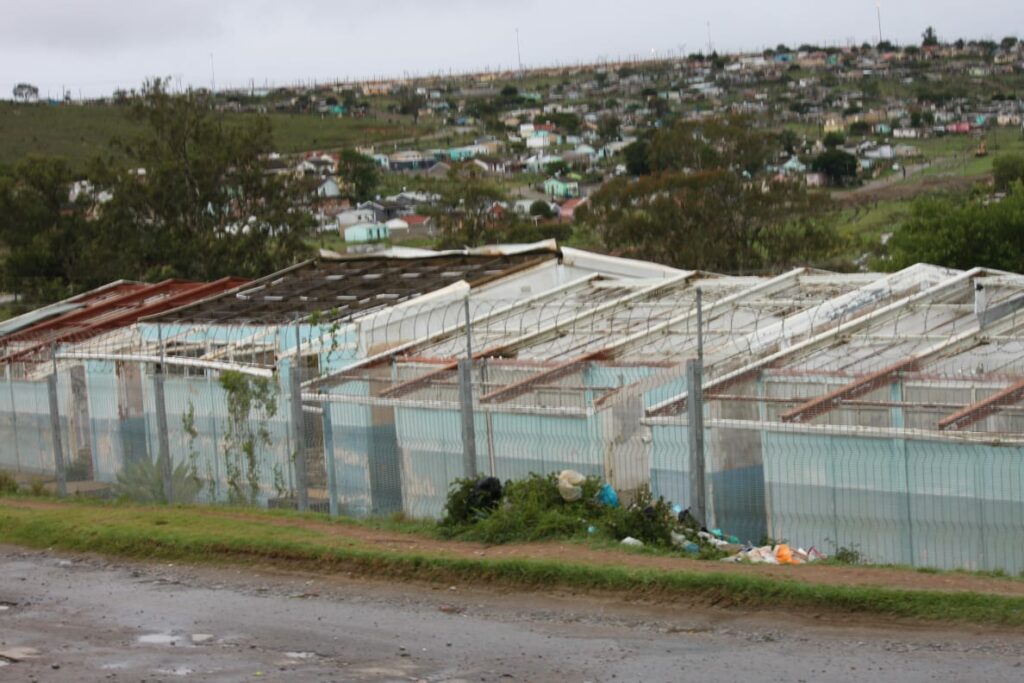 The R55-million upgrade of Makana Primary School was due for completion this year. The project collapsed in 2019 after two Eastern Cape Government department bungled payment to the contractor.

In June 2019, the contractor tasked with upgrading Grahamstown Primary School abandoned the site after the provincial Department of Education and the Department of Public Works and Infrastructure – the implementing agent for the school upgrade – failed to pay them.

The R55 million upgrade was set to provide the school with a new administrative block, library, IT centre and school hall.

Principal Leon Coetzee said, “One morning, the contractor came to me and told us he had never been paid. He gave me the keys and left. All the looting started after that.”

Soon after the abandoned upgrade, the school was vandalised extensively, with most valuable materials stripped from the site. Eventually, the Department of Public Works hired a security guard to protect what was left.

After nearly two years of silence, officials from the provincial Department of Public Works and Infrastructure contacted Coetzee last month.

‘They said that there is a possibility that the contract might be renewed again,’ said Coetzee.

The Eastern Cape Department of Public Works and Infrastructure Media spokesperson Vuyokazi Mbanjwa told Grocott’s that the department is “busy with finalising the planning which includes design and bill documentation” for the Grahamstown Primary school upgrade.

However, Mbanjwa confirmed that the tender process would have to be completely restarted.

Although Coetzee is hopeful about signs that the upgrade will resume, he is concerned about what a complete restart of the process will mean for the completion date of the upgrade.

“It was quite surprising to find out that in renewing the contract, everything is going to start all over again; there will have tenders going out, new plans being drawn up etc. I said to them that we have a copy of the old plans, and they said they have a new architect, a new person in charge of electricity and all of that,’ said Coetzee.

The original process for the upgrade started in 2017 and was expected to be completed in 2022. “There was a two-year period where we had meetings and plannings, the tender was put out, and SMMEs [Small-medium sized enterprises] were contracted,’ according to Coetzee.

After this two-year planning period, Grahamstown Primary was moved to prefabricated premises a couple of roads down from the original school buildings in Currie street in 2019 so construction could start. However, the construction did not last long before the contractor abandoned the site.

Coetzee said that although the school has adapted well to the prefabricated premises, keeping it clean and functional, it is still temporary and was only expected to be used until the end of 2021.

“The floors are cracking here. This is just temporary, and my whole worry is how long the project will take,” said Coetzee.

Mbanjwa said that the delay in restarting the school upgrade was that the “client department [the Eastern Cape Department of Education]had financial challenges in the past which “have since been addressed”.

If it follows a timeline similar to the previous project, it should be completed around 2025.

In 2018, the Eastern Cape branch of NGO Equal Education released a report titled Implementing agents: the middleman in charge of building schools, highlighting significant gaps in oversight, performance monitoring, and accountability between implementing agents, contractors and the Eastern Cape Department of Education. The report found that the lack of internal controls and capacity to monitor these projects effectively can result in substandard or incomplete school upgrades, which harm both teachers and learners.