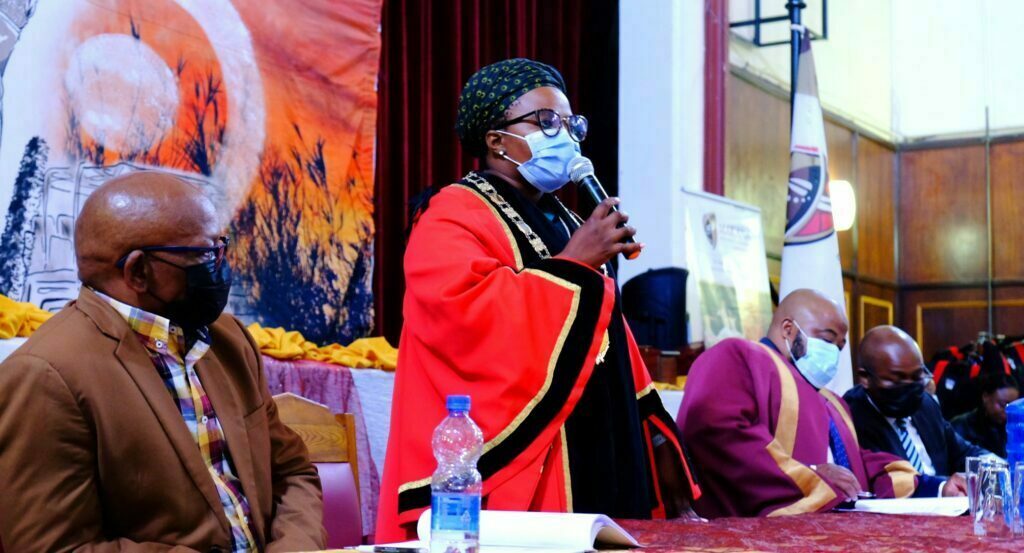 The ANC deviated from its own script at the inauguration of the new Makana Council on Tuesday 23 November when its 14 councillors voted in Yandiswa Vara as Mayor of Makana.

In a press release on Monday, ANC Provincial Secretary Lulama Ngcukayitobi said Nomhle Gaga would be Makana’s mayor. Instead, Vara, the popular former speaker, received the nod over Gaga, who was ejected from her mayoral seat in November 2018 by the ANC’s Sarah Baartman Region in November 2018.

Regional Chairperson of the ANC Sarah Baartman region Scara Njadayi told Grocott’s that “anything relating to the changes on the initial pronouncements by the Provincial Secretary is something that is handled internally within the parameters of the organization”.

“If there are any developments the public will be informed in due course,” Njadayi said.

“The ANC elected Yandiswa Maya Vara as the Mayor. She is expected to serve and service the people of Makana,” he added.

Commenting on Vara’s election, the Makana Citizens Front (MCF) proportional representation councillor Philip Machanick said the mayor has to be elected from councillors “and Nomhle Gaga was not elected”.

“Whether this means there was a change of strategy or whether there will be a switch later remains to be seen,” Machanick said.

Grocott’s Mail readers reacted with a mixture of disbelief and anger Monday to the news that Gaga could return to Makana’s top post.

But, the negativity dissipated when Grocott’s broke the news of Vara’s induction on Tuesday.

City Hall erupted in ululation and song when the election result was announced by Municipal Manager Moppo Mene.

In a short acceptance speech, Vara said she pledged “not to disappoint my organisation or the community of Makana”.

The new Chief Whip of the Council is ANC Ward 10 councillor Zodwa Cetu.

Commenting on the inauguration voting patterns, MCF’s Philip Machanick said his party was “new to the game, so much of it was about testing the waters”.

“We put up candidates for speaker and mayor who we did not expect to win and were disappointed that we did not get cooperation from the Democratic Alliance (DA). However, the EFF and to some extent the independent candidate were willing to work with us.

“As a result, we switched the representation of our council at Sarah Baartman District Council from two ANC and one DA to one each of ANC, DA and EFF. As a local civic movement, we are happy for others to represent us at District and we now have three parties to call on if we need issues taken up at that level.

“We were also pleased that we were well prepared to question aspects of the proceedings, including the latest amendment to the Municipal Structures Act where the election of the whip is clarified,” Machanick said.

“The ANC can control the council tightly using their knowledge of rules and procedures so I am happy to serve with people like Lungile Mxube and Jonathan Walton who are on top of these issues.”