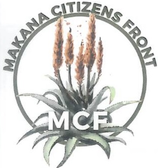 The Makana Citizens Front’s (MCF) five proportional representation councillors will sacrifice a portion of their salaries to fund the appointment of ‘shadow councillors’.

MCF interim convenor Lungile Mxube said each shadow councillor will receive a stipend of R8000 per month, paid by MCF. One MCF councillor is giving 100% of his salary to help fund the shadow councillor model, and the four others are contributing 50% of their Council salaries.

The shadow councillors will “monitor municipal project implementation, take up community grievances, ensure ward councillors are accountable to their constituencies and communities, support development initiatives, and support sectors in their campaigns, activities and programmes”.

The MCF will seek funding to grow the programme.

The MCF won five proportional representation seats on the Makana Council elected on November 1, but no ward seats. The MCF has organised Makana into three clusters, and the five PR councillors will be deployed in each cluster.

Mxube said the shadow councillors would have Key Performance Areas and that their “deliverables will be measured in terms of the progress they make in their community service projects, the monitoring of municipal projects, etc.”.

Mxube also said shadow councillors would not mix their community development services and civic duties with organisational work. Instead, MCF volunteers and activists will be responsible for membership recruitment and organisational business.

Responding to an MCF Facebook post about shadow councillors, dozens of commentators commended the idea. One congratulated the MCF on a “great and creative initiative”.

However, another Facebook commentator was concerned there had been “no mandate” for the shadow councillor idea. Previous ArticleMixed feeling about the shift of ECD centres to the Department of Education
Next Article The conversation has begun, and we need to ensure it continues