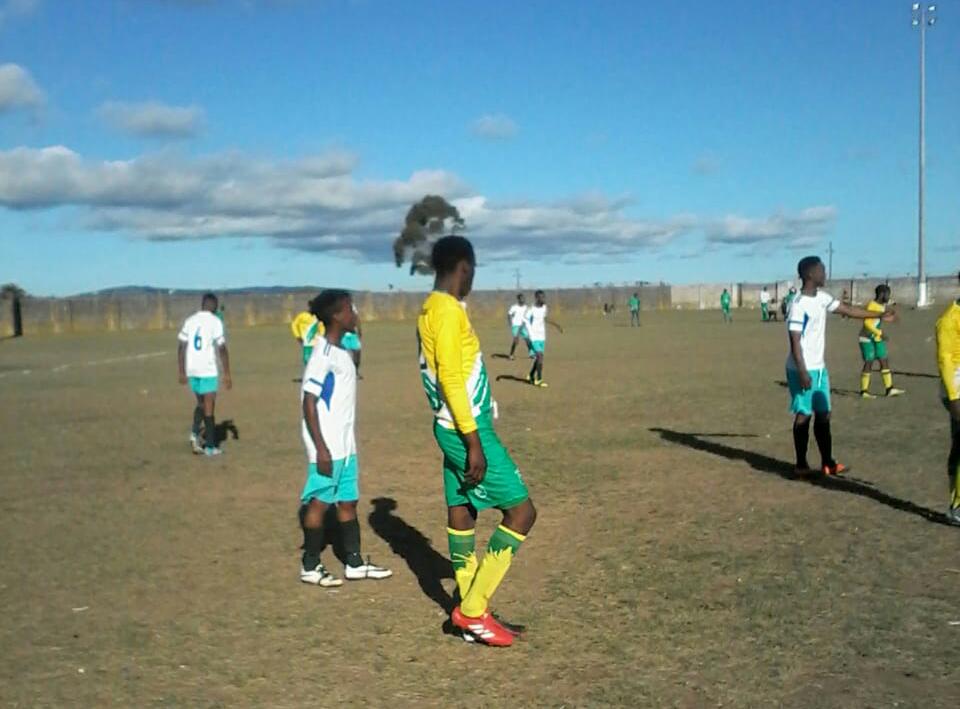 Onwabisa Magutywa of Aces in yellow scored a brace in the clash between Jacaranda Aces and Bathurst-based United Eleven.

On Saturday, 30 October, a huge crowd turned out at the home of local football JD Dlepu stadium to witness a great game.

Newly promoted local outfit Jacaranda Aces took on Bathurst-based United Eleven in a SAB regional league encounter. Both teams started the game with a blistering pace, trying to gain an early advantage. The home side seemed to rush things and were unable to put the ball on the ground and string passes and were also unfortunate to concede a penalty after the ball had hit one of their defenders on the arm.

The referee did not hesitate to point to the spot even though the defender’s arms were in a natural position and did not extend his arm to stop the ball. The visitors scored the penalty and took the lead to the halftime break. Aces equalised immediately after the restart via a well-taken header by Sixolile Koliti. Just seven minutes later, Onwabisa Magutywa curled in a free-kick just a few meters outside the box to give his team the lead.

The Dlepu crowd erupted when Magutywa fired home a cracker after a well-placed pass from the right-wing. Abachathazi pushed for more while exposing themselves at the back, and they paid the price when United pulled one back. The visitors piled on the pressure and eventually found the equaliser with only six minutes left on the clock.

Aces threw away a two-goal advantage at home, which is a serious blunder at this level. The poor standard of officiating in this game nearly spoilt the game. Tempers flared, which resulted in Aces’ coach being shown a red card. There is a big difference between a biased and a poor referee; the man in the middle in this game was just poor on the day, which happens even to the best in the world. This game seemed to be too much for him, but the fans were treated to great football dished out by both teams. The game ended in a 3-all draw.