How do we begin to talk about sexual violence? 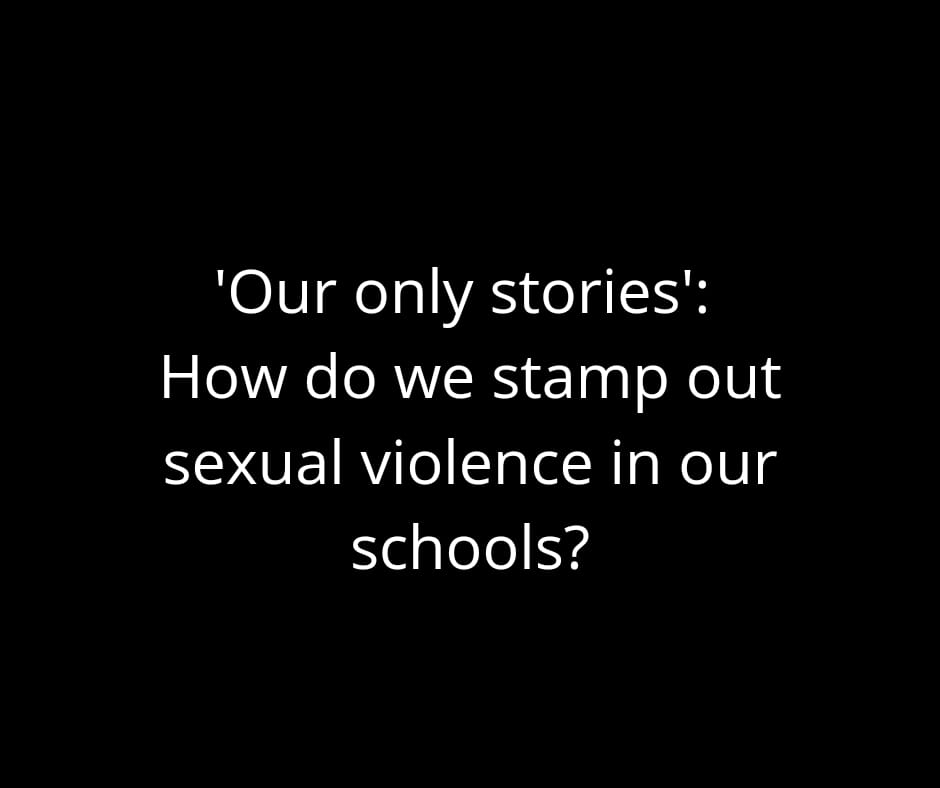 It has been a difficult week as we are faced with disturbing stories of sexual violence: a report of a taxi driver charged with raping a schoolgirl, and a letter from a community member speaking out about sexual abuse that took place at one of our schools 20 years ago.

How do we as a community begin to have a conversation about violence, especially sexual violence against young children regardless of whether the violence took place while they were in the care of teachers or those who provide services such as school transport?

Sexual violence is a grave misuse of power and a clear disregard for the life and wellbeing of another person. In our case, as the community of Makhanda, these abuses of power have happened to people within our community, people who we belong to, and who belong to us. Perhaps we are being naïve here but we do believe that we owe each other something as people of this town, this community. Studies on news reporting of sexual violence show that sexual violence is often treated as an isolated event – a case. It becomes removed from the broader context of the environment in which it took place.

But we do not believe that this is the way to be thinking about sexual violence, or any violence. We need to place it within the context in which it occurred, be it in a school or any other setting, and to ask what it is about that environment and the people within the environment that made it possible for the violence to occur.

Violence is not something that passes, that is over after the incident or act of violence has occurred. Not for the victims or survivors. Those who survive violence go on to experience the repercussions of it for many years later. As we see in the story shared with us this week, the consequences of an abuse of power at one of our local schools two decades ago is still felt today.

The My Only Story podcast series was a challenging listen. To know that something like this had happened in Makhanda was difficult to comprehend. But it was also difficult to imagine how to begin reporting on it in a way that we could engage with as a community. To consider how to focus on the issue of sexual violence in schools, and not on perpetrators and victims.

Often stories of violence are caught up in the details of the act of violence, which may remove us from the key issue: violence is happening in our schools. This is not to dismiss the experiences of numerous pupils at our schools but rather to shift the focus off of them, and onto us, the community, the schools, the spaces of extracurricular activity, and any other space where young people are found.

How do we as a community create spaces of safety where young people are able to focus on their education and not the risk of violence in the spaces they find themselves in?

What systems can we put in place to protect young people, and all people of this community, from violence?

What systems can we put in place that ensure that reporting of violence can be a supportive experience, one which is centred on care?

We understand that with regards to sexual violence that much of the weight of the work is on the criminal justice system and, at times, healthcare institutions such as hospitals, at the point of reporting. But how can we support these systems and institutions? How can we work together to ensure that sexual violence has no space to thrive in our community?

We pose these questions to all of us of Makhanda. We have our own ideas, and we are sure you do too. If anybody is already creating space for such conversations or wishes to begin a conversation, please reach out to us at Grocott’s Mail and let us know how we can support you or invite us to join you in conversation. You can email us at community@grocotts.co.za or text us on Messenger.