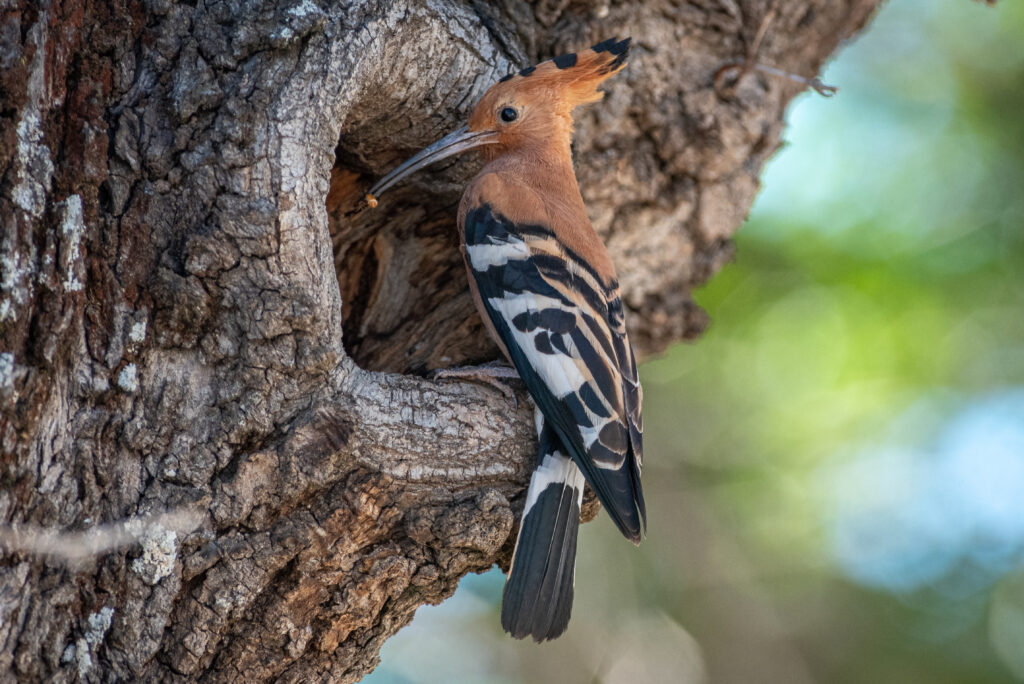 An African hoopoe (Upupa africana) feeds its chicks in one of the dead oak trees in Henry Street. Photo: Harold Gess

The dead oaks on Henry Street may need trimming or felling, but local twitchers warn that this will need to be done sensitively at this time of the year as a number of the trees are home to hole-nesting birds, including hoopoes and wood hoopoes.

While the female remains with the offspring, the male provides food for the mother and chicks. After a week, the female also contributes to the chick’s diet until they leave the nest from one month and find independence by the age of two months.

Pairs of African hoopoes remain together during the breeding period, after which they may find a new partner. Males typically choose to use the same site to nest in the following year. The breeding season takes place from August to February and peaks between September and November.

Female and young hoopoes can secrete an odour to ward off predators, Afrifreak warns. Females will huff and hiss if disturbed while nesting, and young hoopoes also defend themselves with their wings and bills when threatened.

Adult hoopoes can hover outside of the nest to feed young. They are well adapted to man-made habitats like gardens, orchards, plantations – and dead oak trees!

Previous ArticleSouth Africa’s local government is broken: could the 2021 election outcomes be the turning point?
Next Article Weekly rainfall – 4-10 November