South African voters are disillusioned. But they haven’t found an alternative to the ANC 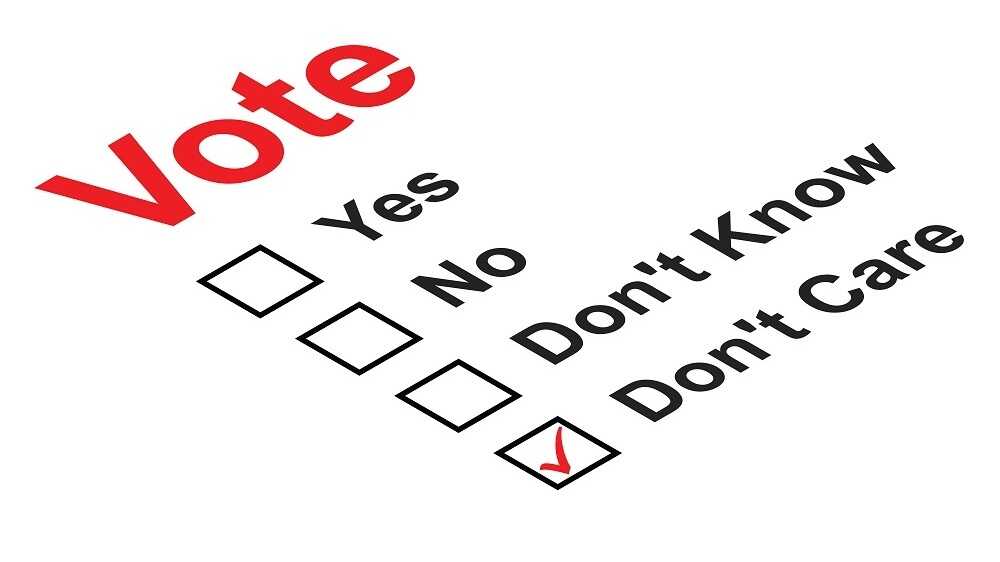 By STEVEN FRIEDMAN, Professor of Political Studies, University of Johannesburg

South Africa’s historic 2021 local elections have highlighted a deep hole in its party politics – the governing party is in decline, but most voters will not vote for its rivals.

The elections are historic because they are the first since democracy’s advent in 1994 in which the governing African National Congress (ANC) has won less than 50% of the national vote. This is less earth-shaking than it sounds – the ANC vote has been declining for over a decade, and in the local elections of 2016, it lost control of several large cities. The election of Cyril Ramaphosa as president stemmed the tide in the 2019 national ballot, but the municipal elections show this was only a reprieve.

But, while it was not a bolt from the blue, the media has greeted this milestone with breathless excitement as the beginning of a new era of vigorous party competition. Since the ANC is deeply unpopular among the urban middle class from which reporters and pundits are drawn, no one noticed that it might also usher in a period of political instability.

While the ANC is losing support, no other party is gaining anything like the numbers needed to assemble a national government. Even in its worst election showing ever, the ANC has more than double the vote of the next biggest party, the Democratic Alliance. The DA has twice the support of the third biggest party, the Economic Freedom Fighters (EFF), which won only one in ten votes.

Suppose this result is repeated in the next national elections, in 2024. In that case, the only way the ANC could be relegated to the opposition benches is if just about all other parties agreed to govern together. Since the opposition, inevitably, comprises parties of various political hues, a governing alliance between them would be just about impossible – and would not last very long if it was, by some miracle, established. The DA has, for example, insisted it will not govern with the EFF, and this alone takes a united non-ANC national government off the table.

Identities chiefly shape voters’ choices – citizens support the party they feel speaks for people like them. In most democracies, the idea of the voter as a human computer, calculating what they can get from each party, is a fiction: in very old democracies – such as the United Kingdom and the United States – voters have supported parties for decades regardless of what they offered them.

In South Africa, this is particularly strong. The ANC has represented the majority identity and, for many voters, to support another party is to change their identity. And so, its disaffected voters have tended not to shift to another party but to opt out of voting.

The ANC’s local election setback has been – accurately – laid at the door of a lower than usual voter turnout. According to projections by the Council for Scientific and Industrial Research, the percentage poll dropped significantly compared to 2016 – from 57% to 48%. But in the suburbs, where opposition voters tend to live, the drop was negligible. In low-income townships, where ANC voters tend to live, it was sharp.

Lower turnout was not a statement by all voters – it was a message from ANC supporters.

South Africans who shape the political debate enjoy hand-wringing, so the lower turnout has been widely labelled as a sign that citizens reject democracy. Not only are they staying away from polls, but there has been little enthusiasm recently for registering to vote. In mid-September, a voter registration weekend failed to register anything like the expected numbers, and one analyst pointed out that fewer voters are registered now than in 2019.

But a 48% turnout in local elections is high by international standards, and COVID-19 may have made voter registration more difficult.

South African electoral democracy has defied all the dire predictions about its durability – faced with its worst result ever, the ANC reacts not by trying to abridge democracy to cling onto power: it holds discussions on how to win back voter trust.

Voting is also only one aspect of democracy. South Africa remains, as it has been since 1994, a country in which around one third express themselves vigorously and the rest are reduced to spectators – not by law but by the prejudices and power of the politically engaged minority. This has not changed. Increasing numbers are unhappy with party politics not because they think it does not work but because they are disillusioned with the ANC but have no alternative.

This reality is likely to make the brave new world created by the end of the ANC majority messy and difficult. The new reality is not one in which another party will form stable governments in municipalities where the ANC has slipped below 50%. The gap between the ANC and its rivals will make it one of unwieldy coalitions of convenience in which small parties are interested less in representing voters than in looking after themselves.

In some places, it may mean no elected government at all because parties cannot agree. In that case, administrators may be appointed to run cities: ironically, the era of greater party competition could be one in which appointed officials run municipalities.

One possibility is that the ANC will reconnect with its voters and win stable majorities. But this is unlikely. It has tried to deal with its critical problem – that economic realities prompt many of its politicians to look after themselves rather than voters – but its leadership finds this difficult. Precisely because it is a symptom of stubborn realities, it may not find change any easier now.

Around the world, once parties that have dominated elections for decades start sliding, it is tough to reverse the decline, at least until they lose a national election.

Current opposition parties are highly unlikely to become credible challengers for the majority vote. The Democratic Alliance also lost support in this election – it dropped around six percentage points compared to 2016. The EFF improved by around two percentage points, as it does at all elections. But at its current rate of growth, it will be 60 years before it can achieve a majority. If neither can win much larger chunks of the vote when the ANC is in deep trouble, we can assume that they will continue to overestimate their importance.

So, South African politics will remain in limbo until a new party emerges, which can convince people who voted ANC to support it rather than stay at home. How that might come about is a topic South Africans need to begin debating. – The Conversation Africa