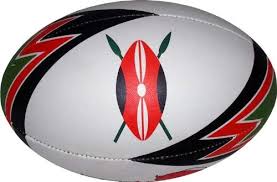 Carlos Katywa is leaving the Rhodes sports admin team and taking his talents to Kenya. He will be joining one of their franchise sides, Kabras Rugby Club, as an assistant coach in the hopes of bolstering his career.

A man from humble beginnings. Carlos was born in Umtata and currently resides in Gqeberha with his mother, brother, and sister. He played plenty of team sports during his schooling at Graeme College, including tennis, cricket, and athletics. However, it was rugby that was always his first love. He amassed over 50 caps for the Graeme College first rugby team and earned his provincial colours for Eastern Province.

He got an opportunity to go to England, where he had a short stint, and on his return, he joined the Sharks Academy before playing for a club side, Rovers Rugby Club. Injuries eventually took their toll, and he called time on his playing career.

Carlos decided to start studying again and obtained his undergrad degree in Communications from the University of Forty Hare (UFH). He followed that up by doing postgrad studies in Archives and achieving his Honours in Communications too. Along with furthering his academics, he turned his hand to coaching Rugby and was involved with the Border U/19 and U/20 teams, where he worked with the likes of Elliot Fana (Border Bulldogs) and Lumumba Currie (South African Rugby Academy).

His Alma Mater, UFH, appointed him as the first team head coach in 2014. In 2016, he coached the team to the Varsity Shield final, where they lost to the University of the Western Cape (UWC). A phenomenal achievement only two years into the job. In 2017, he got the opportunity to return to the EP rugby setup as the Rhodes University first-team coach, which he accepted and began his latest project.

Unfortunately, upon joining, there was very little structure in the rugby department. Carlos had to shoulder much of the team responsibilities, such as head coach, conditioning coach, and team physio. There was no head of rugby or sports officer, and the feeling was that there was no direction for Rhodes rugby. Elise Everton was a big help on the administration side, doing team management.

His tenure started poorly, and the team lost many games. The players were not used to rugby at such an intense level, and Carlos tried to change the entire dynamics of the whole rugby department. Within the next couple of years, plenty of things changed. Frans Mamabolo was appointed the Head of Department, and Sanel Swabashle was appointed as the sports officer. They both assisted Carlos immensely. Coaching roles were filled by specialists so that Carlos could focus on coaching full-time.

The new personnel and structures helped to change the fortunes of Rhodes rugby, and in the 2021 edition of the Varsity Shield, the Rhodes side caught the eye of many of their opponents where they played some competitive rugby. As November approaches, Carlos’ work as a Rhodes coach has officially ended. He will start his tenure in Kenya by the end of this month. Carlos’ impact on Rhodes rugby has been immense, and the efforts that he and his team have put into Rhodes rugby cannot be denied and should stand them in good stead for the years ahead.

Lastly, Carlos wants to extend his thanks to some prominent figures who played a role in his stay at Rhodes.
“To Qondakele Sompondo, thank you for your help during the tough transitional period. To the SEDRU Community, led by Deon Hilpert for their support in helping Rhodes rugby. To Swallows RFC, who reminded me of all the qualities that a rugby club should have.”

“To the coaching staff at Rhodes (Cyle Oerson, Lukhanyo Thongwenyi, Alton Jegels, Elise Everton, Sibusiso Klaas, Frans Mamabolo, Sanel Swabashle, and Emlyn Gelant), thank you for the continuous support and hard work that you have put in to help me to change the fortunes of Rhodes rugby. I wish you everything of the best for the years ahead.”