Makhanda runners test their mettle in the Cape Town Marathon 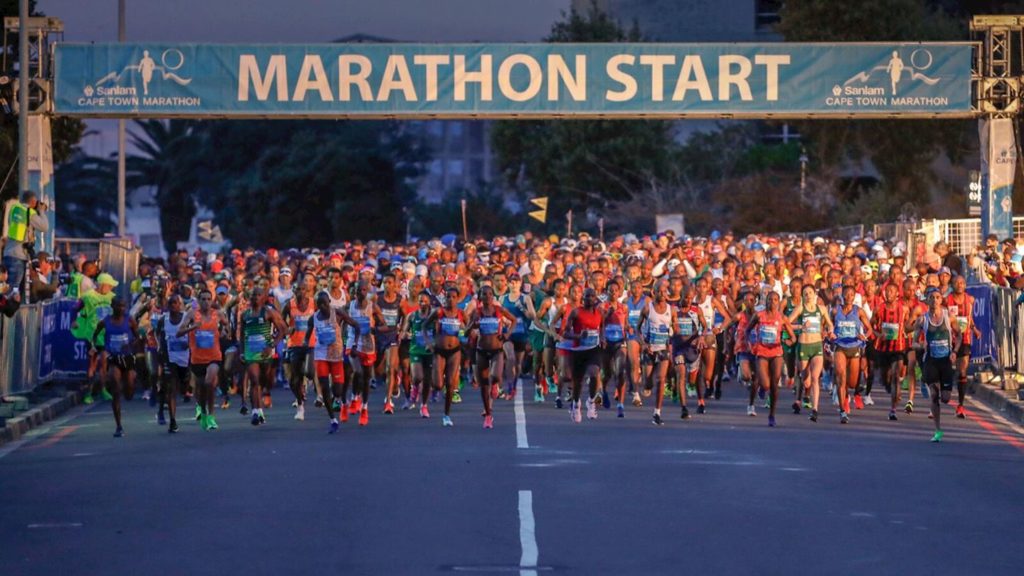 What initially started as a journey of exercising, getting fit, and achieving weight-loss, reached a point where four members of “Fun and Health with Mo” took their talents to Cape Town to compete in the 42.2km Cape Town Marathon.

Mo started Fun and Health with Mo in 2019, designed for helping himself and others to lose weight. They primarily ran and included things such as boot camps too to help improve their fitness. The group tried to help each other as best as possible by motivating and pushing each other to continue their respective fitness journeys. Slowly but surely, they started to see improvements.

As their fitness improved, their goals and ambitions expanded, and the next step was to increase the amount of running they were doing. The group started doing longer runs in the hopes of getting their fitness and stamina up to the level where they could enter into marathons. Mo said by the end of this year and going into next year, the group will compete in more marathons. This journey has already started with the Cape Town Marathon that happened three weeks ago.

In the build-up to that race, the group entered a few smaller races, including the GBS run, MEC Khonyani in King William’s Town, and the Run with Masinga, with all race’s proceedings going to charity. The Cape Town marathon represented o the biggest challenge to these runners thus far, and they acquitted themselves very well. However, their main goals are to compete in South Africa’s two biggest marathons – The Comrades Marathon and The Two Ocean’s Marathon.

A map of the Cape Town Marathon route

Two of the runners that did the Cape Town Marathon, Lungisa Ngqina and Siyabonga Tunzi, spoke to me about their individual experiences from the race and the journey to Cape Town. The trip itself to Cape Town was not easy. The runners relied on sponsors to get them to Cape Town and for accommodation and transport costs.

Ngqina said he did the race not to set any personal best times but to finish. Running served as his most significant motivation for losing weight, and the race was just a way to see what progress he had made over the last two years.

Tunzi also started running for personal reasons to lose weight, and he set himself a target of 4 hours and 20 minutes to finish the race, which he completed in 4 hours and 14 minutes. That was a perfect way for him to showcase the progress he has made. The two men are both keen to run more races now and want to challenge each other to try and beat the other.

Some races in the near future include the PE Marathon on 4 December (42.2km) and the Hogsback run on 11 December (21km). This is merely the beginning of what Mo and the rest of the runners hope will be a fulfilling running journey on their way to reaching their fitness goals.