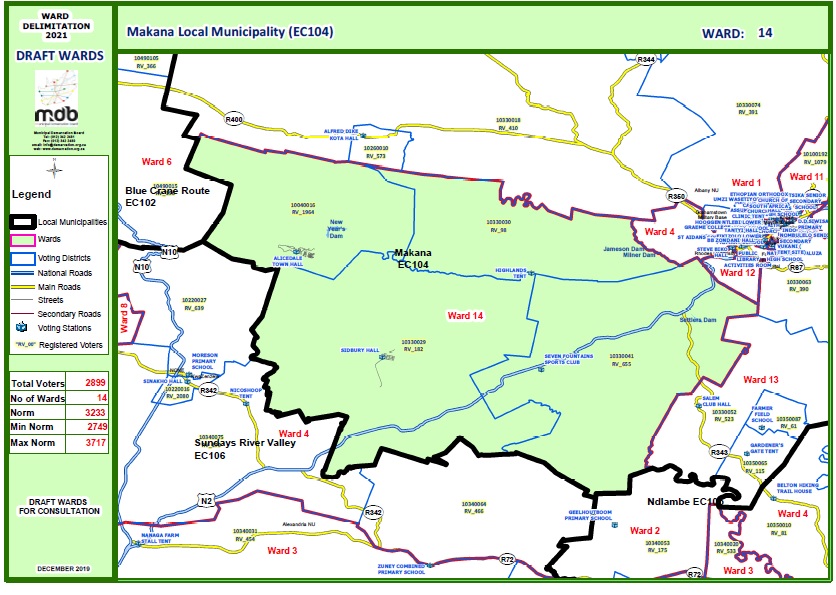 In a shock victory, Independent candidate Vuyani Nesi has captured Ward 14 after receiving 40% of the ward votes. He secured 721 votes at the Alicedale voting station alone.

The ANC won 49,54% of the proportional representation votes. Independent candidates are not eligible for PR votes.

This may explain the high number of spoilt ballots in Ward 14. Over 20% of PR ballots and almost a quarter of District Council ballots were spoilt. It seems that many voters were primarily interested in getting their independent ward candidate into office – and were not keen to vote for any political party. Voter turnout in Ward 14 stands at 59.61%, slightly higher than the 58.59% recorded in 2016, and the highest voter turnout in Makana’s municipal elections this year.

Previous ArticleWard 13: Who won?
Next Article ANC will control 14 of 27 seats on the new Council