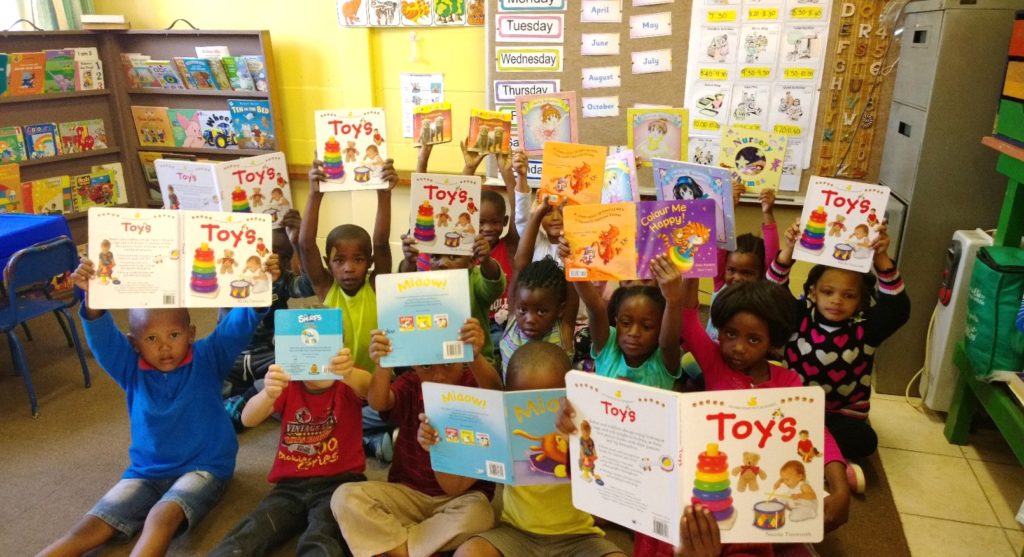 “I just think there is a complete lack of hope for people; they’re like, ‘well there’s no employment, so to go to school and get an education there is no guarantee you’re going to get a job anyway’.”

In the aftermath of the local elections, Cathy Gush, the literacy manager at the Lebone Centre, shared her thoughts on the issues in Ward 4 and what she hopes will change in the future.

She believes that the new Ward Councillors need to work with NGO’s and prioritise services for children.

When asked about the difficulties faced in the community, Gush took a deep breath in and said, “Sho, where to start?”

“This is an area that is hard-hit by unemployment and all the accompanying socio-economic ills… alcohol is a big issue, substance abuse is a big issue, as is Fetal Alcohol Syndrome. That’s one of the things we are working on, through an awareness programme on its devastating effects because it’s 100% preventable and 100% irreversible,” Gush said. “And with that comes child neglect and child abuse.”

Gush spoke about the state of education in the community. “School attendance has also been terrible, especially now with COVID, there have been huge dropout rates in Wards 3 and 4. Many schools also don’t have enough room to space these kids out, so they’re still platooning, which means they only go to school every second day.

“The effects are going to be pretty devastating because they already live in difficult conditions where sometimes there isn’t a lot of home or parental support, and now they’re not even coming to school.”

“Also, the no-fee paying schools are dependent on the Department of Education, who cut their budget to the bone. So, they do what they can, but it’s very difficult. So, that’s also what these children face,” Gush added.

“Because there is no employment, creating hope is a big issue. You know, I see these young guys who live up the road from our Centre, I see them sitting out on the veranda all day, and I think, how awful is that, to wake up in the morning, and you have no reason to get up? You have nowhere to go? Nothing to do. It’s no wonder people indulge in substances. We need to change that through education and employment programs.”

When asked about the local elections, Gush said, “Whoever takes on the ward must work with the municipality to regulate these educational conditions; I don’t think enough of this is happening. Infrastructural stuff is important, but they also must seriously look at what is provided for children. Like the Library, is it functioning, is it doing outreach, has it got internet? The Community Library could be a thriving centre of education if it were properly managed.”

“Also, you don’t want to be Draconian, but it is compulsory by law to send your kids to school until the age of 16, so that needs to be policed. Otherwise, it’s a general malaise, so, make sure standards are met, make sure kids are either in ECD centres or schools and make sure they are properly functioning.”

Gush explained that ward councillors need to be collaborating with the community and NGOs to find out what the issues are in that area and stimulate growth where it is required, especially for children.

Gush said that the current Ward 4 councillor wasn’t very involved in the community to her knowledge. She said, “We only saw him once or twice when we asked him to sign a letter of support for an application or something.”

Gush said, “I think it’s not because parents don’t want to support their children in a lot of cases; it’s that they don’t know how to and don’t have the resources. We do what we can with what we’ve got, but funding is a big issue. Our aftercare programme is under threat, and it’s ridiculous that something as essential as that is not prioritised.”

“What is essential if you’re going to be the councillor for a ward is to build relationships and get to know your ward. You can’t sit across town and not know what is going on; the only way to do it is to spend time in a place. There is no substitute for that.”

The Lebone Centre began in 2005 as a Kingswood College initiative. In the 16 years since, the project has grown into an independent NGO, registered as the Integrated Community Development (ICPD) Trust. The focus of the Lebone Centre is to provide educational support to children, ages 0–9, and their families. The Lebone Centre currently has a range of programmes on the go, which help children reach the appropriate level of development by the time they reach the Intermediate Phase of schooling.

For children aged 0-5 years old, the Early Childhood Development Programme includes the #EveryBabyMatters initiate, which focuses on the first 1000 days. This involves awareness-raising at clinics and home visits to help mothers and their babies with early stimulation.

The Foundation Phase Programme for 6–9-year-olds includes support for Grade R learners and teachers, off-site Classroom Libraries and Provisions of books and literacy resources (as part of “Project 2020”). In addition, the Centre provides the Aftercare & Enrichment (ACE) programme, which provides a nutritious meal and literacy, numeracy, and psycho-social support for children in vulnerable situations.

Previous ArticleWARD 11: Who won?
Next Article ANC retains 11 wards but dips to historic lows at the polls