“We don’t want to vote, but we have no choice” 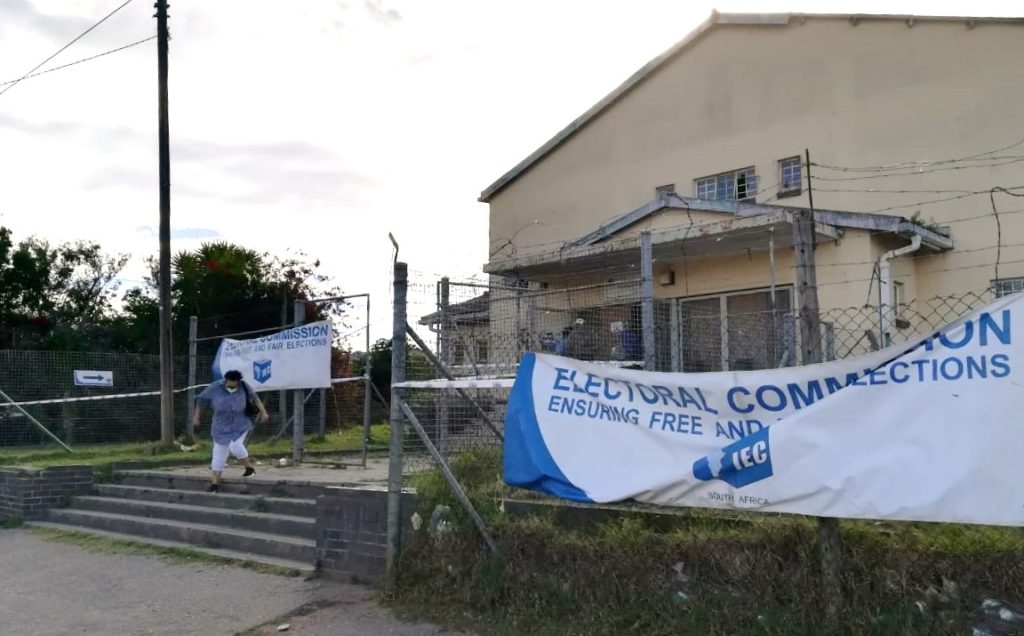 Heiron Potgieter, 64, said he was voting to “get things better – at the moment, Grahamstown (Makhanda) is very bad.

Scott’s Farm resident Rew Andrews, 62, said, “We don’t have electricity. We don’t have water. We have sick people. The drains at our homes are leaking. My cousin has TB, and there’s sewage in her yard. It’s been years.”

“We want things to change for the better for everyone and not just individuals. We don’t want to vote, but we have no choice,” she said.

Thembisa Sajini was walking home to Tantyi with a colleague from her job at a local butchery: “I was not even considering voting,” she said.

ANC party agent Monica Israel at Ward 4 Recreational Hall voting station said the relationship with other party agents had been amicable” “So far so good. We don’t have any grievances.”

Patriotic Alliance party agent Amanda Nondlwana, 21, said it had been a tough day: “But, it is still going well – we hope for the best.”

She advised other young people to “be sure to vote for the right people because we really do need changes.”