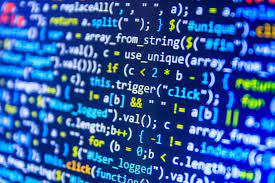 Next Friday, 5 November at 3 pm, join Professor Jean Greyling, and host Monica Newton for a webinar: “Unplugged Coding: Why schools do not need computers to teach coding.”

In South Africa, 16000 out of 25000 schools do not have computer laboratories, while many existing laboratories in schools are dysfunctional. This is within the context of the Fourth Industrial Revolution, the desperate shortage of software developers in the country, and the government’s plans to roll out Coding and Robotics as a subject in all primary schools. Furthermore, coding is not only relevant to careers in software development.

It can be used very effectively regarding other much-needed skills such as problem-solving and computational thinking.

The webinar will show how unplugged coding (coding without computers) activities can be utilized not only in disadvantaged schools but as the preferred way to introduce learners to coding, even in well-resourced schools. Our project started in 2017 when Honours computing sciences student, Byron Batteson, developed the TANKS coding app at Nelson Mandela University.

Since 2017 over 25000 learners have been reached directly, while our coding kits have been distributed to over 500 schools. The project has received various national and global accolades, including acknowledgement from USESCO and the Falling Walls movement in Germany, for its unique role in future learning.

Previous ArticleDo you want to be part of #NAF2022?
Next Article October Education Bulletin