The spectacle as substitute for real democracy 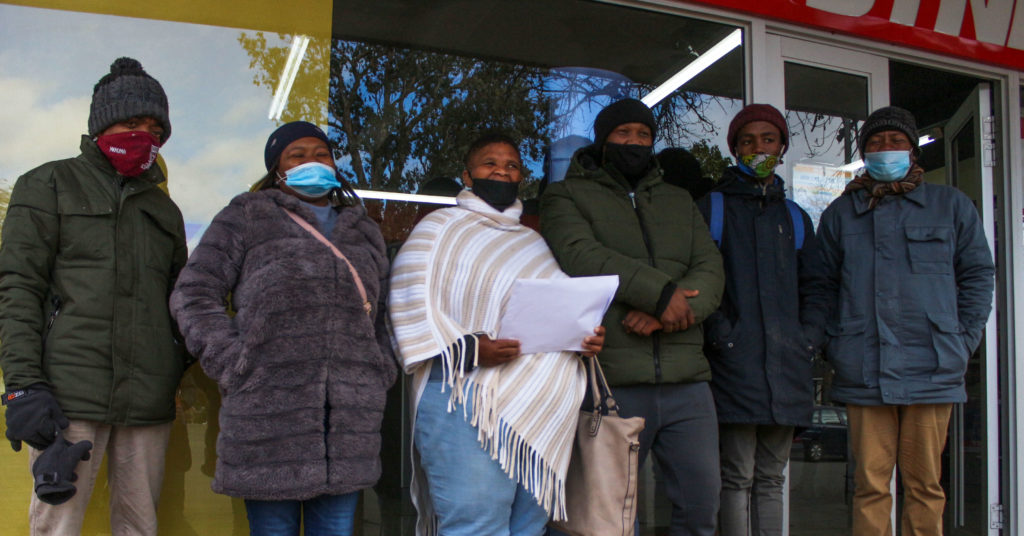 The branding and campaigns of many political parties taking part in the 2021 local government elections reveal their cynical and opportunistic view of voters. By contrast, community organisations like the Makana Citizens Front (MCF) and Makana Independent New Deal (MIND) have focused on resolving municipal collapse, writes CHRISTOPHER MCMICHAEL.

Local government should ideally be a space for people to see democracy realised in their everyday lives because it ensures that public servants improve their wards and respond to immediate community needs.

But ahead of the 2021 municipal elections on 1 November, local government is in a state of crisis throughout South Africa. A toxic combination of maladministration, venal corruption, austerity and bureaucratic indifference has resulted in many towns and cities becoming increasingly unliveable owing to collapsing infrastructure and services.

During their election campaigns, both large and small political parties have been trying to win votes by promising to rectify the catastrophic condition of municipalities. But an examination of these campaigns and parties’ marketing reveals not only a pervasive cynicism but also a dangerous mobilisation of xenophobic and racist fearmongering.

For example, a 19 October Facebook post by the ANC Makana sub-region accused “the white community led by the local white businesses” of using food parcels and soup kitchens to “infiltrate our black communities”.

Contrary to the bluster of professional political parties, community organisations contesting the elections have focused on actually resolving municipal collapse. The ward councillor candidates running for the Makana Citizens Front (MCF) prepared social media videos that focus on specific, ward-based problems like sanitation. Rather than bluster or scapegoating, this communication is intended to address voters’ immediate, material concerns expeditiously.

This stands in contrast to the politics of election spectacle, which has been defined by reactionary politics and a profound lack of ideas to address the local government crisis.

Modern political campaigns have a well-established repertoire of advertising techniques used on street posters, social media, radio and television. Many of these tactics emerge from marketing and public relations, which focus on both communication and persuasion by capitalising on people’s fears and aspirations.

While advertisements like political posters have existed since at least the 1800s, contemporary political marketing is a product of the communication revolution of the previous century. The rapid development of radio, followed by television and, much later, social media, meant politics became fused with the marketing and entertainment industries, while image has become central to contemporary social life.

The problem is not image and aesthetics in themselves. After all, art and entertainment can be used to support emancipatory and humanistic politics. But the importance of image can have sinister political implications if used to manipulate electorates for reactionary and destructive ends.

A sorry substitute
The German philosopher and theorist Walter Benjamin observed this first-hand during the rise of fascism in Europe in the 1920s and 1930s. He noticed that the regimes of Mussolini and Hitler gave their followers a feeling of being participants in history. But this substituted for actual changes in the social power system – the mass supporters of fascism were essentially spectators who traded democratic participation for rule by authoritarian and militaristic strongmen.

“Fascism,” Benjamin wrote in 1935, “attempts to organise the newly proletarianised masses without affecting the property structure which the masses strive to eliminate. Fascism sees its salvation in giving these masses not their right but instead a chance to express themselves. The masses have a right to change property relations; fascism seeks to give them an expression while preserving property.”

Although the fascist regime was militarily defeated in the 1940s, many elements of its “aestheticisation of politics” persisted in the daily marketing and political speech of liberal bourgeois states. The French philosopher Guy Debord argued that the spectacle of consumerism and politics had taken over the role of religion and myth in enforcing social domination.

As Greil Marcus wrote in The Village Voice in 1982, the “spectacle” of consumption is the antithesis of lively public life, civil engagement and democratic participation:

“… one participates in social life as a con­sumer; the spectacle produces spectators, and thus protects itself from questioning. It induces passivity rather than action, con­templation rather than thinking, and a deg­radation of life into materialism”.

The political spectacle was exemplified by politicians like Ronald Reagan, a former actor. He specifically cultivated an image as a smiling and avuncular figure to make his hardline conservative policies more palatable to a mass audience.

Platitudes and promises
The ANC has used this approach in its 2021 campaign with posters and political rallies focusing on President Cyril Ramaphosa, who is presented as a reassuring and caring politician. The party’s election campaign has had the theme of making municipalities better together. At the same time, its official manifesto talks about a new “social compact” to address the problems of municipal corruption and delinquent councillors.

But given the scale of dysfunction in the ANC, these seem little more than platitudes rolled out for voting day. The looming election has revealed just how broken the ruling party is, with its spokespeople admitting that some of its local campaigns have been taken over by criminal syndicates. Meanwhile, vicious infighting and assassinations have continued as ANC members fight to control municipalities and their lucrative tenders and patronage networks.

The toxic combination of political corruption and ruthless neoliberalism has created misery at the local government level. The first-ever democratic local elections were held in 1995. Yet, 26 years later, many who live in South Africa remain without clean water, reliable electricity or waste collection, let alone decent housing and schooling or liveable public spaces.

During Ramaphosa’s campaign stops in Soweto, residents complained about how the ANC only feigns interest in the plight of the impoverished when it wants votes – a perennial issue throughout the country. Ramaphosa, of course, promised to make them his “first priority” before swiftly leaving. This reflects how his presidency and party are defined by spectacle and platitudes without any concrete measures and content.

The ANC’s election campaign is ultimately designed to rubber-stamp its political rule without addressing its internal decline and evident lack of concern for any common social good.

Crass and cynical
But opposition parties are guilty of equally crass and cynical electioneering. The EFF has tried to get votes in the Eastern Cape by buying a Mercedes-Benz for abaThembu king and convicted criminal Buyelekhaya Dalindyebo, and taking him along on its campaign trail in Mthatha.

The much smaller African Christian Democratic Party has tried to court votes from the conspiracy theory-loving Right by pandering to anti-vaccine and anti-mask sentiments, even holding public protests against vaccines.

Most infamously, the DA attempted to capitalise on racialised paranoia in KwaZulu-Natal with posters that endorsed murders that had taken place during the July riots. This reflects how the party has shifted to increasingly right-wing and race-based politics in recent years, which has included leaders like John Steenhuisen and Natasha Mazzone appearing on fringe alt-right podcasts.

Playing on racism or fantasies about borders being swamped by migrants is appealing to the worst instincts of the DA and ActionSA’s supporters. This reactionary posturing is politically dangerous and serves as a distraction from the actual daily issues of local governance.