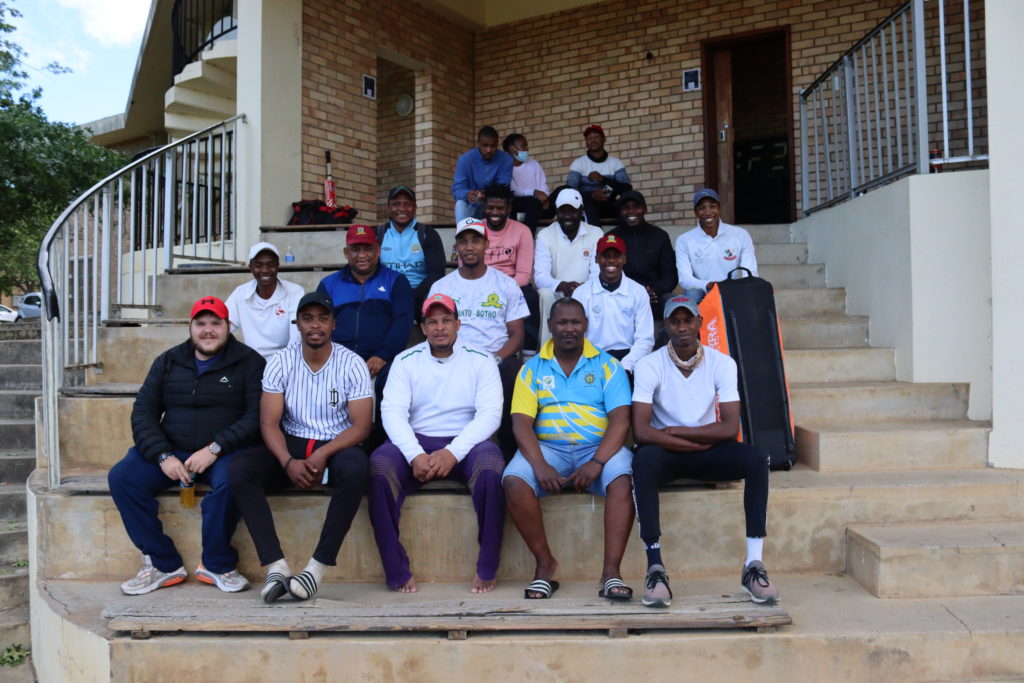 Another round of fixtures in the Grahamstown Cricket Board (GCB) took place this weekend. Rhodes’ first cricket team was involved in an exciting double-header, with both games taking place at Prospect Field. On Saturday, they faced off against Makana Sona.

Rhodes batted first, and their innings got off to a poor start before the game started as they could only field ten players. They got off to a slow start, and they failed to get any partnerships going. Garwin Dampies scored an impressive 64 runs at the top of the innings, but he did not have anyone keep their wicket around him to produce consistent runs. Remarkably, six LBW decisions went against Rhodes, with some of the calls raising some eyebrows by those watching. In the end, Rhodes posted 135/7 in 35 overs (one of the Rhodes batsmen did not bat). The pick of the bowlers for Makana Sona was Sowley, who took 4/25 in nine overs.

Following their loss last weekend against Salem, Makana Sona bounced back with a good win, while Rhodes will be ruing their chances at not picking up a win following last weekend’s loss against Southwell.

Rhodes were in action against Willows Cricket Club on Sunday afternoon.

Previous ArticleWillows, Makana, record first wins, Salem and Cuylerville unbeaten
Next Article Some glitches, but Makana voting off to a brisk start