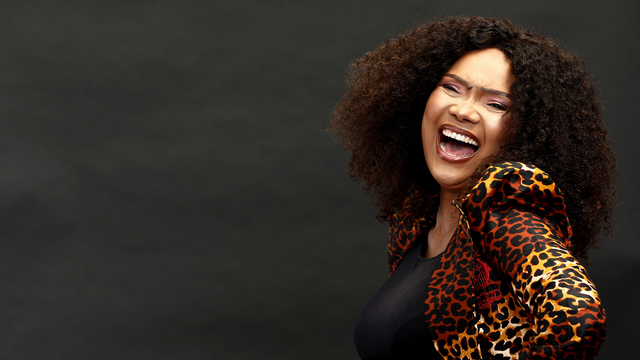 Grootboom is recognised nationally for her significant promotion of national pride and culture through her journalistic career, which spanned 37 years.

Grootboom’s legendary status is derived from her contributions in the broadcasting industry and to South Africa as a whole through performing her career responsibilities in ways that inspired many citizens, even during the most challenging times. Her uncanny ability to connect with her audience through the powerful medium of her language and drawing from her culture distinguished Mam’ Noxolo as the face and voice of the nation during historic national events such as elections. At the height of her career, she embodied the national emotion as the anchor for the funerals of important South African figures.

Rhodes University Vice-Chancellor, Dr Sizwe Mabizela said: “Our nation owes her an unpayable debt of gratitude and appreciation for all that she has done to give much-needed hope to many South Africans in times of national loss and despair and for being a passionate advocate of the isiXhosa language in our society.

“Mam’ Noxolo read the news so beautifully and with such pride. We thought it was important for Rhodes University to acknowledge her many contributions to our society. Her trademark sign-off line “Nanga ngobubusuku ningalala nombethe ingubo yemvisiswano, uxolo, nothando. Ndinithanda nonke emakhaya” will remain her profound and lasting gift of love, peace and care to our nation. Her humility and humanity is something that will never be forgotten. She deserves this highest honour of the University.”

In 1981, she moved with her siblings to Soweto, where she enrolled in a computer course at a Computer Academy. On 1 December 1983, she joined the South African Broadcasting Corporation (SABC) as a typist. After spending three years on the job, she was appointed as a Production Assistant. During this time, she was mentored by senior journalists as her interest at the time was storytelling. Later, she would start serving as a current affairs producer and a field journalist and later became a news anchor.

In 1990, her big break came when she was asked to stand in for the late Mam’ Thandi Mesetywa’s news anchor to read a bulletin. The station was impressed enough that they asked her to continue to anchor the isiXhosa news.

She then saw this as an opportunity to continue the legacy of the broadcast stalwarts who came before her. As a result of being entrusted with critical broadcast events, she was known as “the undertaker”. This, because she was tasked with anchoring live funeral broadcasts of some prominent leaders in the country. She anchored the funerals of high-profile politicians such as Chris Hani, the PAC’s Sabelo Phama, Nelson Mandela, Winnie Madikizela-Mandela, Joe Slovo, Oliver Tambo, Manto Tshabalala-Msimang, Walter Sisulu, Albertina Sisulu, Govan Mbeki, Steve Tshwethe and young prominent, well-known personalities like Akhumzi Jezile.

Many refer to this broadcast legend as “Mam’ Noxolo” because of her eagerness to teach the generations that come after her, to nurture them and transfer skills. She has influenced and encouraged many journalists such as the current SABC journalists Yolisa Njamela, Chriselda Lewis, Group Editor of Eyewitness News and South Africa National Editors’ Forum Secretary-General, Mahlatse Mahlase and well-known news personality, Vuyo Mvoko.

With 37 years of public broadcast service, Mam’ Noxolo read her last bulletin on 30 March 2021. She left the SABC as an Editor of the isiXhosa news bulletin. On this day, she was recognised by President Cyril Ramaphosa, who delayed his national address (during a pandemic) since it clashed with Mrs Grootboom’s last bulletin. The public widely welcomed this gesture on social media platforms.

Television Audience Measurement Service reported that 3,832,686 people tuned in to hear Mam’ Noxolo say “Ndinithanda nonke emakhaya” (translated ‘I love you all at home’) one last time. The impressive number constituted a third of all TV views during that time slot on the day.

“I feel so speechless; I am out of words to thank Rhodes University for the honour bestowed on me. Each event of my life is a life lesson that cannot be merely explained. Even though I had minimal opportunities to further my studies, it seemed as if my dreams about my future were perishing. Today, Rhodes University teaches me that hope is always ignited when it seems as though your dreams are perishing. And when that hope is ignited, it leads you to a new dream.

“Today, I feel like I am a living example to the youth. This is because when you devote yourself to your work, new opportunities open up. I am very thankful to Rhodes University for this opportunity. Only a wicked person despises success. Lastly, my fellow people, I would have failed if I did not express my sincere gratitude to my home language. I am being honoured today because of isiXhosa,” said Grooboom.