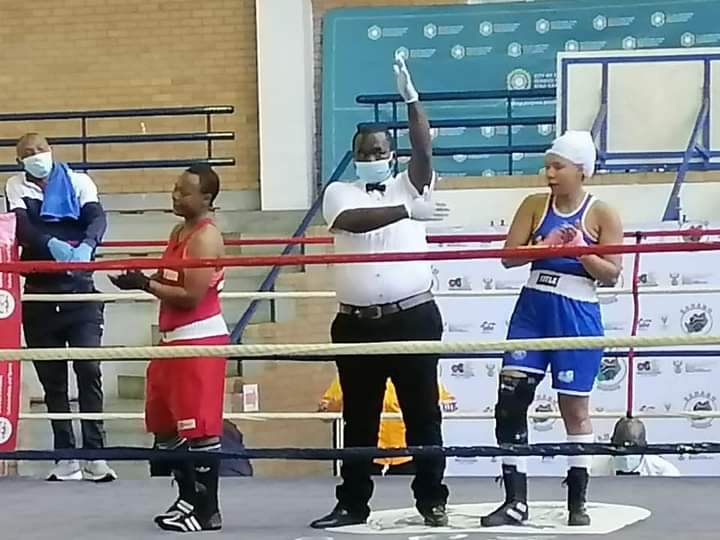 Makhanda came to a standstill this past Saturday as Mfuzo Boxing Camp celebrated its 26th anniversary.

Boxing clubs from all over the province, and Swaziland, kept the crowd on the edges of their seats at the packed Hlalani Community hall. Mfuzo Boxing camp was established in October 1995 by Luyanda “Tyson” Dibela, Given “Wonderboy” Faxi, Simphiwe ” Happy boy ” Matiso, Mfuzo “Majeke” Dyirha and the Mvuyisi “Hands of stone” Tyukana.

This journey has not been plain sailing as they encountered some serious challenges along the way. They struggled to find a venue to train their boxers and to transport boxers to different boxing events. Kit and training equipment were also in short supply. But despite all those things giving up was never an option for this ambitious club.

They have over the years produced local, regional, provincial and national champions. Recently, one of their best female boxers, Siphosethu “Yellow bone” Daweti, came home with a title as she was crowned the SA champion (66kg) in the national youth and elite championships held in Cape Town. Miyolo “The killer queen” Nketsheni came home with silver in the 54kg category.

They are also blessed to have many highly qualified boxing officials in different aspects of the game.

One of the founding members of the club Mfuzo Dyirha was pleased with how the tournament went and thanked all those who participated in this event and promised that next year’s one would even be better than this one.

“This was the best ever tournament to be seen not only in Makhanda but in the entire province,” he said.

The team from Swaziland had a great time with us here and has promised to come back again. The next major event for Mfuzo BC boxers will be from 4-7 November as they form part of the Sarah Baartman team that will compete in the Eastern Cape cadets and juniors provincial championships to be held in the Alfred Nzo District.