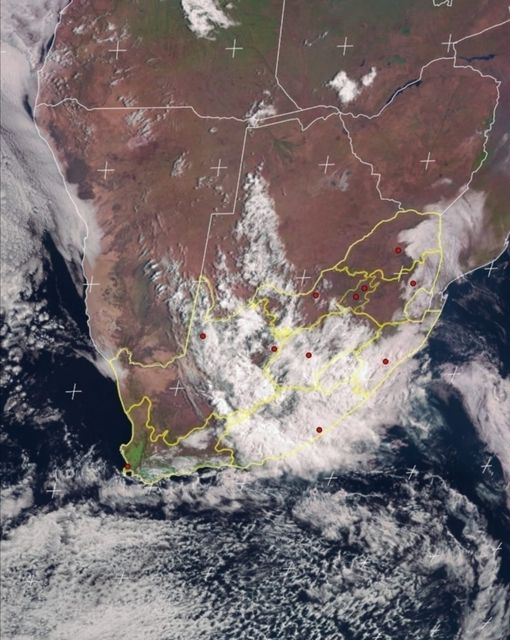 Between 17.1-27.2mm of the precious wet stuff fell on Makhanda before 8 am this morning (Thursday 20 September).

Jim Cambray recorded 27.2 mm from Park Road for the week 23-29 September, with all of it falling on Wednesday evening/night and early Thursday.

“It’s great when the weatherman gets it wrong like this. They said 10-20mm,” Jim remarked.

Robin said friends in Stones Hill and near Kwandwe both recorded 20mm. “So, this was pretty generalised rain and will get the grass and weeds growing nicely.”

East London received a whopping 46.2mm, according to Garth Sampson of the South African Weather Service.

In response to an observation from Paul about the zonal differences between the three Makhanda recordings each week, Jim agreed that these differences could be quite marked.

“This was why we wanted regular recordings from several places in town. Robin and I have been comparing records for some time. Differences can result from the make of the pluviometer, trees in your area, tall buildings, even down to the person who tilts his pluviometer!” Jim said.

“Over time, trees grow, or houses are built that obstruct the rainfall, and thus the recordings vary.”

“Wait till we get a thunderstorm – there are sometimes big differences as they can be quite localised,” Jim added.

Temperatures for the week 23-29 September ranged from 7-32 degrees Celsius.

Will the spring and summer rains revitalise the Howison’s Poort Dam and reactivate our water supply from the western side?

Before this week’s rain, the Eastern Cape provincial water storage lingered below the 50% mark. Dams have been on a consistent decline for months.

The Algoa Water Supply System with dams supplying water to Nelson Mandela Bay was down to 12.1% this week. Kouga Dam within the system was critically low at 5.6%, Loerie Dam had dropped to 33.0% and Impofu Dam declined to 16.9% this week.