The Black Tiger claws back 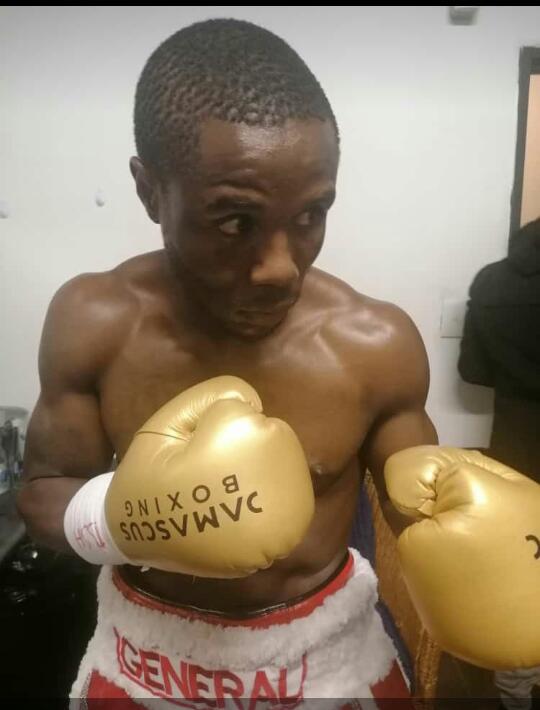 Ndwayana came to this fight with an impressive record of 26 fights,18 wins (16 KOs), six losses and two draws. In the first round, both boxers tried to figure out their opponent’s strategies.

In the second round, Ndwayana caught Kuvesa with a very sharp left hook that caused him to lose his balance and kiss the canvas. Kuvesa came back strongly in the third round, and his clumsy and casual style of fighting frustrated Ndwayana as he also battled with a cut on his left eye, which seemed to be caused by a clash of heads.

Tempers flared at the end of the fourth round as Kuvesa threw a punch after the bell had sounded, and Ndwayana retaliated.

Ndwayana struggled to land some precise punches as his opponent persisted with his awkward boxing style, and he kept on holding him. It was only in the last round that Ndwayana started showing his class as he caught Kuvesa with his accurate punches led by his stiff jab and mighty left hook.

The Black tiger won the fight with a unanimous points decision to the delight of his father and trainer Bulelani Ndwayana.

Ndwayana senior was pleased with his son’s performance: “After seeing Kuvesa’s dirty style of boxing, I told my son to be careful and not fall into his trap. I told him to try and outbox him. I was also not pleased with the treatment that we got from their promoter. My son got into the scale at midday, and they promised to organise food for him after that, but when I got to him around 6 pm, he still had not eaten anything, and I had to buy him food,” he said.

“But, this victory means that we will now become the number one contender for the SA title,” he added.

It was not a clean fight. Kuvesa tried his best to make it a brawl, but Mzoxolo did what he could do under difficult circumstances and he now moves on.