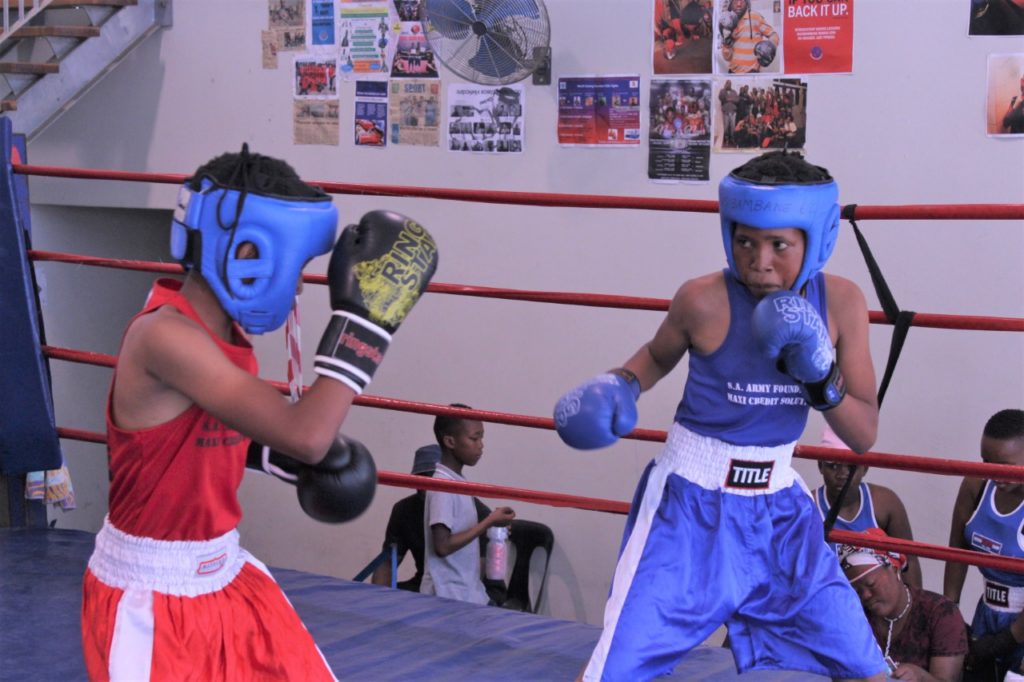 Twin brothers Licebo (red) and Asali Khwethani in action at the Makana Boxing Organisation U17 trials held on the weekend. Photo: Sue Maclennan

On Saturday, the Makana Boxing Organisation held trials for U17 boxers. Masibambane and Mfuzo Boxing clubs took part in the trials while Masakheke Boxing club pulled out.

There were some very exciting bouts, but the one that stood out was Chumani Kondile of Mfuzo BC against Mangaliso Simani of Masibambane BC. Both boxers started like a house on fire, exchanging explosive blows with Kondile catching Simani with an uppercut several times while Simani responded with hard body blows.

Both boxers used the ring well and got the crowd on their feet with their skills and accurate punching. Simani won and said after, “It was a tough fight, and I lost to him in our previous fight, so I needed this revenge.”

Kondile was disappointed: “I thought I did everything to win the fight, but unfortunately, the judges saw it differently.”

A 34-member team was selected, comprising 26 boys and eight girls, that will take on other boxing organisations in the regional trials to be held on 25 September at the Indoor Sports Centre.

Bulelani Ndwayana, one of the coaches leading the local team, was pleased with the team selection.