The football queen bows out 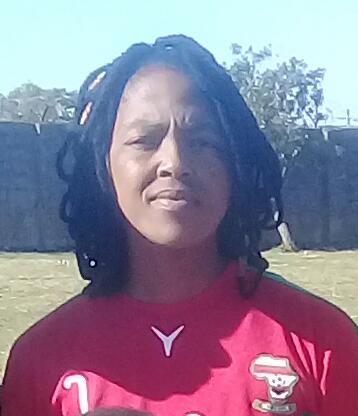 Nwabisa joined African Connection Women FC in 1997 as a 16-year-old and immediately made her mark. She quickly became one of the most feared strikers alongside Thembakazi ‘Blueline’ Cunge and Qhayisa ‘Lovers’ Kepe. She proved to be a lethal striker as she finished as a top goal scorer for Amakonokono for more than three seasons. Her dedication and discipline on and off the field were rewarded when she was given the captaincy.

She led the team to many memorable victories, including four consecutive regional league titles and the then Cacadu games knockout tournament. She also finished as a top goal scorer in the then Sanlam Halala Cup, contested by the best teams in our province.

She is currently African Connection’s all-time leading goal scorer with more than 80 goals to her name. She is one of the three players in our region who were once invited to train with Banyana Banyana. She has also, over the years, proven to be a utility player as she has played in defence, midfield, as a striker and a goalkeeper.

She made her legendary number 7 jersey her own from the word go, and that is the only number she wore throughout her career.

Nwabisa also doubled up as an assistant coach in the last few years of her career and contributed a lot to the development of younger players.

She has survived many injuries in her playing career, including the most terrible one she suffered in East London in the provincial playoffs, where she badly broke her leg and had to sit on the sideline for close to six months without kicking a ball.

Her passion, desire and love for sport gave her enough courage to bounce back and do what she knows best, finding the back of the net. She will grace the field one more time towards the end of the year as a final goodbye to all her fans and football community when she dons the number 7 jersey for the last time.

Nwabisa is a woman of few words as she prefers to let her feet do the talking but has thanked her Coach, who taught her everything she knows about football, her family and friends, her teammates, football fans and lastly, the almighty God who blessed her with talent.

She promised to open up and share all the great memories of her career after her farewell game later in the year.